I spent last week back where I grew up, in the farmland outside Toledo, Ohio, or in other words, my annual Boy’s Week Out vacation.

I swear, it seems like all we did was eat grilled meat and thick pizza, and drink beer.  Well, it doesn’t exactly seem that way; that’s pretty much what we did.

The flight was pleasantly uneventful, and for a further bonus, the middle seat stayed empty.  Score!

My buddy, the VP of Hell No picked me up in Detroit and we landed at our usual haunt, Shawn’s Irish Tavern, within a little over an hour.  There, we met up with the VP’s dad, and my other buddy, the Chairman of Fuck-Off (aka the CFO).

After lunch, we picked up reinforcements from the beer case at Kroger’s and then made way for the VP’s garage, for a night of loud music, stories and a lot more beer.

One of the topics for discussion was how big the VP’s grandson was getting, and how well he’s doing in school.  He’s 12 now, taking classes for “gifted” students, and is even mentoring younger students.  The VP said the boy even had a girl over for dinner.  They told him, “No upstairs and no downstairs.”

I responded, “Was that referring to the house, or his date?”  You never know with 12-year olds anymore.

Sunday, we had the whole circus over for dinner, with the guys’ kids and grandkids in attendance.  The VP grilled up a bunch of chickens… 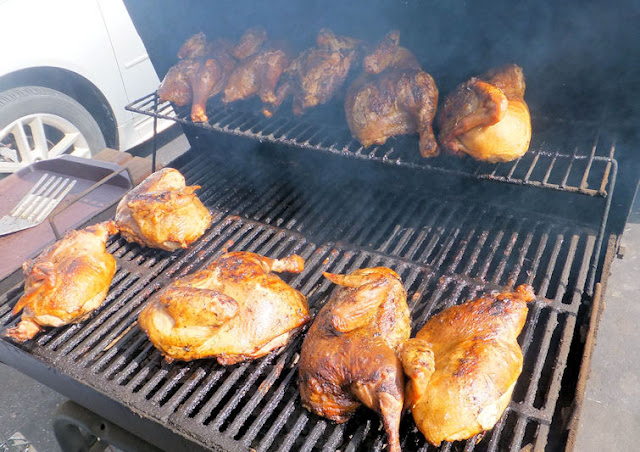 …and made some Water Cooler Corn on the Cob. 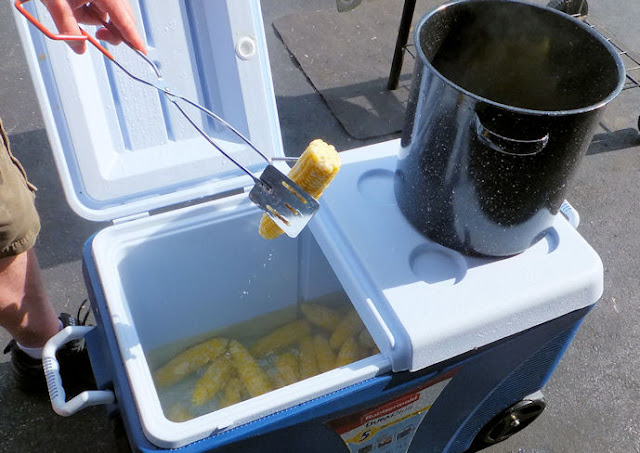 This was our first attempt at this particular method of making corn, but it worked like a charm.  All you do is shuck the corn and put it all in a large insulated cooler.  Then you boil a couple pots of water, pour it in and close the lid.  After 15 minutes, the corn is done.

It really worked out well… it’s a good way to do it when you have to make a large quantity, like the three dozen ears we made.

The next day, the VP had a go at grilling a pork roast.  This one got dicey, as we raced to get the grill going before we had a weather event. 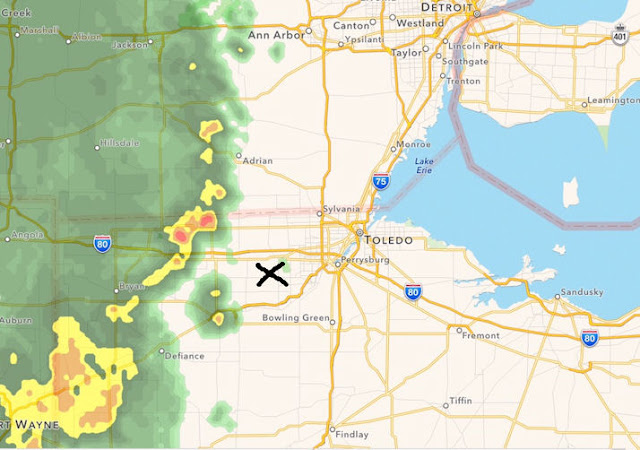 Our little burg is located halfway between Perrysburg and that wall of rain.

It turned out OK, though… 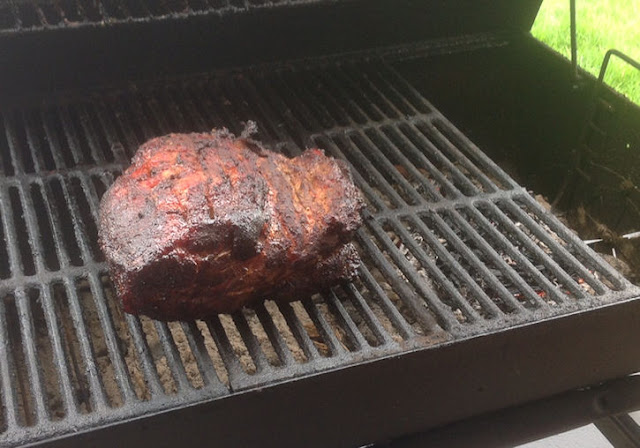 …and the VP turned it into a huge pot of pulled pork.  We barely had enough energy left to make it out to Shawn’s afterward, for the MLB Home Run Derby.

The CFO’s daughter and her boyfriend came out with us, which was wonderful, but weird.  I’m definitely not used to her being old enough to come out and drink with us, but it was a hell of a lot of fun. Plus, it gave me time to properly interrogate the boyfriend.  (He passed.) 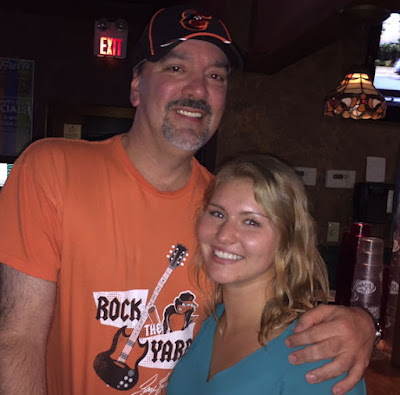 The CFO is lucky she’s such a good girl; good enough not to pull the prank me and the VP were trying to get her to do.

We saw the CFO down on the end of the bar, talking to some young thing… (“young” being comparative, you understand), who seemed to be giving him the googley eyes.  So we were trying to get her to go down there, throw her arms around her dad and go, “Oh, there you are!  Where have you been?  Don’t you know our baby needs diapers?”

Fortunately for the CFO, she was far too skeeved out by that proposition to actually do it.  (And I’m not saying she was wrong; I was only interested in causing trouble.)

Later, the VP was trying to explain to her about how her dad still had needs, which continued to skeeve her out.  I was like, “Dude, Ix-nay on the eeds-nay!”

After the pork on Monday, the VP went for grilling a turkey on Tuesday.  Again, we had to grill through the rain… 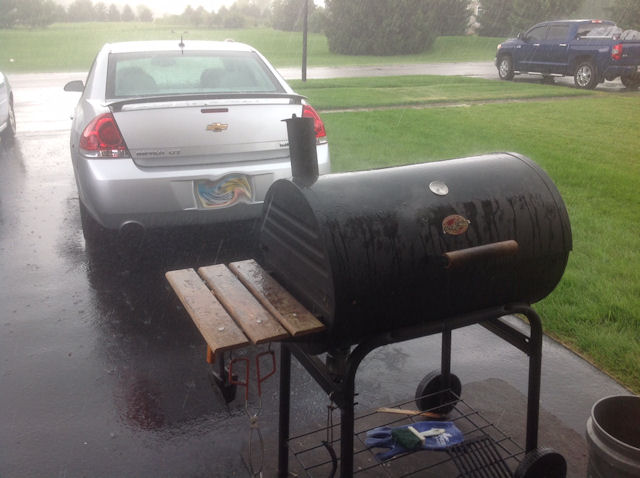 …but again, it came out beautifully, full of rich, smoky flavor. 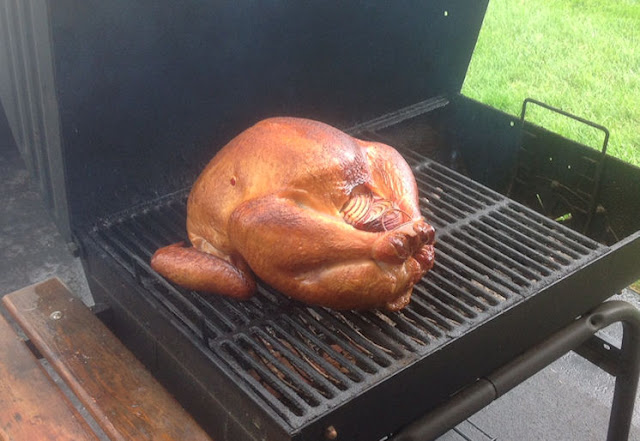 He stuffed it with apples, onions, and bratwurst.

After dinner, we were off to Shawn’s again, to watch the MLB All-Star Game.  Yes, I know we keep going back to the same place, but it’s the nicest bar in close proximity.  I was hoping that I’d run into someone I knew, but that never quite worked out.

Wednesday broke the pattern of grilling out and drinking beer, when the CFO’s daughter made good on her promise to show me around the places she likes in my old (and her current) college town, Bowling Green.  But I’ll have to tell you about it next time or else this will run way too long.
Posted by bluzdude at 8:30 PM