It’s getting to be that time of year when I start scrambling to get my plane tickets lined up for vacation season.  I already have my seats to go visit my parents in May. I’d just like to wait another credit card cycle before I book my annual Toledo flight.

I really don’t worry too much about flying.  I know it will be expensive, uncomfortable and inconvenient, so the bar is set pretty low for an acceptable flight.  In other words, I don’t have big expectations.

However, one recent article did catch my attention.  It seems that recently, a flight had to be aborted about a half hour after takeoff, with the plane circling back to the airport from whence it came.  Why is that?

Somebody dropped a bomb on the plane.

Yes, somebody dropped a deuce in the can that was so bad; it polluted the passenger cabin to the extent that they had to turn the plane around and go back home. 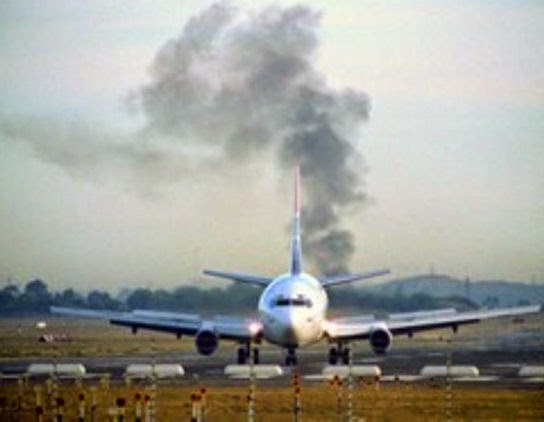 It’s one thing to gas-bomb a car.  I mean, at least you can open the windows, unless the driver does like my brother used to when he and his buddies road-tripped to Cleveland for Steeler games, and activate the window locks just to be evil.

The plane was from England, headed for Dubai, so who knows what this guy had been eating the day before?  He could have been English, or returning home to Dubai.  I bet some bad hummus could compromise some serious airspace.  He should include his diet in a how-to manual, as in “How to Torture a Captive Audience.”  He could market it exclusively to fraternities.

On one hand, I’m as grossed out as the next person.  But on the other hand, you just have to give this guy credit.  (And is there any doubt it’s a guy?)   This dude now has a story for the ages, the next time he’s sitting around the table with his buddies.

“Did I ever tell you guys about the time I stopped a plane with my ass?”

Think of all the factors involved.  People crap on airplanes all the time.  But this one not only had the pervasiveness to foul the whole cabin, it had the hang time to stay a while, and not be nullified by everyone’s “scent fatigue.”  (You know, the way the smell of something fades away after a minute or two of smelling it. It’s the only reason most of us can stay on the hopper long enough to read an article or two.)

I thought an airplane’s air filtration system was supposed to completely filter all the air in the cabin every couple of minutes.  This one must have been overloaded.  I bet no one volunteered to change the filters after that flight…  All the duct-work probably blistered and corroded.

Geez, I wonder if the oxygen masks were activated.  A guy would have to claim ownership if he got the masks to drop down. 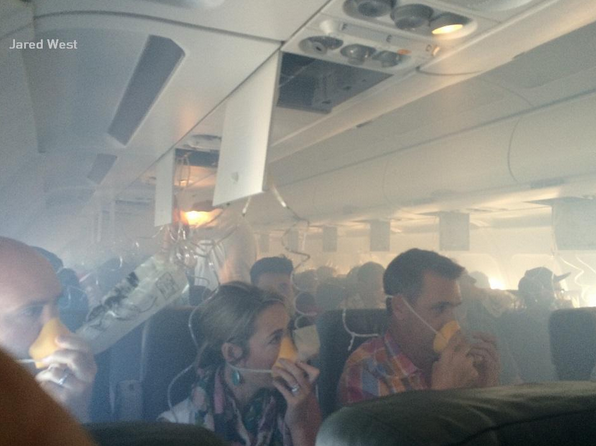 I wonder if the rest of the passengers knew who was responsible.  I’m surprised they didn’t go all Flight 93 on him and beat him to death with the drink cart.  I’m pretty sure I’d keep my head down and blame someone else, preferably someone else’s kid.  Or cat.  Played correctly, dude could have been the mack-daddy of Silent but Deadly.

When I first started out in record retail, my boss had that kind of fumigating power.  We had a back room that was huge, with the rest rooms on one side, and I swear, that guy could render the entire room uninhabitable.  We used to call him King Colon.  I’m pretty sure that whatever he produced in there had the same qualities as the acid-blood from the aliens in the “Alien” movie series.  He probably had a plumber on retainer.

We’d plead with him to please take a break and go home to do his business.   Luckily, he lived nearby.

Maybe he ate hummus too.

Anyway, I hope that plane bomb was a one-time episode, and I don’t end up witnessing number two.
Posted by bluzdude at 7:23 PM