Kids Can be Very Perceptive

I heard another killer story about my nephew this week, that just cracked my shit up.

I’ve told you about little Sammy before…  Like the time when he was 5 and in front of the parents of the Christian Athletic League, upon seeing a goalie putting on his pads, exclaimed, “Those are for his NUTS, Dad!”

You can get away with most anything, when you have such an angelic little face. So, Sammy plays basketball for his school in their 9-year old league, and because they have so many 9-year olds, they have them split into two teams.  My brother and Sam were at the gym, watching the “other” team play, before Sam’s own game, so he could watch some of his friends who were on that team.

One kid, “Charles,” missed a layup on which he thought he was fouled.  He proceeded to have a falling down tantrum about it right there on the court, and carried on until the coach took him out to calm him down.

A few minutes later, Charles went back in and tried to steal the ball outside the 3-point area, which is a no-no.  Upon being called with the foul, he threw himself on the court and staged another tearful tantrum until his father had to come out of the stands and take him out of the game.

Back at home, later that evening, Sam and his mother were sitting in the chairs at the kitchen “island,” while my brother told the story of this boy’s carrying on.

When he finished, Sammy waited a beat, looked up at his parents and very calmly said, “Charles is kind of a pussy.”

They both yelled, “SAMMY!!”  Which they followed by falling out laughing.  I mean come on, how could you not?

My brother’s wife asked if he taught him that word.  He didn’t, of course, but Sammy is a boy, and boys say things and hear things on the playground that would astonish their parents.  (Well, the moms, anyway. The dads have been there.)

I’m sure my brother never taught his son that particular term, but karmically, it’s still his fault.  He may not have taught his son to talk like that, but I know he must have taught hundreds of other sons that kind of language back when HE was the 9-year old on the playground.  He used to say things in grade school that made the teenage neighbor girls gasp. Now, it’s all coming back around.

The funny thing is that Sam’s older brother, Daniel, would NEVER talk like that in front of his parents, at any age.  But Sammy has no such filter.

Sammy is nothing if not his father’s son. 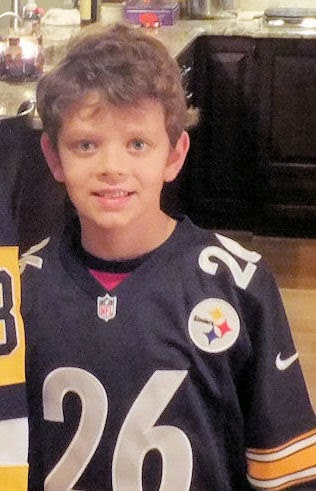 Out of this whole tale, the thing that astonishes me is how a 9-year old kid would dare to have a tantrum like that during his own basketball game, in full view of his friends and their parents.  Over not getting his way!  It just doesn’t compute to me.

If I had ever pulled something like that, I would have “gotten something to cry about.”  And I doubt I would be joining any more teams, until I could show that I’d grown the hell up.

I would have been mortified to cry in front of all those people.  I mean, I can remember two occasions as a child where I cried in public, but both of them involved getting smashed in the face with a baseball.

I wonder if this behavior might come from parents always letting kids win, to feed their ego and spare their feelings. I wrote about that once before, but basically, I’m against it.  It think it gives kids an unrealistic view of their own skills, which will become a problem as soon as they step out of the house and into a real competition.  I’d rather teach my (hypothetical) kid how to lose with grace and class, than make them think they’re better than they are, or they don’t have to work hard to win at something.

I think it also helps with the parental mystique.  I mean, it should be a big freakin’ deal when you beat a parent at something.  A rite of passage, even.

Was Charles so used to “getting all the calls” around the house that he didn’t know how to react when he didn’t?

I don’t know. I don’t know anything more than what I told you. But I have my suspicions. It sounds like a Parenting Fail, to me.

But then what the hell do I know?  As “Another Childless Douche,” the only bundle of joy I’ll ever know anything about is this one: 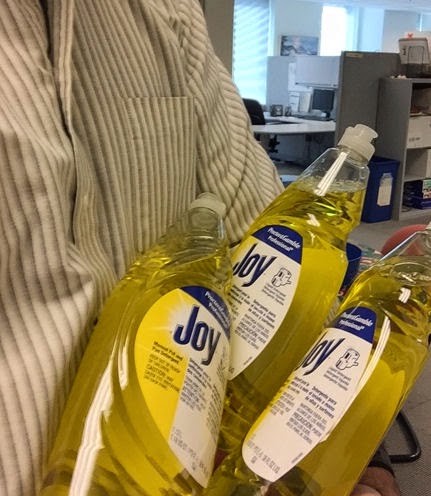 Meanwhile, Sammy will just keep telling it like it is… 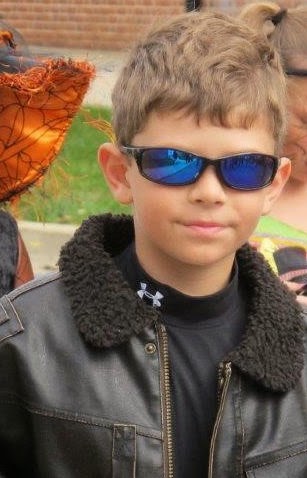