The AHCA is Making Me Sick

I’m sorry I skipped a post last week.  I was at an Orioles game on Monday night and just never got back on track to write.  Tuesday I took delivery of my new 55” Ultra-HD TV, so I needed to sit and play with THAT all night. 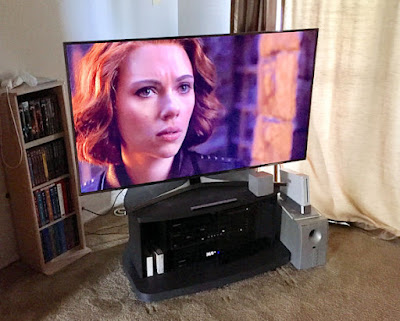 Then I had jury duty on Wednesday, after which I was too worn out from sitting still, to write anything meaningful.
(Once again, I didn’t get seated on a jury.  I was called in with the first group of the day, but after 2 freakin’ hours of questioning jurors, they filled the jury (and 3 alternate spots) before they got to me.

I was just worried that I was going to get stuck as an alternate again, where you sit through the whole trial but are then dismissed if all 12 jurors are still around.  I termed the resulting condition of hearing all the evidence by being kept from doing any adjudicating, “Judicial Blue Balls.”  I don’t recommend it.)

Since I’ve been away, the Senate has excreted its version of the House health care bill.  Written by 13 white men, squirreled away in secret, it is every bit as oppressive as the House bill.  The CBO report came out this afternoon, stating 22 million people will lose their insurance, including 15 million by the end of next year.

This whole thing stinks from top to bottom, from the process to the result.

The Republicans have shown, once again, that they are immune to shame or charges of hypocrisy, by writing the bill in secret, limiting access, and then attempting to pass it with zero hearings and insufficient scrutiny.  You know… all the things they charged the Democrats with doing on the ACA, except the Dems had dozens of hearings and it took months to move their bill through Congress.

In a nutshell, Republicans charged their opponents with terrible things that they didn’t actually do, and then they did all of those things themselves.  That’s hypocrisy.  Really, that’s worse.  That’s lies on top of hypocrisy.  But why quibble?  They know that no one will care by the time we have the next elections.

Both House and Senate bills have proved to be vastly unpopular with American voters.  As such, one might think that would impel our Congressmen to scrap such a hated idea.  But one would be wrong because Republican’s don’t give a rat’s ass what the American voters think.  They only care what the Koch Brothers think, along with the other filthy rich donors who keep their re-election campaigns flush with cash.

And the Koch Brothers want the massive tax cut that goes with the ACA repeal, so that’s what they’ll get.  It’s really that simple.

So far, a couple of Senators have declared that they can’t support this bill.  Some think the bill goes too far, others don’t think it went far enough.  But it doesn’t matter because it’s all completely for show.

Those who think it goes too far, have to say that because they’re in tough re-election fights and have to appear responsive to the Will of the People.  As with the House version, a few amendments or adjustments will be tacked on that sound good but solve very little, and these brave legislators will fold and fall back into line as they’re told to do.  I would expect two pre-chosen holdouts because two is all they can afford to lose.  There are 52 Republican senators and the GOP wins a 50-50 tie, with VP Pence casting the winning vote.  It will be very good theater.

Last time it was Susan Collins of Maine and Lisa Murkowski of Alaska who got the honors of appearing principled.  Maybe it will be someone else’s turn this time.

On the other side of the GOP holdouts, you have the mirrored problem.  Two of these guys are from the deepest of red states, (Texas, Utah) whose citizens have been fooled into thinking the ACA is some kind of Commie plot.  So, their senators also must appear to support the Will of the People and hold out for a more draconian bill.

Make no mistake, they will vote for passage too because they will shoulder significant blame if the ACA is left standing because of their abstention.  And by that, I mean blame from the Koch Brothers, not their constituents.  The Koch Brothers want their tax cut, period.  The rest is just details.

With the intense heat coming down on the GOP, you can see how hard they stick to their guns.  They are willing to take an incredible amount of bad press in order to financially fellate the 1-percenters.  To paraphrase the great sage James T Kirk, “The needs of the 1 (percent) outweighs the needs of the many.”  And they know they are bullet proof.

The next time the key senators have to run for re-election, they know that all that Koch money will be used to manufacture some “outrage” issue which can be used to deflect attention away from their fat cat pandering.

And in the House?  Forget about it.  The last couple special elections have shown that GOP seats are so well gerrymandered, they can survive amid huge opposition money streams.  They’re bulletproof as well.

So the rest of us can hold all the protests we want and write letters all day and all night, march mile after mile, and blog furiously into the night, but it won’t make a lick of difference.

Sure, with a concerted effort, plus increased attention and a lot of dough, maybe Democrats can flip a few Senate seats in 2020.  (Only a couple Republican senators are up for re-election in 2018.)

But the only effective course of action is to play the long game, like the Republicans did, and pack state and local governments with progressive people.  Then maybe we can change some of those congressional boundaries the Republicans are going to court to defend.  And THEN, we can think about taking back the House of Representatives.

But until that happens, all we can do is howl from the cheap seats while the press leaps at every distraction thrown their way.  Meanwhile, conservatives will work on what they do best, conserving their own power and directing the money trough upward, back to their corporate benefactors.

And if you think that’s cynical, I just had another thought.  Perhaps the Republicans know that every person who dies because they can’t get subsidized insurance is just one more opposition vote they no longer have to overcome.  If gerrymandering doesn’t work, they’ll win through attrition.

You know, because they’re the Family Values party and that’s what Jesus would do.
Posted by bluzdude at 6:50 PM