Enough about me; let’s bitch about the state of things!

Obstruct This
I keep seeing GOP accusations and subsequent enraged internet comments that the Democrats in Congress are obstructing presidential appointments, as well as other minor matters such as the current tax giveaway masquerading as a health care bill. 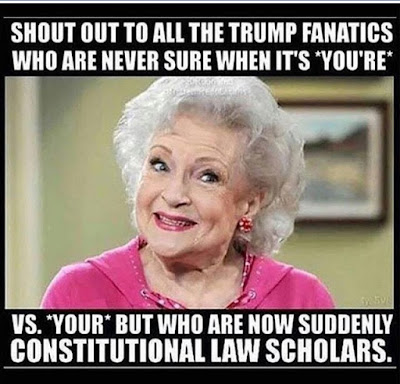 Please. The Republicans spent eight years obstructing President Obama like a three-layer cheese sandwich with a cork inside, on every initiative whether it was good for the country or not, just because it was Obama who wanted it.  That includes stealing a Supreme Court seat for no reason but that it wasn’t their guy doing the seating.

For them to turn around and complain about getting obstructed is ludicrous.  And still, they have to mislead in order to press their point.

For example, in the Fox “News” story I linked above, they claim that the current approval rate of 20% is much lower than it was during the first two years of the Obama administration.

They don’t mention the good reason for that, which is that the Democrats had a super-majority of 60 in the Senate, so it was much harder for the GOP to obstruct.  But then after the 2010 election, which gave them control of the House, and 2014 when they took the Senate, they refused to pass a single meaningful piece of legislation.  If Obama wanted it, they voted it down, simple as that.  Then they spent the rest of their time in session passing poison pill bills with zero chance of being signed into law.  (Like repealing the ACA more than 70 times.) 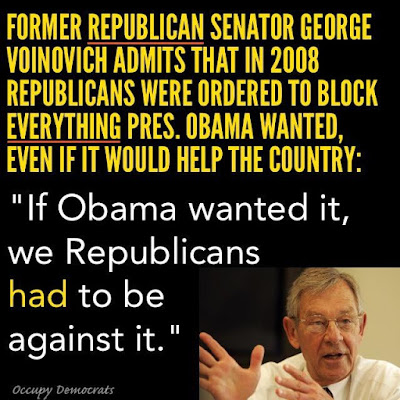 If Republicans don’t like the obstruction now, they can look in the mirror.  They created this zero-sum culture.  Now they have to deal with it.

Time to Get Serious on Police Shootings
Yep, there was another unjustified police shooting this weekend, one which may finally make police forces around the country take a good look at their occupational culture.  This time they really screwed up… they shot a blonde.

An Australian woman who had placed a 911 call to report a sound in the alley behind her home was fatally shot by police in Minneapolis, Minnesota.  Oof-dah.

We know that after the repeated police shootings of black men and black women and white guys who dress like black men, nothing has changed.  The body cameras the cops were wearing, as mandated by all these prior killings, were not turned on, according to the initial police report.  We’ll see what they say in the later police reports.  These things have a way of evolving over time.

Meanwhile, I can just see President 45’s briefing on the matter:

Advisor: Mr. President, we just had another fatal police shooting.  This time it was an immigrant.

Trump: That’s what they get for coming here.  See, I told you we need a wall.

Trump: So we lost another raghead dude, who’s just going to radicalize here and blow something up.  No big deal.

Advisor: No, it wasn’t a Muslim man, it was an Australian woman.

Advisor: As a matter of fact, she was a very attractive blonde.

Trump: Dammit, I could have married her!  Tell all my people… We have to do something about this.  We have to act and act fast.  The American people will never stand for this senseless slaughter of hot blondes.

Advisor: What do you want us to do, sir?

Trump: Figure out how to blame it on Obama.

I know it’s really not a laughing matter; it’s yet another highly preventable tragedy.  But it’s still the same old thing, and now the “shoot first, ask questions later” way of conducting police business has killed yet another innocent human being.

The widespread killings of unarmed black people and resulting protests, riots and unrest haven’t moved the needle one bit.  Maybe that will finally change, now that they’re murdering blondes, and no amount of fluffy “Cop plays with city kids” or “Cop rescues baby ducks” videos are going to repair the damage.

OK, who am I kidding?  Of course they will.  The law enforcement apologists will be out in 3…2…1… go.

Fox “News” Lite
You may remember a post I did in April, taking the Republican-controlled FCC to task for permitting Sinclair Broadcasting to buy up TV stations all over the country.  I said that there were reasons for limiting TV station ownership, mostly because if too many stations were run by one entity, that entity would have an outsized influence over the country’s viewing public.

That brings us to today’s Baltimore Sun, whose TV critic wrote an article about the use of Sinclair’s new extending reach.  In the past, they forced all affiliates to run a 90 second opinion piece three times a week from their “Chief Political Analyst” and former Trump campaign advisor, Boris Epshteyn.  Now they are now requiring that affiliates run his Trump propaganda pieces nine times per week.

And remember, these aren’t all Fox affiliates that Sinclair owns, they’re an assortment of major networks.  But now we’ll be seeing a steady diet of conservative talking points and carefully selected news stories aired, to highlight any GOP successes and Democratic perceived failures.

This is one more part of the creeping Republican power grab.  It’s actually quite brilliant.  They spend big bucks to win state and local seats, which beget governorships.  Once in control of state government, they gerrymander the hell out of the congressional districts and create voter suppressing requirements for elections.

Control of the states’ elective process begets control of the federal government, through which they can change laws that prevent them from amassing even more power and influence, like with banking regulations and media ownership.

The Democrats really have their work cut out for them.

A Fake to the Right
And while I’m talking about media, just keep in mind what “Fake News” really is.  Trump and the Republicans throw that term around a lot, but it’s almost always misused.  Ahem…

Fake News: Stories known to the writer and publisher as false, which are being published, circulated and quoted as if they’re true.

Not Fake News: Stories one desperately wishes were false but are not, or in other words, true stories about bad things one has done.

Whenever you hear Trump or the muttonheads on Fox calling the Russia stories “Fake News,” you can be guaranteed that it’s the latter definition.  The stories about Russian collusion are corroborated and sourced out the wazoo.  (Just because there are anonymous sources doesn’t mean they’re wrong.)

NBC, CBS, ABC, CNN, even MSNBC… they present stories that, though occasionally slanted, are fact checked and corroborated using traditional journalistic practices.  And when something they report turns out not to be true?  Or even if they ARE true but their conformation practices have been violated?  The story is retracted, apologies are issues and heads roll.

When was the last time Fox ever apologized for a story or fired someone for being delivering factually incorrect information?

The most you see is that they stop talking about it… AFTER they’ve gone to great lengths to convince you it really is true.  And by then, Fox viewers have already taken it as gospel.  No apologies, no one gets fired… they just walk it back.

Folks, that’s not journalism and it’s not news.  It is the very definition of Fake News.

Occasionally Shep Smith at Fox will suddenly remember that he used to be a journalist and calls a spade a spade while contradicting his network’s spin.  Then like clockwork, Fox “News” viewers write in to protest, claiming that the Emperor really does have clothes on. 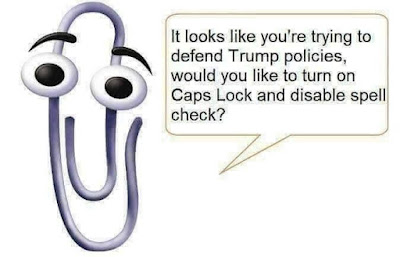 The only thing Republicans know about Fake News is that it’s a term that’s been hurled at their preferred stories, so they just turn it around and hurl it back.

If only they learned what it was first.

Learning requires some basic intelligence. Lab rats have more success than Republicans at this point.