One issue that doesn’t seem to get much attention is the ongoing consolidation of media ownership.

There used to be strict rules about media ownership, with rules limiting the number of TV stations, radio stations and newspapers any one company could own, with special attention toward owning multiple outlets in one market.

I saw in the paper today that Sinclair Broadcast Group, based in the suburbs just north of Baltimore, announced plans to buy Bonten Media Group, which owns 14 TV stations across 8 markets.  Sinclair already owns 173 TV stations in 81 markets.

Uncoincidentally, they made this announcement the day after the FCC relaxed broadcast ownership rules, a choice that plays to the preferences of the new Republican administration.  You rarely see Republicans do anything to impede the prospect of big business mergers.

This also comes on the heels of Sinclair’s prior announcement that they are preparing to buy Tribune Media, a merger which would bring together two of the largest television station owners.

So, why should we care?

Media moves minds, that’s why.  If one entity is servicing several hundred media markets, you have a single voice amplified into all those markets.  Whose agenda do you think it will be serving?

Imagine if a partisan entity like Fox “News” had that many outlets.  Imagine if you had Fox’s viewpoint coming out of NBC, CBS, ABC, CW, UNI and MNT affiliates across the country, all beating the same drum.  People without critical thinking and listening skills (and that’s the majority) can be easily swayed by repeated exposure to a consistent message. 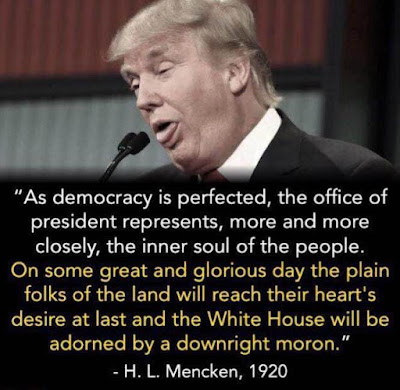 It’s funny though, because what about the liberal media?  Isn’t that the presumption, that the media has a liberal bias?

It’s only a presumption because conservatives keep insisting on it, regardless of merit or data.  There are many arguments to be made but look at it through this one:  If the “media” is so liberal, how come the Republicans are loosening the rules to allow fewer voices broadcast into the market, and the Democrats are against it?

If it really was a liberal media, the GOP would be taking the opposite position and trying to restrict ownership, to allow for a diversity of voices, which would be better to get theirs heard.  But in reality, media companies are some of the largest corporations in the country, prime customers for pro-business, free market conservatism.

Fortunately for us, (thus far), most have independent news departments, who in practicing actual journalism, are obligated to ask hard questions to those in power, whichever party it may be.

The difference is that Democrats answer the questions and Republicans complain about unfair treatment from a “liberal media.”  I mean, that’s part of the strategy, isn’t it?

When you can’t provide a satisfactory answer, blame the one asking the questions.