I meant to write about the 2018 Winter Olympics in the previous weeks, but there was too much for me to cover with the school shootings and NRA vs The Children blood war. So I’m sorry if this is a couple of weeks too late. After the last three posts, I’m due for something goofy.

I’ve written about various angles of the Olympics before; Favorite Olympic Moments, Endless Conspiracy Theories, US vs Russia in Hockey, for example. This probably won’t be so singularly organized… call it “Free-Floating Olympic Thoughts.”

DVD Director’s Commentary: Damn it! That’s a good title. I’ll have to amend the half-assed title I was working with, “Belated Olympics Post.” Just a peek into the Creative Process…

One of the things I like about the winter Olympics is that the events seem so exotic. I mean, with the summer games, you have people running, jumping, swimming, diving, throwing things and punching each other, all of which are somewhat routine activities. But the winter games? It’s bobsleds and snowboards and skiing off ramps and skiing while shooting guns and racing around on ice and yelling at rocks as you slide them across the ice. It’s anarchy!

The short track speed skating relay is a blast to watch. The teams have to pace the contestants on the inside of the oval and then tag in while the other drops out. It looks like someone fastening a giant zipper.

Bobsledding looks like a lot of fun to do, but only if you’re the driver. The other guy, (or multiple guys), get about five seconds of furious activity while pushing the sled out of the starting area and then they have to hop on the sled and bury their head in the spine of the dude in front of them. THAT looks like it has all the appeal of being smuggled into a drive-in theater by hiding in the trunk. You just have to hunker down until it’s over.

Luge and skeleton look terrifying. Those are the one-man sled sports; with luge, you go feet first and with skeleton, you go head first. Gee, I wonder why they named that activity “skeleton.” They probably have a graveyard right beside the training course.

I’m fascinated by the half-pipe sports, especially the snowboarding. It always makes me wonder how you learn how to do that stuff. I mean, how do these kids survive practicing? Even landing on pillows, you can jam your neck clear into your chest cavity. My theory is that they’re actually aliens, and can telescope their necks up and down like E.T. 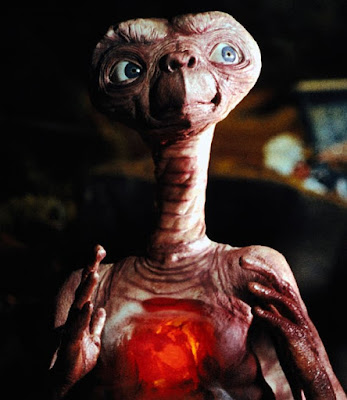 And who has more fun than the snowboarders? They all looked like they were having a ball… except for the ones who fell on their heads from 15 feet in the air. But Chloe Kim looked like the belle of the ball. I guess winning a gold medal at 17 will do that.

I was glad Shaun White won too, as the old man of the bunch. But I literally gasped when I saw him dragging the flag on the ground while he was in the throes of celebration. I was like, “Oooooh, they’re gonna be on his ass about that tomorrow…”

And they were, but maybe it’s our short attention spans, but it didn’t seem to blow up into the scandal I thought it would. Maybe it’s because he was a white dude. If that was a black dude, I’m pretty sure Mike Pence would have paid a biathlete to shoot his ass.

And by “biathlete,” I mean someone who competes in the biathlon, which is a mix of cross-country skiing and target shooting. If it was a “bi-athlete,” Pence probably would have paid him to shoot himself.

Another favorite of mine is the alpine skiing… the slaloms and the downhill. The downhill is especially entertaining just for the pure speed, as the skiers fly down the mountain going over 60 mph over packed ice. And it also doesn’t hurt my attention span that the US has a couple of skiers who are practically runway-model beautiful. In addition to being two of the best in the world, Lindsey Vonn and Mikaela Shiffrin are both stone-cold gorgeous. 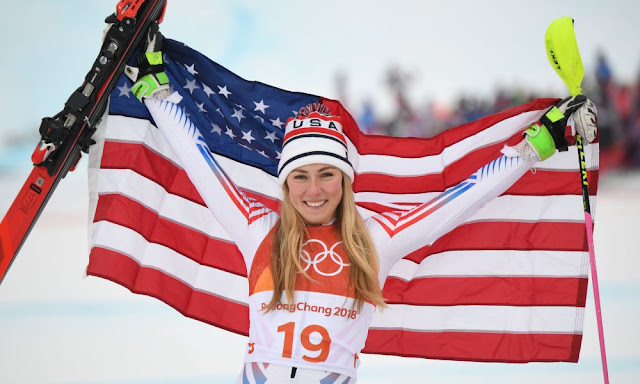 I felt bad for Vonn, who after missing the previous two Olympics with injuries, didn’t have the best of runs at this year’s games. I hope she retires before breaking any more bones. Shiffrin did well, though, with one gold and one silver. She has many more years to win medals and break limbs (and hearts).

As opposed to in years past, I watched very little Olympic hockey. This time there were no NHL players in the games. The US team looked like a motley collection of college kids and NHL retirees. They weren’t too inspiring as they failed to even make the medal round.

I was thrilled for the US women’s hockey team though, who beat Canada for the gold medal. That had been a big Canadian monkey on their back for a number of years. As it often does for these two evenly matched teams, it came down to a shootout, which the US won when our player pulled off a glorious triple move before burying the shot.

One thing that always bugs me: the way photographers always badger gold medal winners into posing while biting their medal. Can we please stop this? It's as pointless as it is trite. These aren't 1800s gold prospectors, they're elite athletes. And curlers. If I was a gold medalist, I'd shut that shit down in a hurry. They'd be like, "Hey, bite the medal." And I'd be like, "Hey, bite my ass, you no-talent hack! Why don't you go somewhere and grow an imagination?"

I didn’t watch very much ice skating either. I think the problem was because of skating’s popularity, NBC used it to anchor the nightly broadcast by putting it last. That way, they could flog it all night long to keep people watching. I mean, it was all prerecorded… they could have led with it at 8:00 if they wanted to. Meanwhile, I was ready for bed long before the “good” skaters performed.

In the end, the US won 23 medals, which was their lowest total in 20 years. But look how far they’ve come… in 1980, the year of the Miracle on Ice, the US only won 12. And there were only six golds: the one for the hockey team and five by speed skater Eric Heiden.

Now that the Olympics are over, I kind of miss them. For two weeks, there was always something on TV. But on the bright side, I no longer have the Olympic Fanfare trapped in my brain for days at a time.
Posted by bluzdude at 7:53 PM