There’s been a bit of upheaval around the house this week. Our Governor is forcing teachers back into the schools, effective 2/22/21. It is not going over well for a number of reasons. My wife, Sweetpea, is a veteran 1st-grade teacher, so this hits home.

Like I alluded to a couple weeks ago, they don’t really have a plan to restart schools safely. All the Powers That Be want is the schools to be open, period. Parents are pushing this as well, as one might expect. Everyone agrees that in-person school is best for kids, for educational and social reasons.

The problem is, in our school district, they haven’t made any plans to make this work effectively. First of all, students are only going back two times a week, so it’s not like parents are just sending their kids off to school again like before. Half the class comes in for two days, while the rest stay home and participate remotely. Then they switch for two more days. This leaves the teachers having to teach both to the class and to the home kids via laptop.

How do you think that’s going to work with first graders? They can barely hear under the best of circumstances, with the teacher speaking right into the mic. How is it going to benefit the in-person kids if teachers have to spend the day with them talking into their laptops? Now, both sets of kids will get a half-assed attempt at teaching.

And don’t say they can just wear a Bluetooth headset. Headsets are out because they won’t work with the face shields they have to wear. And buy, too. The teachers here have to buy their own PPE, cleaning supplies, and do the cleaning.

Sweetpea’s school provided her with one face shield. This is it: 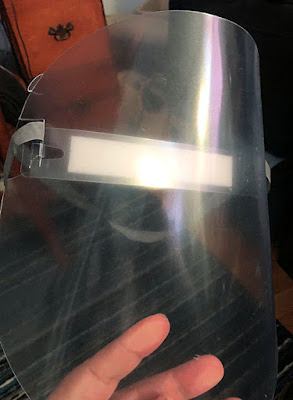 It’s not even clear! Looking through it is like looking through an old shower curtain. It’s ridiculous. But it allows them to claim they handed out some equipment.

Kids are required to eat lunch in their classrooms, which means they’ll have their masks off. The teachers are required to be in there with them. Kids are also required to remain 6 feet apart, so all that “socializing” people have been clamoring for will be limited.

Forcing kids and teachers back into school under such circumstances is not only guaranteeing ineffectual teaching, it’s downright dangerous. The Governor is going around saying that teachers are vaccine-eligible, but there’s no goddamned vaccine to be found!

Sweetpea had an appointment today to get her first shot. But they emailed her yesterday to cancel it, saying the facility at this time was only for second shots. And you should have seen the email… it was atrocious. At first, I was sure it was some kind of hoax because the grammar was so poor and the construction was awkward. It wasn’t until I matched the confirmation email she got Sunday morning with the cancellation later in the day and saw they both came from the same email address, that I believed it was real. They should be ashamed of themselves.

She’s back to square one with trying to get the COVID shot, and it’s like the Wild West out there. No one knows what to do or where to go. There are multiple places to register, but none that do so effectively. There is a gaping need for a single source, whether it’s state-run or federal. There should be one place to register, determine eligibility, track progress, get news on vaccine stock in hand, and notify you when to make an appointment. The slap-dash program that Maryland (and many other states) are rolling out is criminal.

This new plan is dangerous, the educational process will be noticeably less effective, there will be little social upside, so why bother? Because parents want their free child care back. That’s it.

And that’s fine. Just don’t pretend that it’s for the good of the child.

Now that I’m good and pissed off, let’s debunk some shit. 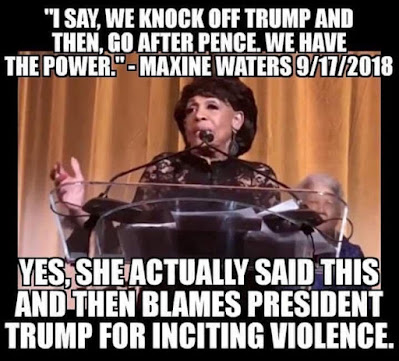 I knew the answer to this one right away, not because I was familiar with this particular speech, but these kinds of Republican memes are almost always out of context, if not just made up. And once I looked it up, I was exactly right. Rep. Waters was talking about “knocking off Trump” in the upcoming election, not killing him.

Republicans know this, but they’d rather stir up the rednecks by using one of their favorite whipping girls, a Black woman US Representative. (Ms. Waters used to be target #1 until AOC drew the fire her way.) They know their cult will believe it instantly and forward it around to all their friends, who will also believe it. They know no one will bother to research the quote.

So when it comes down to it, this is an apple to oranges comparison… equating a call to defeat someone in an election versus calling for the murder of political opponents on top of a real, armed, angry mob storming the Capitol with intentions to do just that.

This meme tells you everything you need to know about the modern Republican: 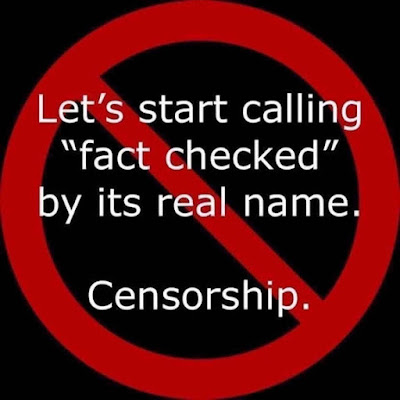 Do you mean to tell me that you can’t have a political discussion without lying through your teeth? Even if I thought this, I’d be too embarrassed to admit it in public. And this is from the self-proclaimed Family Values Party. I know in MY family, our values were that you shouldn’t lie and if you did there were sanctions.

Republicans have brought lying to an art form and now they want to look for cover. It’s funny how aggressively they misunderstand the concept of free speech. What they really want is freedom from the consequences of saying dumbass things.

But I understand. Their entire party is built on a stack of lies. It’s practically the Republican platform (if, they ever bother to create another one.)

Trump won the election but it was stolen from him.

The people coming to the United States at the southern border are mostly criminals.

There is no white privilege.

Economic breaks at the top trickle down to the bottom.

Being gay is a choice.

The Democrats’ only position is hating Trump.

Every one of those statements is demonstrably false, but it’s still Republican dogma.

I’m sorry, I don’t believe our ancestors fought for the right to spin fantastic lies in the search to acquire and maintain power. If you feel that in order to win people to your side you have to be untruthful, exaggerate, or use words out of context, your side isn’t worth being on because it’s empty inside. Make your case truthfully or shut the fuck up.

I thank my lucky stars every day for the availability of fact-checkers because they do a tremendous service to the country. If we can’t separate fact from fiction we have no chance of living in an effectively run nation.

I am most thankful that I don't have a kid in the game so to speak. This is tough on everyone. Teachers and students. However it's been a freaking year, why can't they figure out something better? My neighbor was a teacher and this is her first year of being a asst. principal. She said it was a nightmare that no one knew what to do. She speaks up but has little weight so they won't take her advice. She said it was frustrating to not at least try some different things. She said to me, "Why did i want to be a principal? No one listens and I think I could do more being a teacher now" I told her to keep being loud, eventually they will hear you even though it sucks to have to do that.

A friend gave me one of those masks a little while back, and that's the perfect description of how it feels when trying to see through it.(lol) This school situation is just something else across the board, and frustrating for so many parents, kids and teachers. It just amazes me that it's 2021 and there are still people in the world who believe that being gay is a choice, and something that can be turned on and off at will. I'll bet that those in the LGBT+ community who have been ostracized, physically or verbally abused, or worse - dead, would beg to differ. Sending some hearts over to you and Sweetpea. If you eat chocolate, may you have lots of it, along with hugs for Valentines Day. RO

As it turned out, there's a film on that shield that's supposed to be removed. How did we find out? We ordered other shields from Amazon and they came the same way, except they had instructions on how to remove the film. Otherwise, there was no way to know that.

This situation has been taking a real toll around here. Teachers are being asked to put their lives on the line in order to teach less effectively. Their planning time (when they put together the week's lessons) is being chipped away at by required meetings and "personal development" courses, and they're being expected to teach remotely up until a Friday and then start teaching in class on a Monday, with no building access over the weekend. Many, like my Sweetpea, feels that she's being put in an impossible situation.

All because the Governor wants free daycare back. What he seems not to realize is that the parents are still stuck because the jobs and economy are not coming back until the virus is handled. And we're a long way from that.

Republicans are insisting we trade teacher's lives for child care. That's what it's come to. (No, Sweetpea still can't get an appointment for the vaccine.)

There are a lot of people in the system yearning to create something wonderful, but to me, it looks like "upper management" gets in the way.

One of the obvious (to me) answers, is to have one teacher handle the online teaching and divide the in-person kids between the remaining teachers. Trying to teach to both audiences guarantees failure.

And I reiterate, it's criminal to ask teachers to go back without being vaccinated. The PTB don't want to spend the money to bring the students back safely.