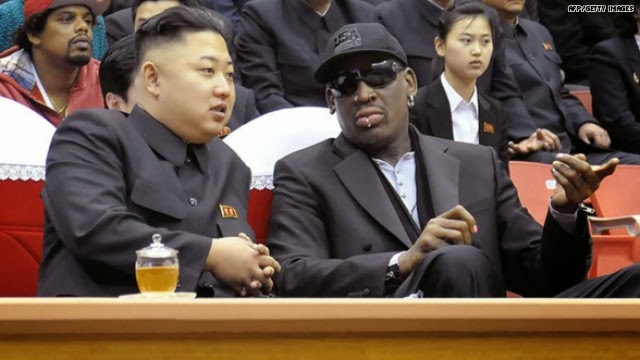 Here’s what I think happened:

It started when Kim Jong-Un assumed control of the North Korean government, after the death of his father, Kim Jong-Il, (who was assumed to have succumbed to extreme roneriness.) 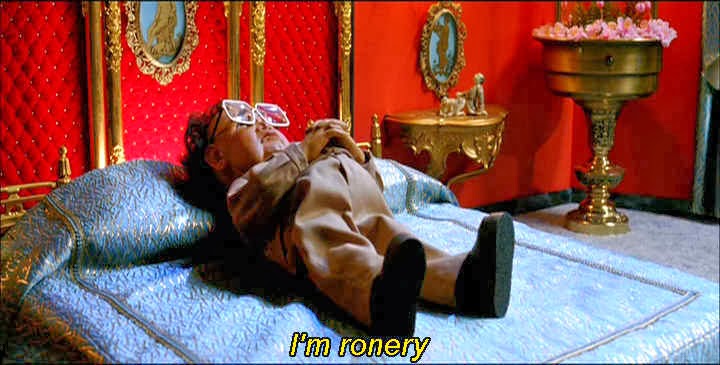 The US Intelligence Community had minimal information on the doughy new Dear Leader, and were badly in need of intel.  In an Oval Office meeting with the President, they discussed a variety of ways to get ears on what was going on.  Playing on the reported North Korean fascination with American sports and popular culture, one of the NSA guys suggested recruiting a famous athlete to do their bidding.

NSA Guy: We need a crazy brother who won’t raise any eyebrows by going over there.

President Obama: Are you sure we need an athlete? I can always send Biden… Nah, he’ll probably accidentally sign a treaty or something.   No wait… I’m from Chicago… I’ll just call Dennis!

NSA Guy: That’s just stupid enough to work!  But what if he gives it away?  He’s not the most focused dude…

CIA Guy: We won’t tell him!  Mr. President, you contact his “people,” and get them to invite themselves to North Korea.  They’ll bite… they’re crazy for ballers.  Then we tell Dennis to get himself a new piercing for the occasion.  But we’ll send one of our people in the shop to plant a bug in the stud.  He won’t even know we’re listening.

Obama: Right!  Then we just send him off to go have a good time, and we’ll get a flavor for what that crazy fuck is up to.  No one will ever suspect our role, because it just looks like Dennis being Dennis, acting all…

Everyone in the room: Batshit crazy!

[Fist bumps all around.]

See?  It all fits.  And you know that Uncle who Kim Jong-Un had executed?  He probably disparaged Dennis’s tattoos.  And the rumors that he was fed to the dogs were probably started by Dennis, due to a translation error.

Rodman: Hey Un, your uncle been bustin’ my grill, dissing my tats.  But what do you expect from a muthafucka when y’all feed him dog?

Director’s DVD Commentary: When I came in to work today, two of my cube-mates were discussing what the hell Rodman was doing over there, and while I was pouring my morning cup of water, I came up with this hypothesis and whipped it on them.

For what it’s worth, they thought it was totally plausible.

You know, after this post runs, I better keep an eye out for NSA guys on my tail.  And re-watch The Pelican Brief.