I could not WAIT to tell you about this, but alas, I had to because my day with Kernut had to come first.  But still, get a load of the dream I had last week.

I dreamt I was the recently-crowned King of a small African country.

Seriously!  I couldn't believe it my own self!

But you know how it is with dreams... No matter how far-fetched and ridiculous, in the dream, it all makes perfect sense and you just go with it.  And I totally went with it.  Here's how it went.

The dream began with me being set up in a kind of kingly bedroom/ready room, just off the main "throne room."  It wasn't traditionally opulent, but it was nice, like a very old but upscale hotel suite.  It was kind of dark, with plush drapery.  And that's when it hit me that I was now King of an African nation.  Which nation?  I have no idea. For purposes of this post, I'll call it "Burundi," as referenced in the 1993 movie, "Dave." 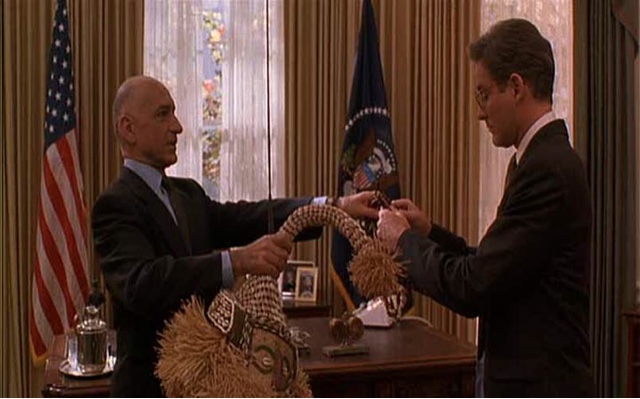 "They know hats in Burundi."

That totally works for me, because I know hats in Baltimore. 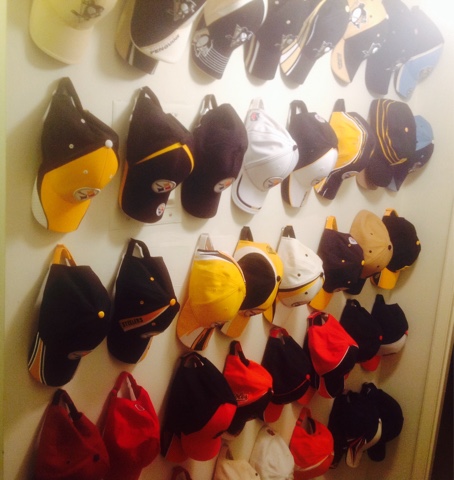 As I was getting set up, someone from the Royal,Staff brought me breakfast, which was cool.  But the eggs were runny, which was decidedly uncool.  I debated with myself as to whether or not I should send them back, because in my non-dream world, I rarely send my food back, for anything short of an insect infestation. But then I thought, "Well hell, I'm King, after all... I can send my food back if I want to!"

And in that moment within the dream, I celebrated the fact that I could now quote Mel Brooks' "History of the World" and mean it when I say, 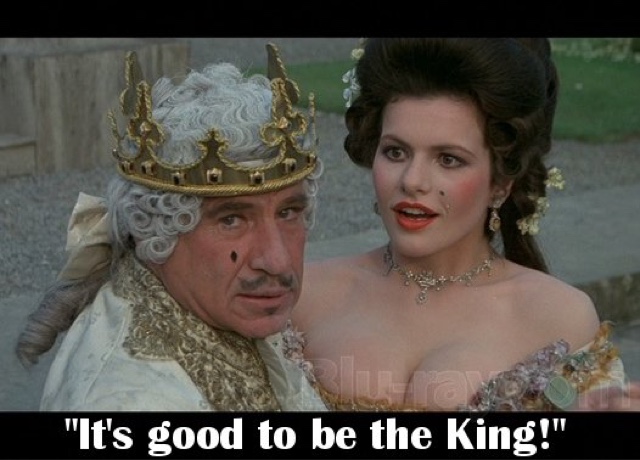 As I waited for my less runny eggs, I began to consider the work before me.  I liked this gig, so I figured I'd better be a good King; a benevolent King; a King who got shit done.  My first decision was that I'd need to get a computer in the room immediately.  I'd need it to keep up on current events and to learn about my new domain.  I also decided to wear regular clothes, to better look the part of Man of the People.  No fancy robes or scepters for this guy.

My next thoughts were for my "subjects."  What would they need to make their lives better? Jobs!  If people were busy making a good living, they'd have less time to plot my overthrow, wouldn't they?

So how would I get them jobs?

Aha!  They could build a wall, to keep out the neighboring country, with whom we were at war.

Yes, I know, you don't have to tell me.  Here I am proposing an idea straight from the Trump camp.  My subconscious is guilty as charged, although there ARE some key differences.

First, we, (the good people of Burundi and I), were being attacked by a bordering nation, so it was a public safety and security issue.

Second, my regime was paying for the labor, and you bet your ass my worksites would have been OSHA-approved.

Third, look; I'd only been on the job for a couple of minutes... And I hadn't even eaten breakfast yet.  I'm sure I'd have come up with something else shortly.  I was just spit-balling there.

Next, I realized that providing jobs was only part of the solution.  I had to publicize my plans.  But how?

I decided I needed to set up a Twitter account, like @KingBluz or something, but I had to wait until I got the computer I just asked for.  So much to do and there I was, waiting for tech support, like a peasant. And where were my damned eggs?

Luckily I stopped myself short of demanding everyone's heads.  Only five minutes into the job and I was already flirting with becoming a primadonna.

For the rest of the night, I was in and out of dreaming sleep, but in those half asleep stages, I kept returning to my royal duties and grand plans for the good people of Burundi.

I woke up with the radio, as usual, listened to the news and thought about the day's business ahead, (none of which had to do with walls or Royal Twitter accounts).  I got out of bed to begin my morning   Suddenly, in the shower, the details of the dream came washing over me and I was like, "Holy shit!  Where the hell did THAT come from?  What the F..."

It's good to start the day off with a laugh.

Well damned if I didn't just get the chance.  I just wish I could have worn the crown for more that 10 minutes.  Burundi would never be the same.
Posted by bluzdude at 7:13 PM