I thought it was telling that the Speaker of the House canned the congressional chaplain. According to the Speaker, members of Congress complained to him that they weren’t getting their pastoral needs met. Seriously.

Maybe the other Congressmen expected their Chaplain to wear a derby and drawn-on mustache. (Ignore homophones at your own peril!)

I think the fired Father should have returned with a sheep, and said, “Here, this is for your pasture-al needs.” (So they could fleece it. What were YOU thinking?)

The scuttlebutt is that Father Conroy offered some words in a November prayer that ran contrary to prevailing Republican thought… concern for the poor.

He said he was hopeful that the lawmakers would “be mindful that the institutions and structures of our great nation guarantee the opportunities that have allowed some to achieve great success, while others continue to struggle” and that they “guarantee that there are not winners and losers under new tax laws, but benefits balanced and shared by all Americans.”

Following that statement, according to Father Conroy, Ryan told him, “Padre, you just got to stay out of politics.”

I think he should have ordered Ryan to the confessional box right then, for using such a douchey term like, “Padre.” Who does he think he is, John Wayne? I bet Tony Gwynn is rolling over in his grave. 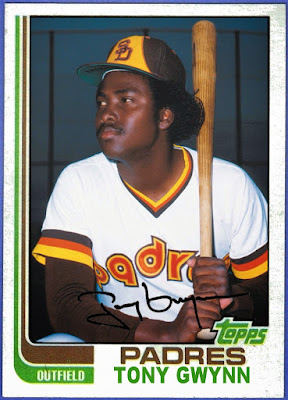 I’ve long held that Republicans use religion as a fig leave to cover up their most un-Christian acts, like the tax bill in question, which filled the coffers of America’s wealthiest and (temporarily) threw some scraps to the rest of us. They talk a good game about family values, as long as it’s the Walton family or Koch family.

The good Father called them on it by bringing up a central tenet of that Good Book they all claim to hold so dear. And that, of course, was evidence he was neglecting their pastoral needs of providing religious cover while they tried to pass Sheldon Adleson through the eye of a needle.

Mark Walker, (R-NC) said the new chaplain should be someone with a wife and family, thus disqualifying any and all Catholics from the job.

If that’s true, I’d like to know what these “pastoral needs” are, with which the Congressmen need help. Biblical cover for schtupping the congressional pages? Or someone to tell them that it’s wrong to bang the interns?

If they’re worried about staying on the straight and narrow, they should skip the Chaplains and get some Congressional Nuns in there. In my experience, nuns have shown quite an aptitude for scaring you into doing what’s right. They can't be bargained with. They can't be reasoned with. They don’t feel pity, or remorse, or fear. And they absolutely will not stop, ever, until you behave. A nun is like a cross between a penguin and the Terminator. Let Representative Libido (R-AL) explain his pastoral needs to Sister Mary Urethra. That’ll set him straight…


Anyway, after some exhaustive research, I managed to find the real reason some of the Congressmen were complaining about Father Conroy. In fact, one of them wore a wire to Confession and the FBI just leaked the tapes.