Even as we’re about to turn the calendar page and put out the dumpster fire that was, the same misguided arguments continue to circulate. Here are a few more from last week’s Facebook browsing.

The Right is desperate to deflect blame for the lack of COVID relief for Americans, so they’ve become heavily invested in the fact that foreign aid was also included in the omnibus bill that was passed, and eventually signed by the Current Occupant. I’ve seen a lot of this sentiment online. 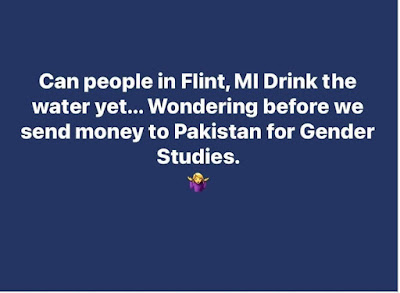 There is so much wrong with this I barely know where to start. But the first point has to be, “The Republicans have been in charge for four years, completely unimpeded for the first two. If it’s so important to them, why didn’t they address the water situation in Flint?”

Answer: Because they don’t give a shit about the people in some woe begotten city in Michigan, except as a fulcrum in bad arguments for not doing other things that would help average, suffering, non-Fortune 500 board member Americans.

Another point is the obvious lack of understanding about how this Omnibus bill was put together. Several bills were cobbled together to ensure passage in a short period of time. Merely an exercise in expediency. So pretending that the COVID bill is larded with pork for other countries is misleading, intentional or otherwise. Do they think this is the first year the US has doled out foreign aid? It’s not. Do they think that only the Democrats approve of foreign aid? They don’t.

Foreign aid is passed for a number of reasons:

·        It keeps shaky countries from collapsing and possibly falling under the influence of our enemies.

·        It gives us leverage to influence their behavior and national policies.

·        It gives the government leverage to promote American businesses expansion into their countries, which is probably why the Republicans sign on… there’s money to be made by their benefactors.

·        It’s the right thing to do on a humanitarian level, for the richest country in the world to help out some of the poorest.

The most direct critique of this idea of foreign aid in the “COVID Bill” is that the two are not mutually exclusive. Who says the government can’t do both. And it’s not the Democrats who are holding up COVID checks, it’s the Republicans because they just don’t want to do it. Watch how fast and overwhelmingly they vote down the House’s stand-alone $2000 check bill.

As I’ve said before, this COVID crisis reached emergency status because the party in power believes, right down to their DNA, in not doing the one thing that is required in this situation… the direct cash payments to average Americans, without first running them through private businesses for skimming. A dozen other countries shut down their businesses and issued regular checks to their citizens so the virus could be contained without crashing their economy. And that’s why they’re in recovery and we are still spiking and have been banned from traveling to their countries. The federal government didn’t take it seriously. Half measures will not solve the problem.

The Republicans will counter by claiming “poor” and point out that it runs up the deficit. To which I say to fuck right off. No Republicans complained when Trump’s tax bill went through in 2017 and the deficit exploded, even well before the strain of COVID. That says they don’t really care about the deficit at all, other than as a means to keep their opponents from helping people who don’t do them any good. They only worry about the deficit when someone else is doing the spending.

We need to get a handle on COVID right now and worry about the deficit later. If we don’t, the economy will continue to crater and people will continue dying at a record pace.

Yes, we have vaccines now, but not nearly enough. It’s going to take the better part of this year to get enough people vaccinated before we can live anything close to a normal life again.

A lot of people are angry about politicians getting vaccinated ahead of, well, fill in the blanks… health care workers, teachers, retail workers, etc. I think we need to have a functioning government so I’d include politicians as essential workers, with the following exception: Anyone who belittled the virus as a hoax or overblown or just the flu should fuck right off too, along with those part-time deficit hawks. They can share an Uber to FuckOffsville. 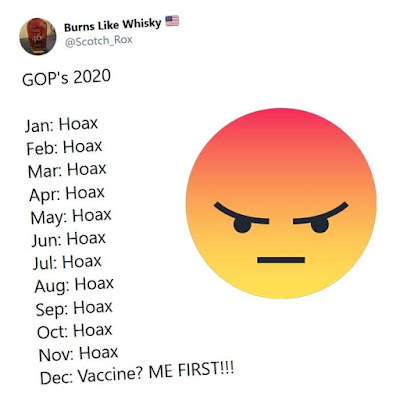 The only thing that lets me cope with this is that if these me-firsters didn’t get vaccinated, they’d just be out there getting others sick, like their staff or the congressional support staff, who probably have to wait in line for the shot like the rest of us schmucks.

And speaking of the vaccine, here’s another idiot take on the situation: 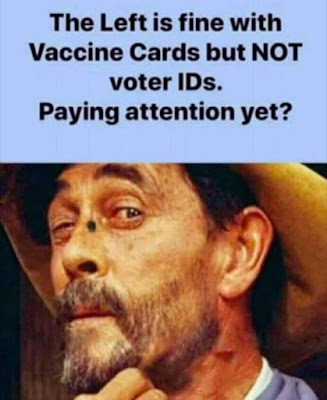 This is literally binding two things together that have nothing in common other than the use of a card. Would they say the same thing about a driver’s license or social security card? (Probably, if either one were proposed now instead of ages ago.)

If people are going to want the regain the freedoms to eat out, see movies or otherwise assemble without wearing masks, they’re going to have to demonstrate that they’ve had the shot. It’s not like you could take someone’s word on it. People are already lying about having “a medical condition” that keeps them from wearing a mask. So if not a card, then what? Chip implants under our skin? I’m pretty sure the Right would kibosh that on the basis that we’re already getting “chipped” by Bill Gates and the vaccine.

They also ought to have something to differentiate someone from having one shot versus having both. Different colored cards, maybe? Or they can combine it with the flu shot or shingles shot and make it a punch card. After five shots you get a free small order of fries.

The voter ID thing is just more fake rationale for the way conservatives use ID carding as voter suppression. I’ve written exhaustively on this already. They would be much more believable if they weren’t also closing DMV stations in Democratic areas and dumping voter rolls, reducing early voting stations, pulling back absentee voting, and every other “anti-voter fraud” action they’ve taken that just “coincidentally” keeps their opponents from voting easily.

And then there are the conspiracy memes that really only conspire to keep rational argument at a minimum. 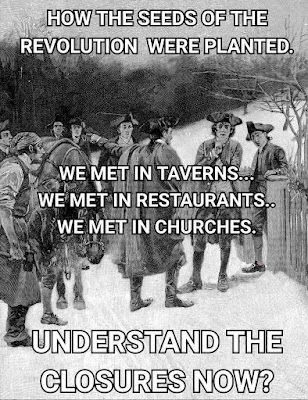 Maybe someone would break it to the numb-nut who created this, that in 2020, not having taverns, restaurants, and churches open has zero effect on whether people could organize a revolt, because of some recent advances called “telephones” and “the internet” that they didn't have in the 1700s.

Also, why is a “revolt” necessary? Because one side lost an election and their leader is desperately trying to cling to power?

Someone thinks locking down public places, which is necessary to fight a pandemic, the scale of which this country has never seen, is also a top-secret scheme to prevent idiots from banding together to fight the government? They give the government too much credit. Sometimes a cigar is just a cigar and an emergency plan to fight a deadly virus is just that. But in return, we have to be mildly inconvenienced by wearing masks and staying home.

Yes, those who would otherwise be working at these closed places are put out, but then there’s an obvious solution to that, which I mentioned above… you know, the ones the Republicans are dead-set against.

And now, some non-virus-related idiocy: 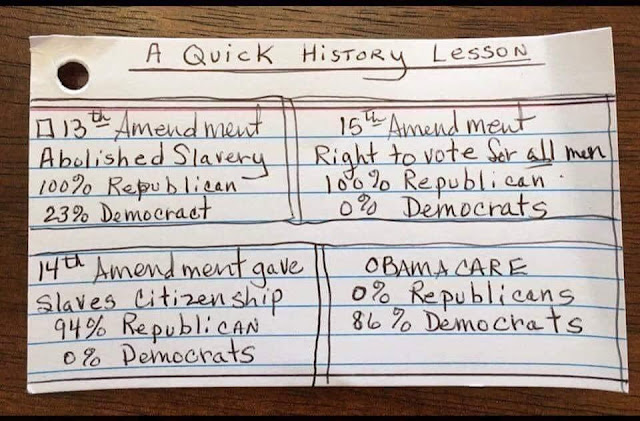 This is nothing but Republicans trying to ride the coattails of actions they took in the 1800s, which made them seem reasonable and the Democrats tyrants.

What they omit is that in the mid-1960s, millions of people left the Democrats to become Republicans when Lyndon Johnson and the Dems got the Civil Rights and Voting Rights laws passed. As far as I’m concerned, when they did that, they abdicated claims to their history. For all intents and purposes, based on their actions since 1964 and 1965, they became the party of racism, here and now. What who was doing what 150 years ago is irrelevant.

And not for nothing, I don’t know what Obamacare has to do with race relations, other than giving people of all races a chance to get health insurance. I’ll wear that badge proudly. The author of this meme basically makes the point for me. Republicans used to be the party of supporting minorities and now it’s the Democrats.

And now, because it’s the end of the year and I still have a number of graphics I’ve culled but never saw fit to use, I present my 2020 Annual Meme Dump! 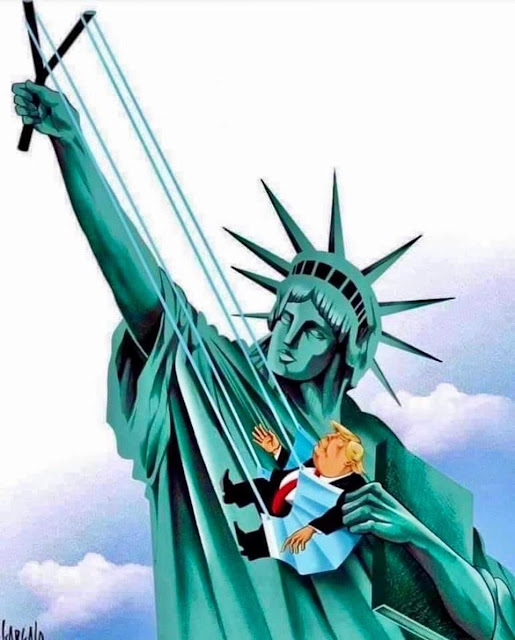 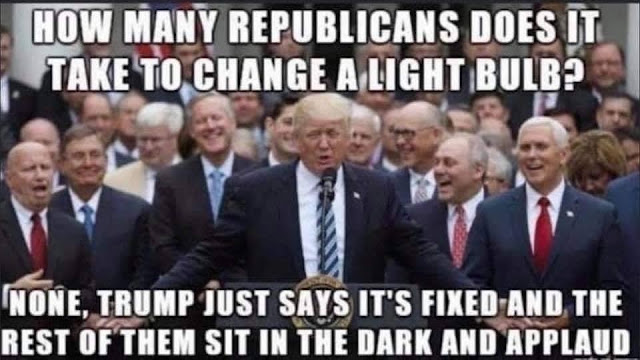 Similar to an old joke I told back in the 70s:

Q: How do Republicans change a light bulb?

A: They don’t, they just sit around in the dark and talk about how good the old one was. 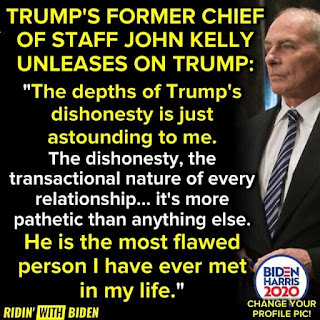 From those who knew him well. 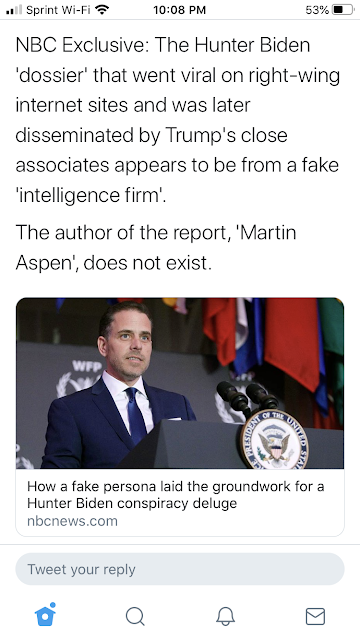 Just shows how low they’ll go to smear someone if they think they’d benefit from it. All this stuff is fake and it’s been fake all along. 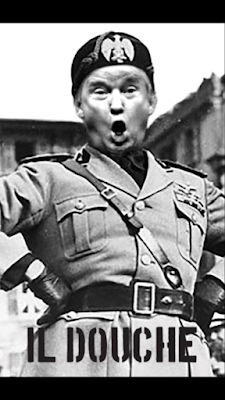 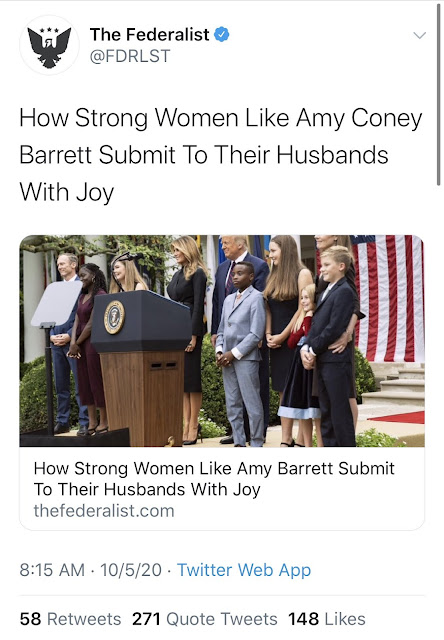 I just kept this to demonstrate, whenever you see something from the Federalist Society, they are 100% misogynist in their beliefs. I don’t know how any female can align herself with them. 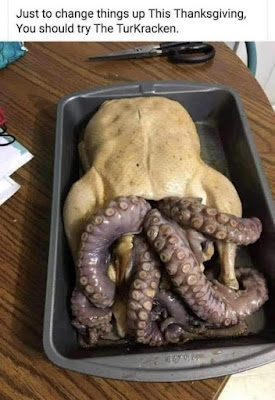 Just for shits and giggles. 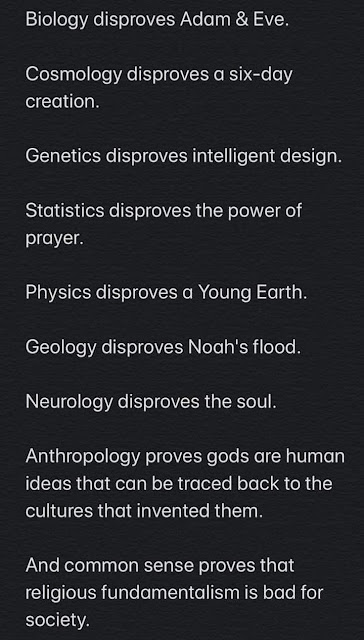 Words of wisdom. I wish I knew whose.

nd lastly but not leastly… 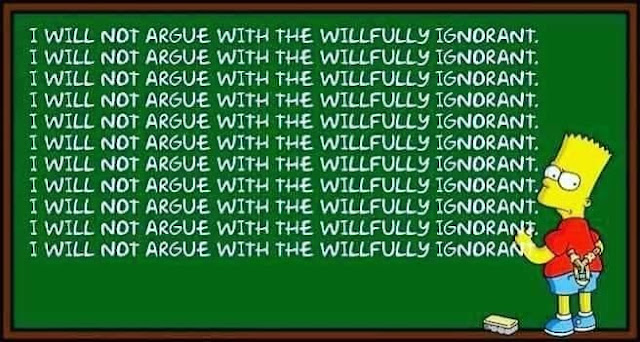 I tell myself this time after time, but still, here I am.

Thank you for reading me this year. Your time and attention mean a lot to me and keep me going throughout the grind. Here’s to a great 2021, or at least a year better than this one has been.

Because if we can’t break that threshold, we are well and truly screwed.

Thank you for keeping us interested, informed and entertained this year. I hope that the new year brings peace and love to you and yours

Thanks Coop and Mary. I appreciate your visits. Have a great 2021.

Thanks for sharing the memes - they are fun!