Last weekend we took a stroll around Loch Raven. My original goal was to have a shot of me taken on top of the large dam there with my Terrible Towel... right above the words Loch Raven Dam. (See shot below) 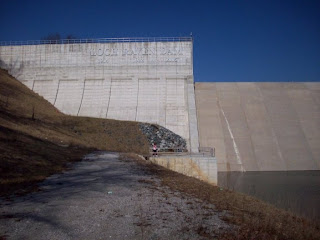 But alas, the access road to the dam was closed so I'll have to put that on my "To Do" list for the time being. So instead, we used the time there to stroll around the wintry water's edge and shoot some other stuff.

This is a close up of the ice line and of course, a tremendous Ice Hole. 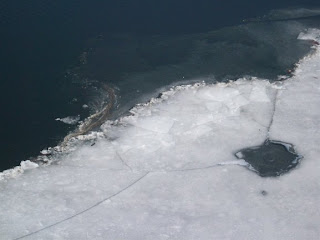 I though this was unusual... one lone seagull, seemingly banished to a far outpost. Or maybe he was the daredevil... Last words, "Hey guys, watch this!" 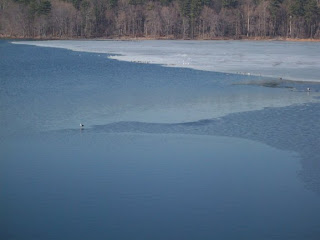 I love this one, which is just the sun reflecting in the dark water. 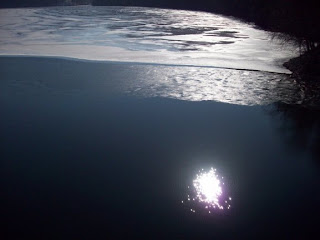 Lastly, I had to wonder if the geese were screwing with me. "OK, everyone in formation..." 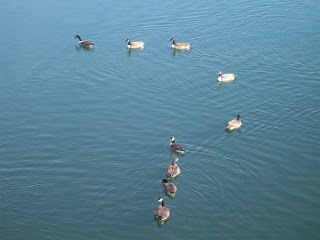 OK, I admit... the geese were actually facing the other way, but I flipped the image. So sue me. You can find more shots from this excursion here on my Flickr site.