First off, I apologize for not getting a post up on Thursday night, as is my habit.  Thursday was Pinky’s birthday, so there were festivities and ceremonies to which I had to attend.  Surely you can understand my position… 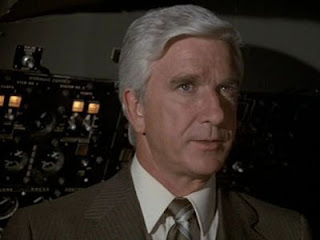 “Of course I understand, and… well… you know.”
So this week, as the NFL picked itself up and dusted itself off to begin training camps in earnest and assemble their teams, I had to laugh when my football nemesis, the Baltimore Ratbirds signed Ricky Williams to provide depth at running back. 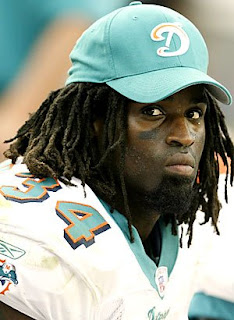 I laugh because of Williams’ long history of violating the NFL’s drug policies, in addition to general weirdness.  I wasn’t sure if the team’s upper management was aware of their new running back’s proclivities, so I submitted the following for them to use to open their press conference:
“The Baltimore Ravens are proud to announce the signing of Ricky Williams to our football club.  Please rest assured that this is not the token signing of some veteran gone to pot.  It was a joint decision among the team executives, after hashing out some differences and weeding out a number of unsuitable options that had been in the pipeline.  We look forward to getting Ricky out on the grass with his new buds and using his blunt force power to sow the seeds for a championship.  And now if you will refer to the overhead screen, you can get a look at our next potential free agent targets. 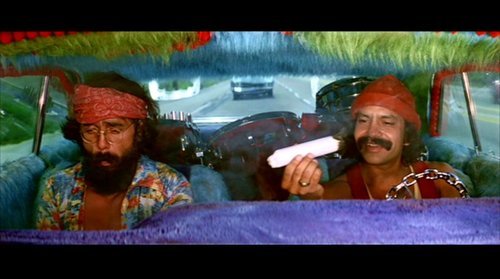 “Thank you.”
Let it be said that I don’t really have anything against Ricky Williams; at least, not until now that he’s hooked up with the enemy.  Actually, I’m kind of thankful for the ammunition for when the Rattie fans start yapping about Hines Ward’s DUI.  Say what you will, but that was one stupid misjudgment and he’s going to pay for it.
Williams, on the other hand has jumped in and out of the NFL like he was doing the Hokey Pokey.  And the Ratbirds went out and signed him.  Sure they’ll spin it like it’s a big chance for redemption and they’re really concerned with running a team that with character, but in actuality, they’re just bringing in anyone they think will help, regardless of their off-the-field life.  And there’s nothing wrong with that.  But don’t then go out in the press and preach about what a high-class organization you have when, not only do you continue to employ an accessory to murder like Ray Lewis, but then go out and obtain a player known for willfully violating the NFL (and federal) drug laws.
Director’s DVD Commentary: I was really trying to find a picture of the old SNL Garrett Morris rasta character he used to do on Weekend Update, that was always saying, “Must be ganjaaaaa…”  Alas, I couldn’t find squat.  But that was kind of a mixed blessing, because who knows how many times I’d have to explain the joke to youngsters like Cassie.
Also, try as I might, I couldn't find in a way to work in the word, "bong."
Posted by bluzdude at 6:47 PM

Pretty sure Jessica will find offense to not be mentioned being as she's only 2 months older than me.

But it may have been a long two months.

Come on, Cassie,
You're my Go-To Gal when it comes to highlighting the age gap. Besides, Jessica gets a free pass for having the good sense to be born on the same day I was, albeit many MANY years later.

Football season! Oh, goodie! Time to get out your socks, cowboy!

Judie,
The socks are washed and ready to go.

Hopefully he won't get the munchies, overeat, and become a fatty, causing his season to go up in smoke because of the chronic injuries he suffers.

Oh my gosh the weed references cracked me up. Cheech and Chong would be proud.

We have the NFL ticket this year, so I'm sure we'll be keeping pace with your football watching.

Also, I agree on my good sense. I was born on my due date. To this day I'm never late for anything. ;)

Bryan is more of the football guy of our duo, but I can always appreciate a Williams/Cheech and Chong joke. Nicely played, sir.

Carpetbagger,
Oh, dude. I'm so pissed. I had "smoke" on my original idea list but my list wasn't where I was when I was doing the writing. But I totally missed "fatty" and "chronic." I KNEW I should have consulted the Urban Dictionary. Well done!

Jessica,
You have the NFL Ticket? To follow who? Or is your husband that much of a football fan?

See how your "friend" Cassie tried to throw you under the bus? And look who rushed in to defend your honor. Your old buddy Bluz. Just remember that when she starts asking for more helpings of vegetables... like they grow on trees or something.

Beer,
I may write about sports sometimes but I usually try to avoid hardcore Xs and Os, and concentrate on the important stuff like game day jerseys, team mojo, and free-range grass references.

As you are aware, everything I know about sports would fit on the head of a match (Ha! See what I did there?!), so instead, keeping with the spirit of this post, I will tell you about how, long, long ago in a faraway land, my old roommate and I got baked one afternoon and went to Target to buy Easter candy. We nearly got kicked out when we started laughing, quite loudly and hysterically, about the concept of "Easter grass" while waiting in line to check out.

Next time you write about Williams, I'll tell you about the time when, under similar circumstances, we ended up accidentally allowing Chihuahua to eat an entire tub of French onion dip.

I can't WAIT for football season! We actually get to watch the Cowboys on tv on Sunday, which is a rarity around here - they never air their games when there's some obscure ex-WVU or Marshall player's team playing from Seattle or something. *sigh*

We can't wait to see something other than baseball highlights on SportsCenter! Are you ready for some football?! :)

SO EXCITED that the powers that be decided to let us have a football season this year. I can't wait. Ricky Williams press release is hilarity. Well played.

Mrs. Bachelor Girl,
If you’ll look closely, you’ll see that this post really has very little to do with football… it was just an excuse to play a little literary game with the weed terminology.

At least you didn’t try to light up the Easter Grass.

After a tub of onion dip, I’m sure Chihuahua was the most fragrant thing in the room for the next 24 hours.

Cristy,
Glad you approve, and I’m totally ready for some football!

I just did my annual compare of the Steelers and Ravens schedules, to determine which games will be on TV and which I’ll have to go out to the sports bar to see. So far, there are 6 guaranteed to be on TV here, 6 that “probably” will be on TV (because they are not on opposite a Ravens game) and (only) 4 that I know I have to go out to see. The bummer is that of the 4, one is on Christmas Eve and the other is on New Years Day. Season’s Beatings!

DG,
Well, we’ll see just how much actual “football” is played… between the “no-hitting-too-hard” rules and “no running into anyone on kickoffs” rules, I may still be missing my beloved smashmouth football.