I Must Be Joking

I hate that people don’t ‘tell jokes’ any more.  I know I’ve written a lot about my Grandpa, who was the best storyteller and joke teller I ever knew.  When I used to watch him water the eyes of everyone in the room, I used to think, “That’s the guy I want to be!”  Unfortunately, times have changed considerably.

All our inter-personal humor seems to come via email or You-Tube clips.  Like this one I got today, called, How Bacon Cheeseburgers are Made: 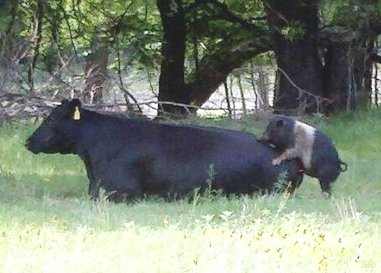 Thanks for the email, Dad.

As much as I enjoy them, I miss the days when we used to sit around at parties and tell our favorite jokes.  This is what passes for humor at parties now.

“Hey, have you seen that app that turns your picture into a monkey?  Let’s bump phones…”

It’s either that or something from the “Jackass” or “Hey, watch this,” family.

The easiest jokes to tell are the short ones.  Remember back in the 80s and 90s when all those “What do you call people with no arms and no legs and blah blah blah…” jokes?

I was thinking of a couple of those this weekend, during the hurricane.  In fact, I meant to put it in my live-blog on the storm…

You know, like the hurricane?  Yeah, it’s not high humor, but at least it’s topical.  I used to have a zillion of those.  Way back in the day, I used to collect jokes and enter them into a Word document.  (Actually, it started on a WordPerfect document until I re-did it.)  I called the whole thing, “Jokes to Offend Everyone.”  I kind of wish I would have kept it up; it would be pretty bodacious by now.

But then again, who wants to see a bunch of jokes that were topical 15 years ago?

The best jokes are timeless.  The heck with the politics or cultural touchstones of the day… human nature remains constant.  This brings me to the reason I really wanted to do this post.

My dad sent me a video clip from an old Buddy Hackett stand-up comedy special.  Many people only know Buddy Hackett from doing ridiculous Disney movies and stuff, but he was a howlingly funny comedian, who just got up there and told jokes.

This one is one of my all time favorites.  I’ve told it myself, from time to time, but it doesn’t seem nearly as funny.  Any joke comes off much funnier, just being told by Buddy Hackett.  Check this out… it’s only a couple minutes long.  But not when you’re at work!  While it’s certainly timeless, it’s mildly NSFW.

That’s funny right there.  And I bet you’ll never look at a baby elephant the same way again.

Now, just because I’ve kicking this idea around ever since Pittsburgh Podcamp 5, this is me, performing MY all time favorite joke to tell.

“And now, ladies and gentlemen, The Comedy Cave presents: the Bluzdude…”

Damn.  I should know better than to try to follow Buddy Hackett.
Posted by bluzdude at 10:39 PM

Director’s DVD Commentary: OK, I’m ready to pitch my computer through the window.

OK, deep breath. It took me about 9 or 10 takes to get that joke close to how I wanted it. I had what thought was a good one, but when I came around to stop the shot, I saw that it stopped recording, so I had to start again

Of course, I wanted to trim the beginning and add some snappy titles and stuff, so I used Windows Movie Maker to put together a pretty nifty package. Then when I to save it to my computer, as soon as it would hit 30% complete, it would bomb out. I tried for three goddamned hours but it kept saying that either the destination wasn’t there (it was) of the source file wasn’t there (it was.) I eventually converted the file from .wmv to .mpeg voila. So I started the process at about 6:30 this evening, and not it’s a quarter to 11 and I’m ready for bed.

I tell you, we artistes suffer for our art. I need a drink.

I love that the voice of Scuttle is telling a joke about elephant dicks. Your delivery of that 3 mice joke was perfect! I'm keeping that one.

Rev,
What a lot of people don't realize is that Buddy Hackett was a quintessential Catskills/Vegas comedian. He could really bring the off-color joke, but with that voice and that face, he could pull it off without offending anyone. If you ever have a chance to see one of his standup comedy videos, take it! You'll laugh yourself silly.

And lastly, thank you, I'm glad you liked it. I hated it, but at least I hated this attempt less than the 9 that preceded it. Trying to create a clip like this reminds me of why I liked radio. At least I could read the copy decently. Going 'off the cuff' without twisting my words around, was always my greatest weakness.

Still, that's a pretty funny joke. And I should probably give credit to where I first heard it... in a Drew Carey book called "Dirty Jokes and Beer." I took the original framework from there, but added some other bells and whistles myself, over the years. It's always been one of my favorites to tell. Sadly, I'm woefully out of practice.

I like it! Great job, Bluz. I can barely remember what language I'm speaking when in front of a camera/onstage, so I'm impressed! :)

I think I could enjoy Hackett's delivery on other jokes; I just didn't personally like that one, but I'm kind of prissy about gross jokes.

I loved the video! I always imagine what blogger's voices will sound like, and their real voices usually never match up with what's in my head. However, you're the exception to that rule. You sounded just like I thought you would.

Very smooth delivery, Bluz! Just the kind of timing I appreciate. You should post your own videos more often. I take it you DO have more to share with us! Oh, and by the way, very sexy voice you're got there!

Bluz has a DEEEEEEP voice. Threw me off when I first met you.

Plus you're really tall. And I think I'm shrinking.

Cristy,
So elephant trunk-dicks are gross but a mouse screwing a cat is OK? Oh you West Virginians… :o)

Personally, the thought of the trunk doing what trunks do and stuffing the potato up under there just kills me. What a visual… Such a logical, yet unexpected punch line…

Jessica,
Thanks! And now you know for sure. Whenever you see me making fun of Cassie’s youth and exuberance, you’ll know exactly what it would sound like in person.

I always like seeing when bloggers like you or Cassie put up videos of yourselves and your kids, because then I can get a better sense of the writer and person.

And now you know I talk too fast, talk with my hands and can’t look straight ahead…

Judie,
Oh, man, when I watch the video myself, I think it’s anything but smooth. I still tangled my words up a couple times and flubbed some pronunciation. I think I need to learn how to slow down.

When I was at Podcamp last year, I was at a number of sessions that dealt with producing web videos. My idea then was to do a series consisting of me telling my favorite jokes. This was one, and I filmed it last night. And it took me about 4 hours, start to finish, so I sure didn’t have the time to do more. (OK, that was due more to the technical troubles described in my first comment, than anything else.) But if this one goes over, I was thinking about doing some more.

One problem, though, is that I just told you my best joke. That means it’s sure to go downhill from there.

OK, that may not be totally true… that was my “favorite joke to tell,” not necessarily my “best.” I guess you and everyone else will be the judge of that.

Next time, though, I think I’ll record a bunch at once, while I have the tripod out and all the lights arranged. (And I have my joke-telling Bluz Hat out of storage.)

Lastly, as for having a ‘sexy voice’… you should hear me when I have a cold. It would rock your world.

Cassie,
Again, you should hear my ‘I have a cold’ voice. Barry White made a living stealing from me.

You want to stop shrinking? Stop running and stop having kids. They’re both compacting your spine. Also, stop aging. That’s what’s shrinking me…

Great video and very funny joke, Bluz! Your perception of it is definately flawed. I actually laughed out loud. You should definately add it to your repertoire.

DG, Oh, it's in my repertoire. If I'm telling jokes, that's the first one out of the chute.

My issue is this: if that was how I told the joke in a bar, I'd have no problem. But since this will live on through video and this site, I want it to be perfect. Unfortunately, this is as perfect as I can get it without either splicing sections together, or doing it a dozen more times.

Aww, man, my dad only sends me GOP propaganda and signs me up for the NRA newsletter.

A loooooot of the humor I'm exposed to daily at work is "remember that thing that happened on 'South Park'?". I'm not entirely complaining, but . . . yeah.

Mundane,
Yeah, my Dad rocks, that way. He sends me so much quality material. He's got a vast feeder network of other geezens that have nothing to do all day but channel goofy shit to him via email. And I get to reap the benefits!

"Shut up or I'll nail your other foot to the floor."

Other than the FLOPPY TRI-ceps or should I say TRY-ceps nice joke and then to walk off like OK what you got I liked ....

I'll have you know that the triceps don't really come into play much with that motion, so there's no reason for them to be flexed. And remember, this is a guy with a torn rotator cuff tendon... I was risking serious injury for the sake of that joke!

The walking off part was perfect, because that's what the mouse in the joke did. I don't know how I'm going to end the next one...

One of the many things I love about The Guy is his dedication to the fine art of joke-telling.

I was going to say more, but I have to go now. Braxton-Hicks contraction. OWOWOWOWOW.

What lousy timing! You should have The Guy play the video... maybe he can give me some pointers... You know... from being an ACT-TOR and knowing how to command a stage. (even if it's just my living room.)

So, why do geese really fly south for the winter?


It's faster than walking.

Bea,
Gee, that’s right up there with ‘Why did the chicken cross the road?”