Greetings from rustic Whitehouse Ohio!  For your entertainment today, I give you part 2 of my recycled post about movie villains.  Hey, if you never saw it the first time, it’s not a rerun to you!

Last post I began running down my list of favorite villains, starting with Monsters. This installment will be a little lighter, covering two smaller lists of “Comedic” Villains and “Character” Villains. 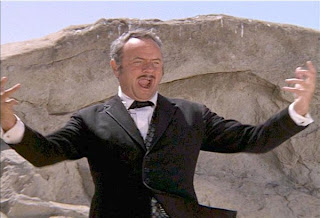 Harvey Korman stepped out from the Carol Burnett show to portray a brilliant comedic villain, foil to Sheriff Bart and confidant of the “Gov” (Mel Brooks). No word if Tim Conway was unavailable. 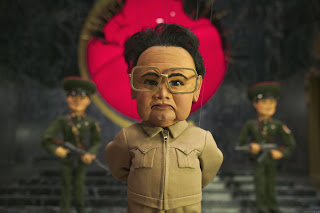 Trey Parker and Matt Stone, the guys that do “South Park” did an action movie that makes fun of the lunkheads that blow up the entire city in pursuit of the bad guys, and the weenie Hollywood establishment that protests their methods. And they did it all with marionettes.

The brains behind this particular bad-guy operation is North Korean dictator Kim Jong Il. He is played with a broad Asian accent and he gets most of the good lines. Then after numerous scenes of depraved brutality, he gets the show’s big number, the somber lament, “I’m So Ronery”.

Key quote: I'm… So… Ronery / So ronery / So ronery and sadry arone / There's no one / Just me onry / Sitting on my rittle throne / I work rearry hard and make up great prans / but, nobody ristens, no one understands / Seems rike no one takes me serirousryyyyy / And so, I'm ronery / A rittle ronery / Poor rittle me.

See below for Kim’s assault on UN Inspector Hans Brix… I mean, Hans Blix.
1. The French Taunter, played by John Cleese from “Monty Python and the Holy Grail 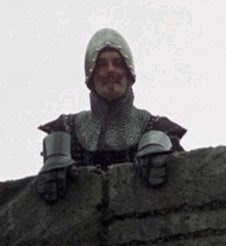 In a movie with so many bizarre characters and memorable scenes, this guy is completely stands out with his over-the-top French-accented insults.
Key quotes: (too many to list just one): “I’m French!” Why do you think I have this outrrrrageous accent, you silly king?”
“You don’t frighten us, English pigdogs! Go and boil your bottoms, sons of a silly person. I blow my nose at you, so-called Arthur King; you and all your silly English kennn-iggits!”“So, you think you can out-clever us French folk with your silly knees-bent-running-about-advancing behavior. I wave my private parts at your aunties, you cheesy lover second-hand electric donkey bottom biters”

Both scenes in which the French Taunter appears are in the clip below.
Character Villains
3. Catwoman, played by Julie Newmar on the TV show “Batman” 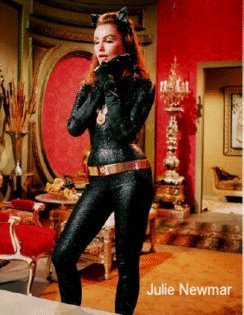 Oh, my. This “villain” had my little 6-year-old world all screwed up. I know she was always setting deadly traps for Batman, but me-yow, even my tiny elementary-school brain could see she was fiiiiine. Even Batman just wanted to get her up to the Bat Cave. (Nope… no jokes about the Bat Pole… must… resist…)

There have been a number of Catwomen… Eartha Kitt? She predated Julie Newmar but I never saw her play the role. Lee Merriweather played Catwoman in the 1966 movie… she was OK, but something just wasn’t quite right. Michelle Pheiffer? OK, you got me there… she was also fiiiine. But also stone cold crazy. Lastly, Halle Berry in the 2004 movie… Fine, but the movie was so bad it doesn’t really count. No, my heart belongs to Julie Newmar and my mixed up 2nd-grade memories.

Catwoman comes in at about the 1:20 mark, and makes me want to do things to her of which the ASPCA would not approve.
2. The Joker, played by Heath Ledger in “The Dark Knight” 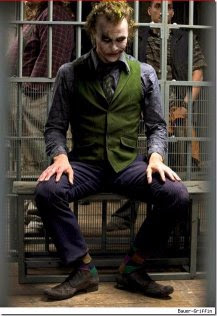 “Why so serious?” Because this was a serious role, that’s why. I saw the Dark Knight in the theater last year and you just couldn’t take your eyes off the guy. The role was richly written and brilliantly acted. I used to think that Jack Nicholson’s Joker was the gold standard… he had it way over the TV version. But the thing is, you always knew it was Jack Nic. He never stopped being Jack. I don’t know where Heath Ledger went during the filming of that movie, but he was gone and only insanity was left, along with that lizard tongue.

Key quote: “Do you want to know why I use a knife? Guns are too quick. You can't savor all the... little emotions. In... you see, in their last moments, people show you who they really are. So in a way, I know your friends better than you ever did. Would you like to know which of them were cowards?”
1. Dolores Umbridge, played by Imelda Staunton in “Harry Potter and the Order of the Phoenix” 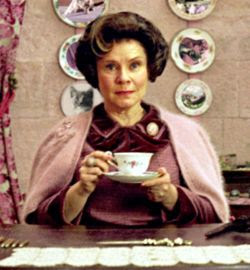 This is what you get when you cross a mean, small-minded bureaucrat with unfettered power. The reason she gets this ranking from me is that I know people like this, sans that magic. The shallow veneer of civility can only hide so much. Putting people like this in charge of children is like putting a necrophiliac in charge of the Coroner’s Office.

Key quote: “As I told you, Mr. Potter, naughty children deserve to be punished.”
Coming soon: the “Regular-People” Villains.
(Well, coming as soon as I write it.  This is where the series stopped in 2009.)
Posted by bluzdude at 10:00 AM