My post last week about my first concert experiences got me thinking about how big going to a concert was in my young adulthood.  I have to admit; I've been thoroughly spoiled.  Working in record stores and for a record retailer’s home office put a ton of tickets in my hands, most often for free.  I took advantage of that perk every chance I got.

Back in the early 90s, I went through my memory banks and ticket stub collection and wrote down every concert I could recall.  That list eventually became the spreadsheet upon which I’m going to base a couple of posts.

Between 1979 and 2008 (when I saw my last show), I've seen 103 concerts.  Sometimes my definition of a “concert” is a little loose.  I didn't count when an act would come to our record company office and play a few songs and then have lunch.  But I do count an artist playing a short set at an off-site record release party.

Statistical Analysis (because that really gets a blog post rolling…)
To further break it down, I saw 24 concerts while I lived in Toledo (just getting started in the record store), 38 shows when I lived in Cleveland, (only 2 of which I actually paid to attend), 33 in Albany NY (2 years in stores, 3 years in the home office, and 2 out of the business), and a mere 8 concerts since I've been in Baltimore.

Deets
I’m going to do is list the shows I saw, with the dates, venue and anything noteworthy I remember about it.  Opening acts will be listed when they’re worth mentioning.  You’ll see a lot of what’s considered “Classic Rock,” but at the time, it was just Regular Rock, and I lived and breathed that shit.

11/15/81 – Rodney Dangerfield, Centennial Hall ($11.00). Rodney was my first comedy show.  The venue was having sound problems that made him hard to hear.  Someone yelled for him not to talk so fast.  Rodney was like, [Adjusting tie…] “30 years I’m working on this act, and this guy wants me to slow down…”

12/11/81 – J. Geils Band, Toledo Sports Arena, “Freeze Frame” tour.  I went with my buddy Brill, and my future roommate “Diane,” from my Summer of Bow-Chikka-Wow-Wow post. At the time, I had no idea those two would be dating in a couple years, and then that I’d take a turn as well.  J. Geils was at their peak at the time.  I was hoping they’d play “Whammer Jammer,” which is a wicked boogie-woogie instrumental featuring their incredible harmonica player.  His name is “Magic Dick,” which totally wins the Best Rock Star Name award.  When they broke into it, I remember Diane nudging me, going “Here it is!”  Dude freakin’ tore it up! 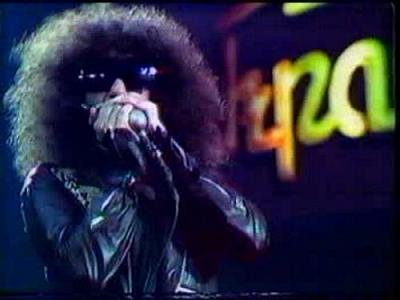 5/1/82 – Charlie Daniels Band, Ohio State Fairgrounds, “Windows” tour.  ($9.00)  I went all the way to Columbus to see these guys.  Bruce, my brother-from-another-mother, lived there, so I bunked with him.  Go figure, one month later (6/7), they played the Toledo Sports Arena, so I went to see them again, with a bunch from our “Barn” crowd.

11/17/82 – Billy Squier/Nazareth, Toledo Sports Arena, “Emotions in Motion” tour.  The Sports Arena was a “general admission” venue, (meaning you could sit or stand where ever you wanted), so I remember being lined up outside the arena long before they started letting people in, and hearing the band doing the sound check.  I noticed it was really weird hearing a song without the vocals, as the band played “Everybody Wants You.”

3/22/83 – Stray Cats/Bus Boys, Anderson Arena, BGSU, “Built for Speed” tour.  Stray Cats had just debuted their first album and were a big hit with “Rock This Town,” and “Stray Cat Strut.”  The Bus Boys were the group that plays in that R&B bar Eddie Murphy goes to in the movie “48 Hours.”  I liked both groups and they were playing right there on campus while I was a student.  Had to go.  That was the show to which I took Fiancé #1, we had floor seats and she refused to stand up while everyone else was.  I didn't take her to any more shows that weren't her idea.

6/23/83 – Scorpions/Bon Jovi, Toledo Sports Arena, “Love at First Sting” tour.  This was my first time with backstage passes.  I wrote all about it here.

9/2/83 – ZZ Top/Axe, Toledo Sports Arena, Eliminator tour. ($10.50)  They’d just broken out on MTV and this was a huge show.  They played on a stage that appeared to be the dashboard of their “Eliminator” car from the videos, right down to the giant ZZ Top keychain dangling from the ignition.  This was the first of four times I saw them.

11/11/83 – Black Sabbath/Quiet Riot, Joe Louis Arena, Detroit, “Born Again” tour.  We were “comped” on the tickets… my first time.  We also had backstage passes.  My work-buddy Kenny “the Viking” and I drove up to Detroit to see them.  I didn't care as much about Sabbath as I did seeing Quiet Riot.  This occasion went down in local lore over the story of how I “insulted” Sabbath’s drummer.

1/16/84 – Blue Oyster Cult/Aldo Nova/Dokken, Toledo Sports Arena, “Revolution by Night” tour. ($9.00)  I missed BOC at the Speedway Jam, and I was not disappointed with their show on this night.  They were still traveling with the big “Godzilla” monster, which leaned out from behind the backstage curtains, looked around the arena and roared, and occasionally shot laser beams out of his eyes.  It was cool as hell.  Also quite cool was Aldo Nova, who totally played his ass off.  I became a big fan. 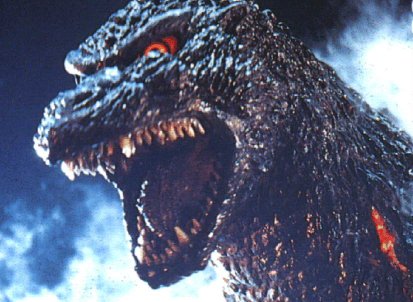 I can’t believe I couldn't find a single picture of BOC onstage with Godzilla.  So this will have to do.    (Source)


2/1/84 – Billy Joel, Centennial Hall, Toledo, “Innocent Man” tour. ($13.50)  This was the only other show I took fiancé #1 to, because he was her favorite.  She behaved this time out.  I thought it was cool that Billy Joel ended his show by saying “Goodnight Toledo, and don’t take any shit from anyone.”  I thought we were special, until I eventually saw that he says that after every show.  (Well, not the Toledo part…)

July 1984 – Donny Iris, unknown venue in Toledo, “The High and the Mighty” tour.  Saw Pittsburgh’s own “Dawnny Ires” with my brother at some little club whose name I can’t remember.  We got a great table right up close to the stage.  Dude has unbelievable pipes.  That summer, I mentioned this show to my Uncle Ange, and he said he used to room with Donny Iris, when they both went to Slippery Rock.  Small freakin’ world.

2/22/85 – Bachman-Turner Overdrive/Rare Earth, Masonic Auditorium, Toledo. ($10.00)  I couldn't believe how good BTO sounded for a bunch of old fat guys.  Their vocals were spot-freakin-on.  I wrote about that show here.

4/9/85 – Bruce Springsteen, Pontiac Silverdome, “Born in the USA” tour. ($75.00)  This was a big one.  Bruce was HUGE at that time, having just conquered the world with the “Born in the USA” album, which spawned something like 7 #1 singles.  Notice the price of this ticket, as opposed to all the others I listed (which were ridiculously cheap by today’s standards).  My buddy Rik fell into this pair of tickets, which included the bus ride up to Pontiac, Michigan, so it was really a righteous deal.

What a show… Bruce played for over three and a half hours.  This was probably the largest crowd I've ever been a part of, because not only were all the seats full in this big-ass dome, most of the football field was covered with people as well.  When Bruce broke into some oldies during an encore, he asked everyone to put their arms in the air.  When they did, it looked like an unbroken field of giant pink tentacles, from the top of one side, down across the field, to the other.

4/12/85 – Donny Iris/Grizzly Band, Anderson Arena, BGSU, “No Muss No Fuss” tour.  Donny played my college, so I had to go.  The bonus was I was good friends with two of the three dudes in The Grizzly Band.  Fuckers should have set me up with backstage passes, so I could talk to Donny Iris about Uncle Ange.

4/26/85 – Molly Hatchet/Blackfoot, Toledo Sports Arena, “No Guts, No Glory” tour.  (Comped)  I went to see Blackfoot and it ended up one of the great nights of my life, as I got hang out and drink beer with the drummer, as well as meet the rest of the band.  I wrote all about it here.  It’s a cryin’ shame Blackfoot broke up when they did, they could really rock it.

To be continued…
Posted by bluzdude at 7:00 PM