People often talk about how we get crankier as we get older.  I’m here to tell you that it’s not a myth.  I do things now that would have horrified my younger self.  Maybe it’s due to a growing intolerance of the buffoonery we see around us every day, or maybe it’s our becoming more comfortable with not giving a shit what people think of us.  When I was younger, I’d never do anything that would create waves in public.  I’d receive bad service and apologize for asking for a correction.

Suffice to say, I’m over that now.  After working in retail for as long as I did, I know what constitutes good service and what doesn't.  And that doesn't mean bawling out the waiter because I don’t some management-related policy.  I try to keep any display of irritation focused on the actual cause; not just the person that’s handy.

Here’s what set me off this week…

I went to see an Orioles game over the weekend.  It was a glorious, sunshiny day; just perfect for baseball.  I needed a little “me” time so I went to the game by myself, and got a seat in my new favorite spot: the club level in left field.
I misjudged how quickly my section would be shaded, so after a couple innings, I moved down to a shaded spot in the corner, two sections down.
I’d gone to my usual bar before the game, and had my usual foot-long bratwurst, and then got some nachos to top it off.  But by the time the 7th inning rolled around (like, 6 hours later), I felt the need to get something else to nosh on.  I wasn't completely sure, though.  I could always pick up something on the way home.  I was kind of on the fence.

Anyway, at the top of the 7th, I got up and took a leak, and then cruised around the club level to see if anything looked good.  I checked into getting a hot pretzel, but they were all out.  Next thing you know, I found myself at the club level version of Boog’s Barbeque.  I recalled from the playoff game I went to last year, that this location really loads up a pit beef sandwich, so I stepped up to the line.

There was one couple in front of me, talking with the “chef,” (he had a big white hat), as he made their sandwiches.  He looked up at me and said, “Do you want something?”

I mean, why else would I be standing there in line?

By now, the game was into inning break, aka the “7th Inning Stretch.”  That’s where the Orioles always play “Thank God I’m a Country Boy.”  (Really.  Don’t ask.)  Apparently this is also the point where the food stands start packing up.

So the chef says to me, “OK, but usually when I hear this song, I know I’m done.”

In a flash of irritation, I said, “Fine, be done,” and I spun and walked out.  I could hear him trying to call me back, and then explaining to the other couple that he would have served me.

I didn't say anything further.  But what I wanted to say was, “What kind of customer service is THAT, where you make your customer feel like you’re doing him a favor by allowing the privilege of paying 10 bucks for a freakin’ sandwich?”  I hate that attitude.

It wasn't like everything was all cleaned up.  I could see a big tub of roast beef right in front of him.  I wasn't asking him to create something special, after he put everything away… all he had to do was stick some beef on a bun and take my money.

In earlier years, I wouldn't have said boo; I’d have just waited for my sandwich in silence and thanked him for serving me.  But I know that a customer shouldn't be made to feel like he’s imposing, just for daring to ask a server to do his job.

When I told her about it, Sitcom Kelly thought I was just a little bit Sen-si-tive.  Maybe I was just on the fence about wanting to eat again.  Or maybe I’m becoming an old crank.

I had something similar happen to me at a Wendy’s a year or two ago, only it was more about incompetence than insensitivity.

I was ordering my double-cheeseburger, just like always: with pickles, tomato, lettuce and mustard.  I heard the cashier call it out just like I said it.  I stepped aside to wait for my order and saw the line person begin to assemble it.  Problem was that she added onions.  (I hate onions.)

So I called out, “Hey, I didn't order onions on the double-cheese… just pickles, tomato, lettuce and mustard.  No onions!”

The cashier echoed my order… no onions, just pickle tomato, lettuce, mustard.  They went back and forth about it for a moment or so, to clear up the apparent confusion.

When the line person went back to re-do the burger, and I stepped away to draw my fountain drink.  I picked up my order and went to my seat, but as soon as I unwrapped the burger… onions.  After all that commotion, they still got it wrong.

Again, a wave of irritation washed over me and before I could think about it twice, I put my finger through the loops of onion, pulled them off the burger and went back up to the counter.  Schlapping them down on the counter I said, “Here are the onions I asked you to hold,” then went back to my seat.

They were lucky that was all I said (and that I didn't throw the onions back into the prep area, Frisbee-style).  I don’t mean to have hissy fits out in public, but I expect simple competence.  In the past, I would have merely removed the onions and set them aside, but this time, it was important to me to make a point… that point being, “Listen to your customer.  Your ingredients are not interchangeable.  Some of us have strong likes and dislikes.”

Was I being too melodramatic?  I hope not… I kind of enjoy this new-found freedom to express displeasure.  Normally, I’m the nicest customer ever because I know how hard it is to serve the public.  But I also recognize when people are just going through the motions.  And I also know that places like Wendy’s and Burger King have systems in place to keep orders straight.  Errors happen when people take shortcuts and don’t pay attention.

I know that often times, customers contribute to the error, by not communicating clearly, or having outrageous expectations, but I’d like to think I know better.  I’m more than happy to give the benefit of the doubt.

It doesn't come up every day, but sometimes things happen, lines get crossed, and I just see red.  I mean, I was up at that Wendy’s counter before I could even think about it.  By the time I sat down, I was like, “Seriously, did I just do that?”  But I felt they needed to know that something was grossly wrong with their quality control efforts, if not for me but for the benefit of future customers.  (You’re welcome.)

So do you think I over-reacted in either of those cases?  What would you have done?  Is there anything that makes you get snippy with people right there in the store?  (Talking to yourself in the car doesn't count.)

Or have I just become a grumpy old man? 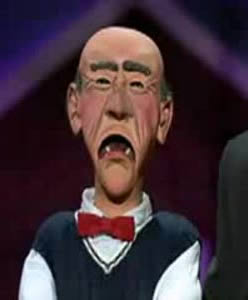