This post was inspired by my blog sister Thoughtsy, who today wrote about the difficulty involved in trying to pee for five seconds on a pregnancy test stick.

Poor Thoughtsy hadn't considered all the backsplash and whatnot, and then couldn't get at the TP in the dispenser.  I feel bad about her having such a traumatic experience, although not as badly as I feel for anyone in an adjoining stall, to whom it must have sounded like being trapped in a car wash.

It’s unfortunate that it has to be the girl who takes the pregnancy test, because guys are totally built for that little exercise.  If we pay attention, we can hit a floating cigarette butt as it swirls down a flushing toilet, without losing contact.  (On the down-side, we rarely pay that much attention, hence our well-known predisposition to leave telltale residue on the floor outside the bowl.)

In Thoughtsy’s comment section, many people offered up their own pee-stick stories.  While I obviously never had to pee on a stick, I still have a story to contribute.  I was going to tell it there, but figured it was too long for a comment, but just the right size for a short post right here.

First of all, let me say this isn't exactly my story; it happened to someone I know quite well.

The guy in question had to take a drug test before starting a new job.  He was not worried about the test, because he did not use drugs, so fear of failure was never a concern.  He just took the usual precautions to avoid poppy seed bagels and such.

He went to the office where the testing was done, having saved up a nice full bladder.  It was so full, in fact, that out of concern for overfilling the container and possibly making a mess in the room, he decided to pee in the toilet first, and then fill the container.

This proved to be an unfortunate decision, as he misjudged the interval at which he should switch receptacles, and by the time he began filling the container, he was unable to produce enough to fill it up to the required level.  (I believe there was a fill-to line on the cup.)

To remedy the situation, he decided to dip the container into the toilet, to make up the difference.  Same stuff, right? 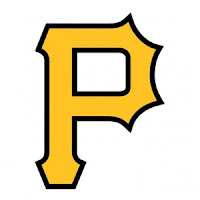 So, cut to when he hands the specimen to the technician.  (I wonder if they’re called Pee Technicians… It would sound so respectable at parties to say, “Yeah, I’m a P-Tech down at Johnson Labs…”)

Immediately the P-Tech looks at him all cockeyed and says, “I can’t accept this… it’s too cold.  The sample has to be warm.”

Apparently, diluting one’s sample with toilet water is a frequent means of attempting to beat the test, so she had seen this scenario before.  She said that he would have to produce another sample without leaving the office, or else he’d have to reschedule for another day.  He tried to explain what happened, but she wasn't having it; to her, he was just another druggie trying to game the system.

Because he didn't want to go through all this again another day, he had to wait it out, there in the office.  He spent the next hour or two pounding glasses of water and pacing around the room.

This time he filled the container first, and when he brought it out to the P-Tech, he said, “Here… is this one warm enough for you?”

He’s lucky she didn't “accidentally” drop it on his shoes and make him do it again, just for being a wise guy.

It’s funny, this must be National Blog About Pee Week or something.  If only Thoughtsy had use of this device, she would have been over and done with that test in no time. 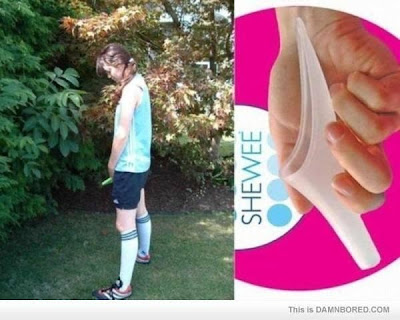 As seen on Just Keepin’ It Real, Folks.