After seeing the second Captain America movie this summer, I got the DVD a couple weeks ago and finally re-watched it this weekend.

There’s a scene in the first five minutes, when Cappy strikes up a conversation with a fellow jogger, who tells him he should listen to Marvin Gaye’s “Trouble Man,” if he wants to hear the last 70 years in one album.  Cappy whips out a pad and paper, and says, “I’ll put it on the list.”

The camera shows the notebook, which contains a list of the things Captain America (aka Steve Rogers) wants to check out, as he endeavors to catch up on all the things he missed since the 1940s.  (On account of being frozen in the ocean depths at the end of the first Captain America, and he comes out of “hibernation” at the beginning of “The Avengers.”)

I’m not sure the line drawn through Star Wars means he saw the movies, or scratched the idea.

It’s an interesting cross section of American life from the 40s to the present day.  Obviously it’s weighted more heavily toward the 90s and 2000s than 50s or 60s.  I have to give them credit though; they probably had hundreds of idea listed, and had to whittle them down to 10 things.

If I had been designing the list, I would have tried to guide Cappy through the decades more gradually.  Remember, the guy still has the sensibilities of a guy from the 40s.

The music alone is a problem.  I mean, taking a guy from the big bands directly to Nirvana?  You can’t do that; his brain would explode.  You have to make the trip much slower.  I’d give a list with several artists he’d need to explore.

Chuck Berry and Little Richard
Elvis
The Beatles
The Rolling Stones
And THEN, AC/DC.

Maybe I’d throw in The Scorpions, if only to see the look on his face watching Germans singing about world peace and harmony (when they’re not singing about getting laid.)  I would include disco, just to show how sometimes, things can go horribly wrong.  And the less he knows about music since 2005, the better.

They included the moon landing on his list; I’d also add the space shuttle program, international space station, and of course, the Challenger and Columbia tragedies.

Captain America was the product of the US war effort, so he probably ought to know about some more of our military endeavors, like Korea, Viet Nam, the Gulf Wars and Afghanistan.  He lived through the time of Pearl Harbor, but not the end of the war, so he’d need to know about Hiroshima, Nagasaki and 9/11 as well.

No argument with putting “Rocky” on the list.  Not sure what he’d think about Rambo though.  But picking out some key movies might be a problem.  For example, I’d have to disqualify Star Wars as being too ordinary.  I mean, in “The Avengers,” he saw giant nasty aliens flying lizard-esque spacecraft through New York City and knocking down buildings.  That makes the Star Wars Cantina scene look like a grade school play.

In fact I’d have to eliminate all my favorite sci-fi monster movies, because in his post-Avengers world, dangerous, ugly alien monsters aren’t fiction at all.

I would add “All the President’s Men,” to the list, just to show that being American doesn’t automatically make you noble and forthright.  And I would add “The Usual Suspects,” to demonstrate that things aren’t always as they seem.  I’d put “Blazing Saddles” on the list, because I know he’s seen a western or two, but not like this.  “Die Hard” would make the list, to show that you don’t have to be the biggest or strongest to save the day, just have guts and brains.

I was going to add “The Long Kiss Goodnight,” to show how women can kick ass too, but then I remember he works with Natasha Romanof, aka The Black Widow… so he already knows. 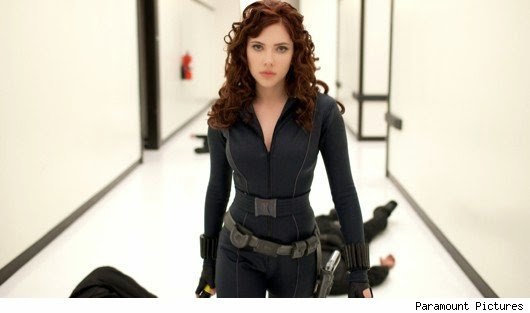 I’m sure “I Love Lucy” would be something he’d appreciate as is, but that’s just barely out of his time.  I’d be inclined to start with “MASH,” which would also help flesh out the Korean War.  I might have included “Seinfeld,” but I’m not sure he’d be up for watching that much “nothing.”  Guy’s got some heavy chores to do.  But “The West Wing” would be worth his while, even if a functioning government is just a pipe dream in this day and age.

Also, I’d provide the good Captain with DVDs of the six Pittsburgh Steeler Super Bowl victories.  Pro football was not much more than an oddity in the 40s, so what better way to explore the growth of football than to become familiar with its greatest dynasty?  Here we go!

Couple of other things he ought to know about…

What would you add to the list?  If you met someone from the 1940s, what would you tell him to look up?
Posted by bluzdude at 6:10 PM