The Sky is Crying

It is the day after Election Day and even the sky was weeping for what our country has become. 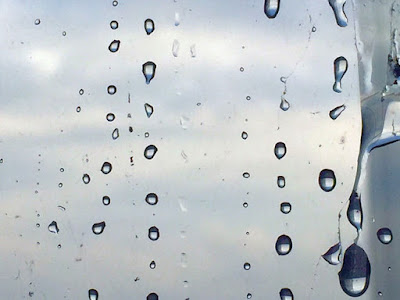 So, it’s done.  November 8th, 2016 will go down in history as the day we stood up and declared that we are a small, fearful people, who would rather literally build walls than solve philosophical and economic problems.  It’s the day we rejected calm, well-reasoned decision-making for a carnival sideshow of bluster and bravado.

Why is it always the people who wrap themselves in the flag and venerate the Constitution are the ones who want to completely undo the very freedoms the Constitution provides?  They “love America,” but want to change her basic nature.

“What about religious freedom?” I hear them cry.

Religious freedom has never been a trump card to play when depriving the civil rights others who don’t adhere to your beliefs.  Not in this country.  Until now.

Well, as they say in retail, “You broke it, you bought it.”  Conservatives elected a bloodless tycoon and a religious prig, so it is now up to them to make good on all the things they promised they could do.  After all, there will be a Republican president and a Republican congress.  They should be able to do just about anything.  Now we’ll see who for whom they really work.

Personally, I doubt it.  But I suspect you’ll see the elimination of the Consumer Financial Protection Bureau almost immediately, along with the roll-back of all the regulations enacted in the wake of the 2008 recession.  First priority is to get Big Business back to the business of raking in as much profit as possible, while the consumers bear the risk.  You’ll see this along with giant tax cuts aimed at the richest among us, while the rest of us are expected to be thankful for the leftover scraps.

You’ll see the appointment of hard-right Supreme Court justices who will overturn Roe v Wade at the earliest opportunity, strengthen the right of corporations to pour anonymous money into politics and bolster the claims of religious liberty in refusing service to those whose very existence is found to be an affront to their version of God.

I hope to hell that Ruth Bader Ginsburg is healthier than she looks.

I also think that if the Democrats try any of the obstruction tactics the Republicans have used for the last eight years, Republicans will institute the full “nuclear option” and eliminate the filibuster.

They don’t care about senatorial tradition, they care only about wielding and retaining their own power.

So how did we get here?  I see two main causes.

Cause #1: Over 20 years of loud, yet fruitless investigations.

The Clintons have been the victims of hyped-up witch hunts since the Big Dog was president.  What these investigations did or didn’t find wasn’t nearly as important as the volume at which they were conducted.  Every time an investigation closed without finding anything actionable, another one began.

The entire Benghazi farce was created and propagated for the sole purpose of smearing potential and then actual candidate, Hillary Clinton.  None of the 11 investigations found jack shit that they could use, yet each investigation begat a new one.  And all this was despite the 60 or so lives lost in Embassy attacks during Republican administrations, which yielded zero outrage and zero investigations.

Just once I’d like to hear someone explain why this attack was so much more important than any of the others.  But no one can because the only difference is political.  The Benghazi investigations were nothing but a prolonged smear campaign, designed to alter America’s perception of a political figure.

Basically, the Republicans spent years claiming that Hillary Clinton was a lying, crooked, scandal machine and then ran a campaign against the image they created.  Is she a choirgirl?  Hell no, she’s a politician.  But for some reason, she’s the one who has to be perfect while the other guy’s considerable scandals barely register.

In the land of the rational, some improper emailing is a hill of beans compared to running a fraudulent education scam, going on trial for raping a 13-year old, sucking up to a Communist dictator and encouraging his people to hack his opposition’s email accounts and use them to influence an election, spending one’s life stiffing people he hired, running out on debts, avoiding taxes and refusing to provide his tax returns, and generally acting like a rich, entitled, boorish person of privilege.

Yet he went out there and accused her of doing everything that he, himself has been documented as doing.  And because of the giant cloud of suspicion the GOP created over the years, people believed him.

It’s the classic case of saying something enough times that people eventually believe it to be true, especially if they want to believe it.

Cause #2: The systematic institution of voter suppression tactics in GOP-controlled states.

What the red states have done to the voting process is nothing short of criminal.  They specifically engineered a series of moves that made it harder, more inconvenient and more expensive for minorities (and any likely Democrats) to vote, all under the guise of protecting against “voter fraud.”

This “voter fraud” from which they were “protecting us” was found through extensive research, to have happened 31 times among over a billion votes.  So they pushed for particular IDs to be presented to vote, which were designed not to be convenient for minorities, students and the elderly.  They raised fees to acquire these IDs, and closed or restricted hours at the document-issuing locations where these minorities, students and the elderly were likely to go.

And then they sat back and congratulated themselves on how well the whole charade worked.

That is how you rig an election.  The Russians couldn’t have done it any better themselves.

Of course, there is a myriad of other sub-causes and subplots which contributed to this toxic political and social environment.  And as a result, this was the night Americans stood up and proclaimed they would rather vote for charismatic stupidity than icy competence.

Gods help us all.  We’re gonna need it.

Director’s DVD Commentary: I wrote this first thing this morning and I was going to hold it for Monday, but I feel like it needs to go out now.  Consider this my Monday post, 5 days early.