Well, tomorrow is it… all the craziness of the last four years comes down to what happens tomorrow in voting booths all across America.  And yes, I mean four years.  It was almost immediately after Obama won his second term that politicians and the media began hyping the 2016 election.  And it’s sad.

Stuck with a Republican congress who was determined to run out the clock, Obama never really had a chance to do anything domestically.  Every proposed bill was blocked, regardless of how it could benefit America.  If Obama wanted it, Congress prevented it from happening.

So where the President could change some things with executive orders, he did.  (And, of course, got called a dictator by butt-stung Republicans.)  He also went about fighting ISIS.  Notice how their leaders keep getting themselves blown up.  Not bad for a closet Muslim.

Now we’re about to elect a new president and we’re pretty much in the same predicament as we were four years ago.  Republicans continually tell you how bad things are, all the while the facts say otherwise. 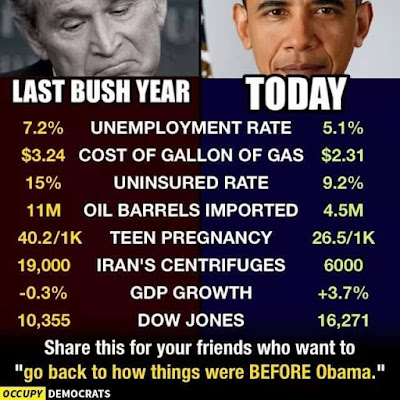 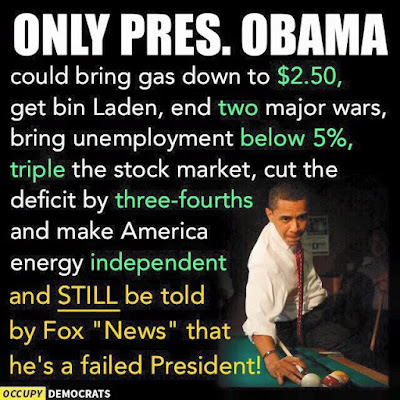 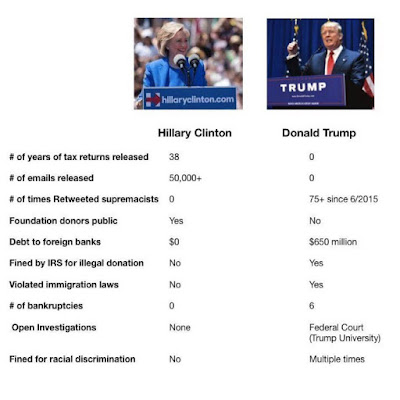 Who knows how well our economy would be doing if we could have passed some jobs or infrastructure bills?  Such is the GOP hypocrisy… step on the brake and then complain that we’re not there yet.  I’ve been saying it since the early days of this blog: You can’t hold up every bill and then complain that nothing is getting done. 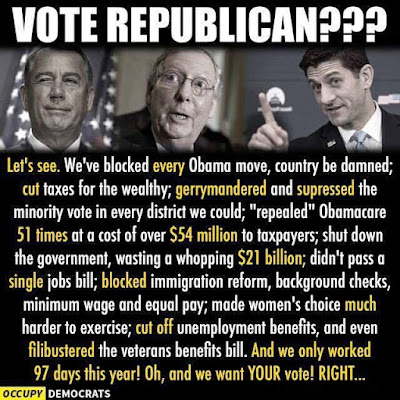 Well, they really can, and they did, but they can’t pretend that no one notices.  I just have doubts about how many others actually do.

I’m not optimistic about tomorrow.  I think there is too much room for dirty tricks, like voter disinformation coming from GOP-run state governments, the closing of voting stations, self-appointed poll watchers intimidating minorities from voting… and that’s just the stuff we’ve already seen happening.  Electronic voting systems are not hard to hack at all.

I read an article, last week, about a “white-hat” hacker who along with some graduate students at a major university, took less than 48 hours to hack into a proposed internet voting system during a mock election.  They were able to alter the votes without anyone the wiser.  Officials would have never known about it if it weren't for some voters complaining about the weird music they heard at the Thank You For Voting screen, where the hackers inserted their college fight song.

It can be done and probably will.  It’s not like the Russians have any disincentive to stop after hacking Democratic Party emails.

Another thing that worries me is how often you see nation-wide polling, like when you see a poll that says Hillary is favored throughout the country, any percent to any percent.  It doesn’t matter because the total of votes on the national level doesn’t matter.  Just ask Al Gore.

What matters is state by state polling.  That’s what’s going to win states and electoral votes, and that’s all that matters.

After all the time, money and effort spent on this campaign, it’s sad to think about how little of it really matters.  Every ad out there is playing to your emotions and providing one red herring after another.

No politician operates in a vacuum.  They all need advisors and a cabinet, and that’s where the party apparatus comes in.  And once the parties are involved, you have predictability because we have seen the history of what they stand for. That’s why it’s so easy to decide in an election like this.

If you are for all of these things, then vote Republican.  I won’t agree with you, but you certainly have the right to vote your values.

The Republicans have already shown what happens when they get what they want. 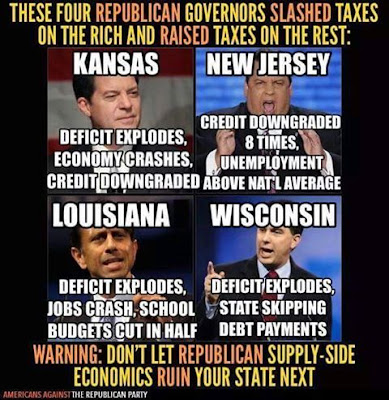 Massive tax cuts for the rich only benefit the rich.  Our history from 1984 through 2008 demonstrates that clearly.  Instead of creating jobs, as promised, they created more bonuses for their executives and more earnings for major shareholders.

It’s about time we start voting for our actual self-interest and not illusions we’re so desperately being sold by the Right.  Or even better, vote to make the lives of others a little better, like those who can’t afford their own lobbyists.

The direction we pick for this country is what matters and this is a black and white choice.

We move forward, or we go back.