When in Doubt, Check it Out

I got a text from my nephew last week, from his freshman dorm at Penn State. He wanted to know if I think aliens exist. Apparently, he’d watched a video that illustrated the evidence that mankind may not be the only intelligent beings in the galaxy. (I’m talking about centuries-old paintings of spacecraft and alien figures appearing on ancient ruins, not local yokels who claim to have been abducted.)

Now, I’m certainly no expert on unexplained phenomena but I have an open mind when it comes to the great unknown. But as a card-carrying skeptic, I want to see evidence and investigate alternative theories.

In this case, I think that with the mind-boggling vastness of space, it’s awfully self-absorbed of us to think we’re the only ones out here, and that’s how I answered his question.

I also pointed out that the church probably wants to keep a lid on all things extra-terrestrial, so to maintain the illusion that we’re God’s only chosen beings, made in his image.

See, this is where faith and science diverge. Religion has its tenets and looks for evidence to back it up. Science looks at the evidence and draws conclusions based on the evidence. And if the evidence changes or new evidence is uncovered, the conclusion adapts. It’s the scientific way. 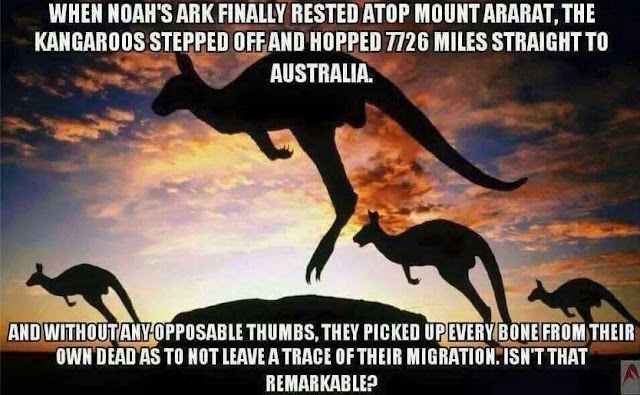 So when a scientific conclusion changes after a period of time, that’s not a flaw, it’s a design feature.

It’s the same with journalism.

Proper journalism investigates an issue (or person) and then the story becomes the result of what they find out. And when a journalist gets a story wrong? Heads roll. Just ask Dan Rather. Or more recently, Brian Ross.

Hack journalism (like that of Fox “News” and other propaganda sites like Breitbart) is much like religion in that it starts with the story it wants and then looks for select evidence to back it up while discarding evidence that doesn’t. 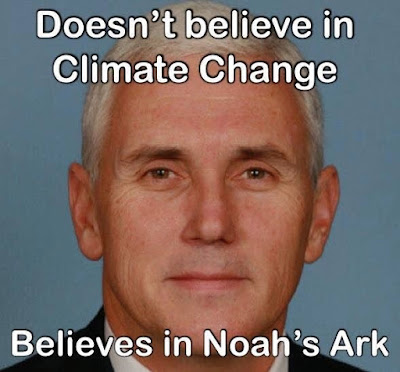 And what is considered solid evidence?

That is a relevant question because not all “evidence” is created equal. One must look at where it came from, how it was obtained, and who profits from its existence.

If you’re talking about a video about aliens, I’d want to know who’s producing it? Have they produced any other work that’s credible? Do they have anything to gain (besides clicks) by convincing you that aliens exist?

Personally, I’d think that having a named NASA scientist’s testimony on the existence of space life carries a lot more weight than that of the average schmo.

(And speaking of NASA, I’d love to know more about this alleged space bacteria supposedly found on the International Space Station.)

If you’re talking about a news story, evidence from sources varies greatly. That’s why responsible journalism requires multiple sources, plus a close look at motivations. A good reporter doesn’t take anyone’s word for anything.

As it’s often told, the first thing you learn in journalism school is that if your mother tells you she loves you, you’d better confirm it with another source.

You couldn’t ask for a better example of that than what was provided by the Washington Post when they shut down sham “sting-video” producer, James O’Keefe, who sent one of his minions into their offices to report being raped by Roy Moore.

O’Keefe is the guy behind the dishonestly edited ACORN videos and dishonestly edited Planned Parenthood “they’re selling baby parts” videos. His MO is to send people into offices of those he wishes to smear and have them secretly record conversations, which he then edits until they completely misrepresent the conversation and appear to incriminate the target.

The Washington Post was having none of it. They listened to the woman’s story over a series of meetings and noticed some inconsistencies, so they checked her out. And once they observed her walking into the James O’Keefe’s “Project Veritas” offices, they had even more reason to check into her background.

Now here’s where it hits close to home.

It turned out that Sweetpea’s older brother used to date this woman, many years ago. They bought a house together, which he soon abandoned because “she was a nut job.”

He didn’t know about her affiliation with O’Keefe or anything about her recent notoriety until he was contacted by the Washington Post and asked about her. When they called him, they referred to him by his common name used by friends, rather than legal name, so they were obviously referred his way by another third party.

This is journalism at its finest. They dug deep into a prospective source’s background, to see if she was on the level.  The Post wrote up the entire story, soup to nuts, exposing the attempted smear job. I’d say these conservative con artists were counting on the Post acting like Fox “News” and just running anything that bolsters their corporate philosophy or tears down their rival’s. They never considered that a legitimate news outlet does its homework before publishing.

And then when O’Keefe released an edited smidgeon of his minion’s conversation with the reporter, the Post released the complete audio, which shows how it was edited to change context. Again.

Journalism is under attack in this country. Irresponsible outlets like Fox “News” and AM talk radio has blurred the line between news/ journalism and opinion, to the point that no one believes anything. Then people like President 45 use that blurring to refute truthful reporting when it makes him look bad.

Every day, when you read the news online or watch TV, you must be a skeptical consumer. Look at the news sources. If you’ve never heard of the website, you have no reason to trust it. And the fact that they’re pushing something you may want to believe, should hold no weight. All news outlets are not created equal.

Other times, they’re no more reliable than the town drunk hollering at the end of the bar, like Fox “News,” or other agents of disinformation like Project Veritas.

There is news and there is fake news. For the good of the country, please make sure you know how to tell which is which.
Posted by bluzdude at 6:34 PM

To most of these so-called journalists it's just a matter of publish first, correct later. Or spin later, to fit your narrative.

I think a huge part of the problem from non-fake news outlets is the desire to be first. Like with that Brian Ross thing, it was even reported live on The View because some guy with a cue card could not scramble out there fast enough to hand that sucker to Joy Behar, and on the spot, without question, she announced this news as if it was fact.

The problem with a need to be first is that sometimes you end up reporting something wrong, because at a certain point a producer's just going to take a gamble and say, "Yeah, it's probably true, let's run with it."

But especially in this political climate, where facts MATTER, 'probably' isn't good enough.

No question... there are very few who will pass on "first" so they can be "right."