Don’t even think about all the calls for the president’s impeachment; it won’t change a thing, except that the sideshow leaves town. Even if Robert Mueller’s investigation brings down his whole team, all of the noxious ideas spewing from Washington will continue

Because he’s the president, everything that’s going on in Washington is being laid at Trump’s feet, but that’s not necessarily the case. What Trump is trying to do comes right from the mainstream GOP leaders and will continue whether he is president or not.

For example, there’s the leadership tussle at the Consumer Financial Protection Bureau. The Director of the CFPB resigned recently and named his chief of staff as his interim successor, as stated in the 2010 Dodd-Frank Act (which established the Bureau). That successor is to remain in charge until the president formally nominates someone and that person is approved by the Senate.

Meanwhile, Trump named his own interim director, Mick Mulvaney, who is his current director of the Office of Management and Budget. Mulvaney has also called the CFPB a “sad, sick joke.” As with other organizations that they deem "business-unfriendly, Trump has appointed a “leader” whose top job is to neuter, defang and destroy the organization he’s running.

Remember that the CFPB’s sole purpose is making sure that the public is not being screwed by banks and providing remedies like class action suits when they are. Ask yourself why the Republicans are siding with banks instead of you.

There shouldn’t even be a discussion of who is going to be in charge for the near future. Dodd-Frank spells it out clearly. Elizabeth Warren has been sharing the text of the bill on Facebook. It’s not at all ambiguous. But President Trump is not concerned with what the law says; he wants what he wants and that’s what all the GOP leadership wants… to make things more prosperous for the upper class.

But impeaching Trump does nothing to protect the CFPB. Mike Pence, Paul Ryan, Mitch McConnell and all the boys will step in and continue the process of milking the American public for every dollar they can squeeze out. And they’ll do it without wearing the clown shoes. As long as Trump is in there, every minute they spend trying to keep a lid on his baser instincts is a minute they’re not spending trying to screw us.

Same issue with Net Neutrality… a concept that simply means that internet providers do not have the right to pick and choose what content they provide to consumers or charge based on the type of content delivered. The Obama Administration, via the FCC, classified the internet as a utility, not unlike the gas and electric companies. The power company cannot charge you one price for operating your TV and another for your stove.

This move was hailed far and wide by the internet-using public and decried by Republican leadership as over-regulation. (Whenever there’s a regulation in favor of the general public at the expense of big business, they call it over-regulation.)

The new FCC leader just announced a proposal to roll back Net Neutrality and allow ISPs to self-determine their method of billing, by removing the utility aspect of the internet. At the moment, ISPs like Comcast are falling all over themselves saying they “have no plans” to change the way we buy internet service.

But you’d better believe they’ll have plans once the change becomes official. There’s a reason they’re all fighting so hard to repeal Net Neutrality and it’s not because of some high-minded concept. They’ll want to make your internet service just like cable service… bundles, packages, pay-per-view… It would all be legal with the new federal guidelines. 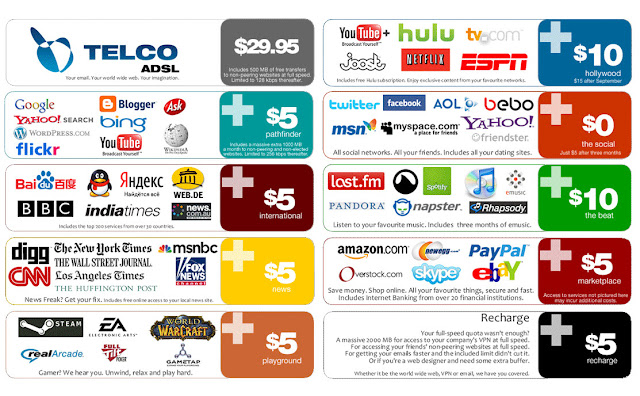 Without Net Neutrality, your internet service options could look like this.

Impeaching Trump changes none of that. The rest of the GOP leadership has been fighting Net Neutrality since before The Donald even thought about running for office. It’s another situation where big business gets bigger and richer and we end-users pay the price.

And if media consolidation continues like it has been, there may some websites your provider won’t let you access at any price. Right now, Time Inc. just agreed to be bought by an entity backed by the Koch Brothers. And CNN is being aggressively pursued by Rupert Murdoch, with help from the Trump Administration. They are holding up a merger of Time Warner with AT&T until they sell off CNN and other assets. 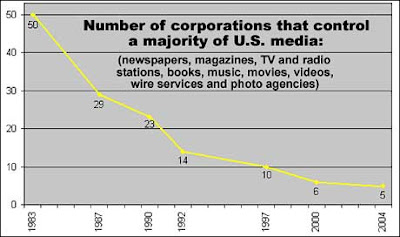 It’s not like we have that much media ownership diversity right now.

If you have Rupert Murdoch, the source behind the conservative juggernaut that is Fox “News,” running the show, do you think he’s not going to influence content decisions of his new internet provider?

And forget about CNN ever being legitimate again. In one move, he’ll have silenced a respected provider of inconvenient facts and most prominent critic of his Fox empire. 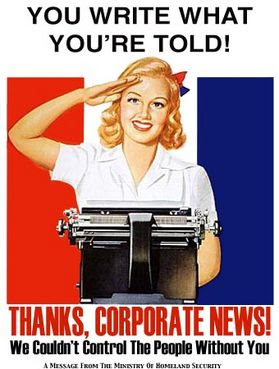 They can block, restrict or extort for a price, the access to progressive sites, political enemies,
None of these activities originate with Donald Trump and they will not cease if he’s booted out.

This is what Republicans do when they have the carte blanche of operating the executive and legislative bodies. The only legitimate course of action we have is the 2018 and 2020 elections.

People need to make sure they’re registered, right now. Republican state governments are actively trying to “purge their voter rolls of fraud,” or in other words, those likely to vote Democratic. They know they’re pissing off a lot of the electorate and they’ve already gerrymandered the House into their own virtual kingdom, but the last thing they want is a swarm of angry voters showing up to vote.

Look for urban voting centers to be eliminated, licensing agencies to close, fees for IDs to increase and misinformation to blossom as to where and when to vote.

Think that can’t happen? It already has, in red states all over the country.

They don’t care about our voice, they don’t count our votes, they ignore our overwhelming will for common sense regulation, be it guns to abortion to birth control. To Republicans, we are nothing but a source of income; a resource to be wrung dry, a commodity to be bought and sold.

We need to speak up in a loud voice, that we will no longer stand for it. And we must do it at the polls.

That’s the only way that counts.

They forget that there are over 300 million of us and only a few hundred of them. I wonder what it will be like when the peasants start revolting.

That's why they ply is with distraction issues like confederate statues or Trans people in the bathrooms... To pull our attention away from the Royal financial screwing they want to put to us.

It doesn't help, though, when they report fake news like they did over the weekend with that whole "Flynn is going to testify that Trump colluded with Russians" thing. Getting everyone's hopes up. Getting everyone talking about impeachment. And then oh look it was proved false, Brian Ross got suspended for reporting it as fact, and we wonder why people complain about fake news* infiltrating our Internet and our airwaves.

*quite possibly the most overused and annoying term of 2017

When serious journalists make mistakes, heads roll. Unlike at Fox "News" where they just change the subject. Or continue with the false material anyway.

Hey now, Tucker Carlson is never wrong. You can't cuck the Tuck... whatever the fuck that means. While Brian Ross is misreporting things that were handed to him, Tucker Carlson is ABSOLUTELY DESTROYING... some 19 year old kid who's stammering easily battled talking points.

Of course he is, because it's a complete setup... As I described in great detail, here: https://darwinfish2.blogspot.com/2017/11/keep-your-hands-to-yourself.html