Our feckless “leader” has gone and done it; he’s decided to get his wall money by declaring the border situation an “emergency” and then raiding funds meant for other uses.

In no rational way is this a legitimate emergency, not unless you’re one of those ‘Murcans burrowed deep into fallout shelters, scared to death of the caravans of brown people, who in seeking a better life, want jobs picking crops, landscaping and cleaning hotel rooms. You know… the scary people. 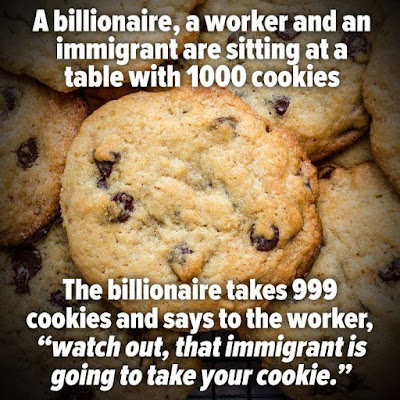 This is a “wink and a nod” emergency. It’s just a way for the Dotard in Chief to circumvent Congress and his vanity wall. 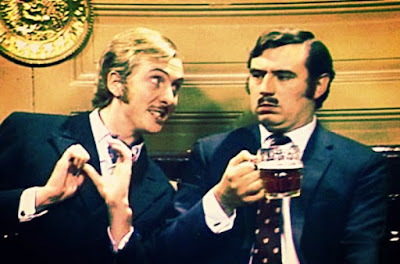 Mr. Cheeky has already admitted it out loud, on camera, saying, “I didn’t need to do this. But I’d rather do it (build the wall) much faster.”

Did you see from where he wants to pull the money? Among other things, he’s targeting funds earmarked to upgrade soldiers’ housing. Apparently, there are significant numbers of servicemen and their families living in moldy, rat-infested houses. Sure, everybody gets all weepy and patriotic about military men and women, but let’s divert the money meant to keep them from living in squalor.

He’s also moving funds from border patrol units who manage ports of entry… you know, the places where undocumented immigrants and illegal drugs most frequently cross the border. He’s taking money from units that keep us safe to build a wall which is far less effective in keeping us safe… for safety’s sake.

So far, Republicans in Congress seem to begrudgingly go along with it, but I’m not surprised. I’d be flabbergasted if these Republicans actually put the constitution and the good of the country ahead of their fears of not getting reelected.

I’m surprised that more of them aren’t bringing up their nightmare scenario of a Democrat getting elected president and then using the same executive power to address some actual emergencies.

If I were running for president, it would be part of my campaign promises… “If this emergency end-around gains court approval, on Day One I will declare national emergencies on climate change, gun-related deaths, health care, and opiate overdoses.”

Guaranteed that Mitch McConnell develops a massive case of selective amnesia and decries the unprecedented massive power grab. Guaranteed that he will NOT say: “Yeah, I should have seen that coming.”

On the surface, it looks like conservative hate-monger Ann Coulter has seen the light. She recently said, “The only national emergency is that the president is an idiot.”

She’s right, of course, but for all the wrong reasons. She thinks he should have kept the shutdown going, leaving millions without paychecks, rather than caving and using the “emergency” maneuver. It’s not like she suddenly developed a conscience or sense of empathy. Or human decency.

Trump is sure his power grab will ultimately be found constitutional by the Supreme Court. After all, he packed it himself!

I think the wild card here is John Roberts. He’s the only conservative who appears to give a shit about keeping the court from becoming a partisan joke. If the lower courts all line up behind calling foul, I don’t think he’ll reverse them.

Best case scenario… the whole thing takes up the next two years so we can elect a new president and he or she can shitcan the whole operation.

That’s going to be a full-time job for the next Democratic president: undoing all the atrocities performed by the current swampers.