I had a bunch of other stuff I was going to write about but the lingering story about Virginia governor Ralph Northam has me in a stew.

First of all, the story is all over the map. Is it him? Is it not? Is it not, but he appeared in blackface at some other point?

His med school roommate doesn’t think it’s him at all, per USA Today.

The Governor’s ever-changing story/apology is not filling anyone with confidence or forgiveness.

Now, I agree that appearing in a picture like that is pretty loathsome. It’s not something I would have done in 1984 (when I was one year out of college). (I did plenty of other offensive stuff.)

You can’t judge 35-year-old actions by the standards that apply today. That’s not a fair beef. If that was a picture from last year, or three years ago, or ten years ago, I’d also join the chorus calling for his resignation.

But Jesus Christ, we all did stupid shit in the 80s. I remember my college self and my friends as desperately trying to break conventions and be as irreverent as we could. Our knowledge of the world was a mile wide and an inch deep. We just wanted to stick it any public convention that was standing in the way of our having fun.

Shortly after 1984, Sam Kinison and Andrew “Dice” Clay set the landscape on fire with their outrageous and offensive stand-up comedy shows and albums. It’s just the way things were back then.

My friends and I rarely thought about race. In fact, out in the sticks where I grew up, we were pretty isolated from any other cultures, aside from a smattering of Mexicans. We told jokes that would be offensive to pretty much every ethnic category, but we didn’t mean anything by it. They were just jokes.

In our early 20s, we were not yet fully developed people. I would hate to be judged today by the things I did when I was a boy.

For instance, I used to have a rebel flag. My dad brought it home for me from the Atlanta airport. I had it tacked up in our barn where we partied, and then on my apartment wall when I moved out. To me, all it meant was Lynyrd Skynyrd, The Charlie Daniels Band, and southern rock. That was it.

I know it’s in the background of some old pictures laying around in dusty desk drawers and I’m disturbed to think that if one of those went public, it would probably disqualify me from holding for public office today. All because I loved “Gimme Three Steps,” and the sound of a southern drawl.

Thirty-five years is a lot of time to grow up. You learn more about the world and about other people who aren’t like you. You mature. You empathize. And the culture changes to become more inclusive.

When judging Governor Northam’s situation, I think the important thing to know is who the guy is now and what he is trying to accomplish. We have outright racists in government, saying offensive things and pushing racist policies today. Those are far more important targets for our cultural wrath.

Republicans never kick their own people out over stuff like this. They just demand that we do, then laugh as we follow through while they just consolidate their power.

If we continue down this path, who are we going to get to run for office? The talent pool of good candidates for top (or lower) government offices is thin enough as it is, without requiring that they have to have been perfect throughout their entire lives. And not just perfect at the time; perfect in retrospect.

And what about 30 years from now? What kind of stupid shit are we doing now that’s going to be offensive then? (Besides wearing MAGA hats.) Maybe in 30 years, we’ll have decided that staring at your phone while in the presence of others is a high insult.

If that happens, the robots will have to govern themselves.

In this country, we prize the ability to learn and grow. Governor Northam should apologize and take ownership of whatever it was he did in 1984, photographed or not. And then we should judge him by his actions as governor, not for failing to live up to standards that didn’t exist yet. 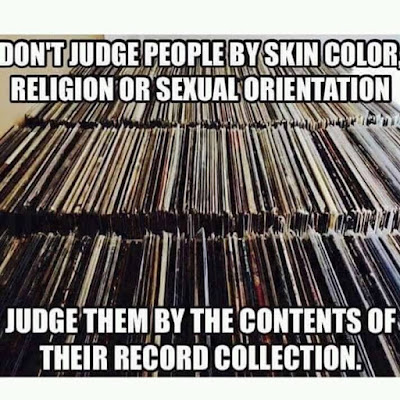 DVD Director’s Commentary: I have no actual plans to run for office. I’m just sayin… the flag thing would be a problem if I did. It’s not like I’m bulletproof like Mitch McConnell.
Posted by bluzdude at 5:09 PM