Really, We CAN Handle the Truth

I wasn’t going to mention the rampant falsehoods coming from the Oval Office again this week but hey, I’d be remiss if I didn’t celebrate a milestone.

Over the weekend, Individual One passed a landmark when his prevarication count passed 10,000 lies told since inauguration. Hail to the Chief! That’s some serious dedication to the Falsifying Arts. From now on, they should just replace the Eternal Flame in Arlington with this: 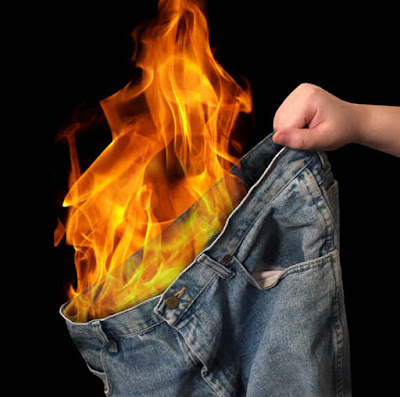 He passed the 10k level with 49 lies on Friday, 24 of which came at his speech to the NRA. For an encore, he lied 61 times at his big shake-'em-up rally in Green Bay.

It’s so bold, you almost have to laugh, until you realize how tremendously unfunny it is. I mean, people actually BELIEVE this stuff.

Just look at the conservative letters that come into newspapers and such. So many of them start with one of his lies as the base from which to make their point. Crisis at the border. Mueller exonerates Trump. Mothers and Doctors collaborate on killing healthy babies.

I would be interested in seeing these lies broken down into recurring categories; I’m sure it would be informative. The more he lies about a subject, the more important it would be to him that we believe it.

Obviously, The Wall would be a big chunk; you’d probably need some sub-chunks to cover the various areas in which he’s lying about his vanity project. Russia would be another big chunk, as well as anything to do with covering his ass from legal proceedings.

I’ve always said that people will believe anything if you say it enough times, especially if it plays to their biases. Trump knows this well and should be cast in bronze as Exhibit One. The sooner the better. 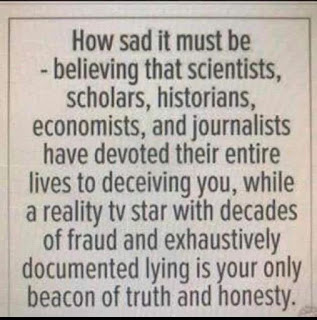 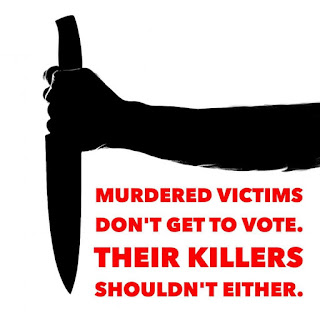 This exists because there are proposed laws afoot that would restore released felons’ right to vote. This scares the hell out of the GOP wherever plays out because they think “Released Felons” = “Likely Democratic Voters.”

I guess it all depends on the nature of the felony. I’d bet you white collar felons, what few there are, would skew heavily Republican. I was going to say “banking industry felons” but when the hell do bankers ever get convicted of anything?

So in the continuing effort to suppress probable Democratic votes, we have this attempt at skewing the perception of voting ex-felons.

On the surface, this vote for a vote meme might seem like a valid idea, but what is omitted is more important.

How many “killers” get released from jail, compared to all other felons? I’d bet it’s damned few.

Compare the “damned few” to the total number of ex-felons and you begin to see the whitewash. There are thousands of non-violent felons who have been released from jail, either on parole or from time served. There is no rational reason why these people shouldn’t be eligible to vote, and “We’re afraid of who they’ll vote for” wouldn’t count.

They want to suppress the voting rights for thousands because the potential votes of a few might be distasteful. The goal is to make you look one direction, at the murderers, and use them to get you to support depriving a bunch of other people of their vote.

We all have the right to vote. Nothing in the Constitution takes that right away. I can understand and support depriving the vote from prison populations… there are costs when you commit crimes (and you’re not rich and white).

But once you’re out? The whole idea of prison is supposed to be based on rehabilitation. You do your time and then get to go free. If you did something so heinous that they never let you out, so be it.

But once you’re free, you should be able to vote again. Voting is a civic duty and is something that could help bring ex-cons back into society. It’s a way to take responsibility for what’s going on around you.

This meme is pure voter suppression masquerading as empathy for victim’s rights. We know THAT has to be wrong.

Since when did conservatives have empathy for anyone (that’s been born)?