One thing I wonder about during my occasional sleepless nights… Is there anyone keeping track of all the atrocities from the Trump administration that the Democrats have to undo? I mean, assuming they win office in 2020. Or, heaven forbid, 2024, which I’m sure would be an even longer list.

When he’s not stepping on his own dick, Individual One has been a busy bee during his first half term. Some of the things were heavily publicized, other things not so much. So much harm has been done to the apparatus of government, usually in the areas that keep the super-rich from screwing everyone else. 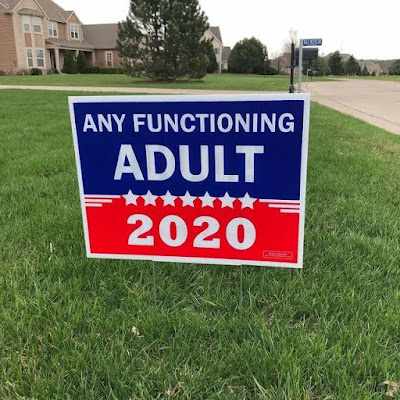 Is anyone keeping track of this stuff? I can come up with some stuff off the top of my head, just by rolling through some of my old posts, but it’s hardly an exhaustive list.

As far as I can tell, the only big legislative act was the massive tax cut for the 1%ers. The bad news is that it would take a filibuster-proof Democratic Congress to undo that financial felatio and that’s unlikely. The good news is that so many of the other destructive policy changes were done via presidential order. The next guy up is completely within his rights to undo them again. 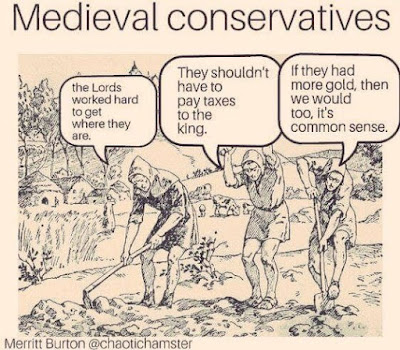 This would make an epic First 100 Days for a new Democratic administration. Within the first three months, a new president could perform a major chunk of American reputation repair, without even breaking a sweat.

First, they can start to get our financial house back in order by overturning the stripping of the Dodd-Frank Act and restore independence to the Consumer Financial Protection Board. This will keep banks from dangerously gambling with our money and sinking the economy the way they did in 2008 and put them back on notice that swindling their customers is once again forbidden.

Also, re-enact the “Fiduciary Rule,” which decrees that brokers must put their customer’s interest before their own. (Only a Republican would think it’s a good idea to have that the other way around. But you won’t hear them talk about THAT on the campaign trail.)

Obviously, rescinding Trump’s tariffs should be done immediately. Trump still thinks tariffs on foreign goods hurt the exporters, rather than the US consumers who buy the merch at higher prices.

On the health care front, repairing the damage done to the ACA would be needed. The ACA has suffered death by a thousand cuts, but a new president can stop the cutting and start the mending. 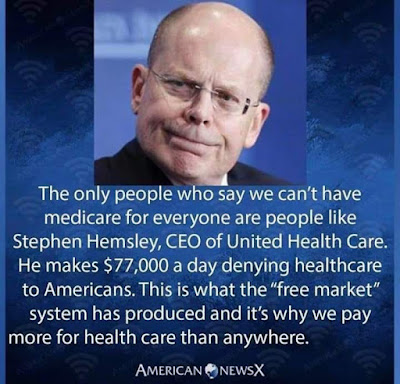 Ensuring that birth control remains an integral part of insurance coverage will save untold millions, in addition to being the most effective way to lower the number of abortions. Republicans like to talk about governmental over-reach but their abortion policies are the grossest examples of government gone intrusive.

And they’ll need to end this heinous idea that caregivers in hospitals or behind pharmacy counters can withhold medical care because they have a “religious” disagreement with a prospective patient. That’s akin to letting a cashier refuse to ring up a salami sandwich because she’s a vegan, only with life and death consequences. You want a nice, spiffy new law? Make the Hippocratic Oath the next constitutional amendment. 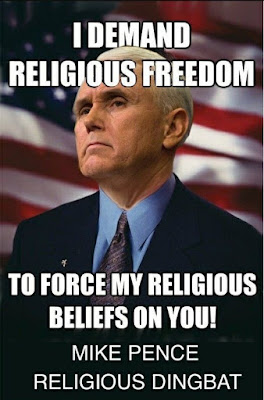 A new administration can be a literal lifesaver towards the environment, whose prognosis has suffered greatly in the last two years. The EPA can be re-staffed and have its scientists unleashed to once again, discuss what the data says, rather than what a bunch of rich businessmen want it to say. They can end the dumping of coal waste into running streams and rivers, which, again, only Republican businessmen seem to think it’s a good idea.

We can get back into a world leadership position by rejoining the Paris Accords. Climate knows no boundaries. It’s going to take all countries working together to make any kind of difference in the rising global temperatures. We can’t do it alone and they can’t do it without us.

The next one up can look at actual immigration reform and not just place a moratorium on brown people. Reversing everything Trump has done regarding the southern border would be a good start. That includes reining in ICE, who has become a de facto Gestapo, with nearly limitless powers to run in anyone they choose.

The next president can nip a problem in the bud before it becomes entrenched, by restoring Net Neutrality, and make sure the broadband providers don’t turn the internet into just another overpriced and inefficient cable company product.

I know there is a lot more, but you get the picture. These are things that solid majorities of the country would be behind… even more so if it’s weren’t for the corrosive Fox “News” cheerleading for the other side.

Not only are these righteous actions, but they’d also make a pretty damned good platform to run on, wouldn’t they? If you can’t sell this stuff, you don’t have any business running for the Democratic nomination. 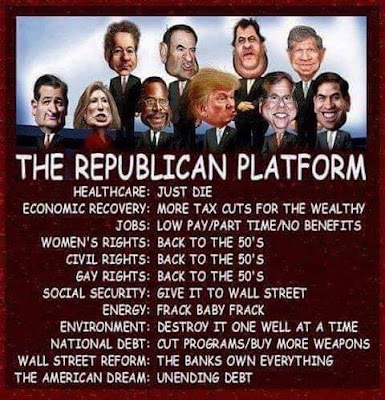 The agenda is right here. Now which candidate will pick it up and run with it?
Posted by bluzdude at 8:30 PM

Reversing everything Trump has done regarding the southern border would be a good start.

Including, of course, tearing down whatever bits and pieces of %$#@!*# wall Trump has managed to get built, in the unlikely event that he ever gets any of it built. The next President will have to work hard at restoring relations with Mexico and with Latin America in general.

But you're right, he or she is going to be busy.

Now which candidate will pick it up and run with it?

I think any of our candidates, if elected President, would do all this stuff. There's almost nothing Trump has done that any real Democrat would simply let stand. Good point about making "de-Trumping" an explicit part of the candidate's platform, though. It's an inspiring picture.

I agree. Think any of the candidate running for the Dem nomination would end up a savior. I just want someone to start campaigning on reversing every executive order and rule the Orange Turnip enacted.

We can't move forward as a country until we repair the damage done.

"If the right to vote were expanded to seven year olds ... its policies would most definitely reflect the ‘legitimate concerns’ of children to have ‘adequate’ and ‘equal’ access to ‘free’ french fries, lemonade and videos." ~ Hans-Hermann Hoppe