Praise the Lord and Pass the Ammunition

This is such a churning cauldron of dysfunction, isn’t it, this Coronavirus situation? People are going every which way, which is ironic, given the lockdown we’re under… well, at least some of us. And because it’s America in the 21st century, this medical crisis is a political situation because everything turns political, especially once there is money to be scammed, I mean, earned.

I keep seeing a lot of memes like this coming from Republicans: 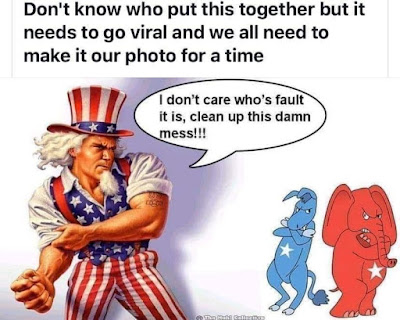 Whenever you see Republicans plead for unity come out, it’s a sure thing they just screwed the pooch.

“Nothing to see here, no need to ask about why South Korea handled this so much better than we did. Don’t worry about where all the masks went, I’m sure Amazon will have them back in stock soon. Let’s just concentrate on moving forward! Hey, let’s all go to church!”

Our state of political tribalism is literally going to kill us.

If you want to see a microcosm of the Republican Party, just consider that their priorities are keeping the churches and gun shops open. As far as I’m concerned, keeping both of these open is just going to kill more people.

With the churches, the problem is obviously the crowds (and science denial). A packed church is an incubator of virus transmission. I’m guessing the pastors stop insisting everyone come to church just as soon as they get i-Tithing service online on their webpage. And not a moment before.

I don’t get the guns thing though. I mean, I understand some might be thinking ahead for when their town really goes in the shitter and they want some defense against looters or burglars. But I’m also thinking about how many guns are already out there. Those with the guns certainly don’t need more. I’m pretty sure one can defend his house with a shotgun as well as a .22. They’ll be trying to repel some poor wretch looking for toilet paper, not a horde of zombies.

My problem is with those who don’t already have guns. If they rush out and buy one now, how are they going to get trained to use it properly? The last thing I want is a bunch of freshly minted, untrained Rambos running around looking for trouble and jumping at shadows. If I was a food or package delivery person, I’d be scared shitless that some nimrod who didn’t know his daughter ordered take-out heard a bump in the night and opened fire.

Georgia’s governor Kemp really showed who he was last week, didn’t he? He announced at a press conference that he didn’t know until the previous day, that asymptomatic people could spread the coronavirus. Seriously.

This is slam dunk evidence of one of two things. Either this guy and his entire cabinet are illiterate, ignorant, imbeciles, and haven’t watched major TV coverage of the black plague of the 20s or Kemp just went up there and told a lie of Trumpian proportions. A lie on par with claiming you dumped a couple hundred black thousand people off the voter rolls because you were worried about voter fraud.

I tend to think it’s the latter. Down deep in their reptile brains, that there is that sense of what is needed for survival. It’s human nature to seek information about what’s harmful to you. And it’s not like this information was a closely guarded secret. He knew. They all knew. But they just don’t care.

Governor Kemp wouldn’t care if the whole city of Atlanta dried up and blew away. That would just add to his margin of re-election. And now he’s opening the beaches? Might as well just start calling him Governor Vaughn. 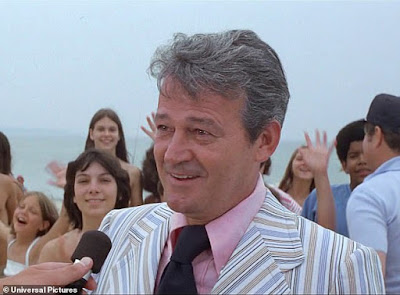 This guy won’t announce a lockdown until a coronavirus swims up and bites him on the ass. Someone better check the Governor’s finances and see how much beachfront property he owns.

Once hell’s broke loose in Georgia and the Devil deals the cards, I’m sure he’ll reconsider. But like with Trump, he’ll never do the right thing until he’s forced into it. And by then, there will be hundreds or thousands of preventable deaths on his hands. But that’s the way it works when you have leaders with no moral compass. 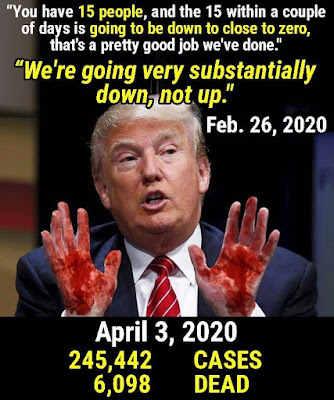 And now, the rest of the country is at risk because of this grifter and the rest of the Republicans who won’t lock down their states. As if germs hop off when carriers cross the border. 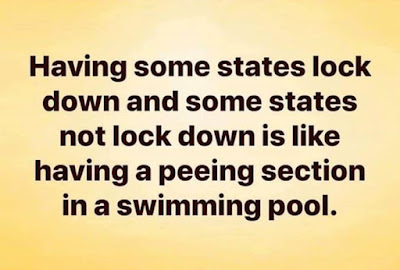 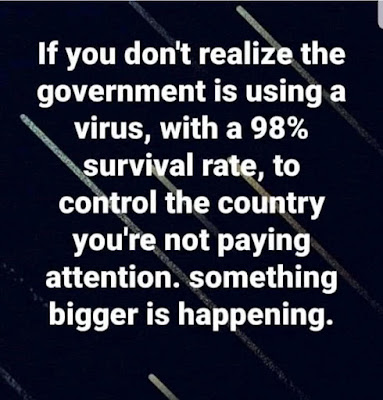 I’m not even sure what the real point is. I just know there’s some misleading going on. Because it seems like they think a sickness with a 2% mortality rate is no big deal. (I heard it was 1%, but I won’t quibble.) You have to keep in mind that 2% of our population is no trivial number. There are around 331 million people in this country. Two percent of that is 6.62 million people. Those are holocaust numbers. Just think how much money and heartache we spent over losing under 3000. And one percent would be 3.31 million deaths. So there’s nothing “only” about a 98% survival rate.

That said, there’s definitely something bigger happening, but I don’t think it’s what the purveyors of this meme are talking about. While they may complain about some arts funding or paving the way for mail-in voting (for which the only valid objection is for voter suppression), the religious right is leaping at the chance to put the squeeze on abortions by deeming them unnecessary medical procedures.

Obviously, this procedure is “unnecessary” unless you’re the one with an unplanned pregnancy. But that’s their mindset… in a global pandemic of clusterfuckian proportions, it’s better to have a woman carry a baby, visit hospitals under duress for her prenatal care, and bring a baby into a contaminated environment. The woman has no say in this because Republican politicians know what’s best. And this while they work on ending Obamacare and WIC, SNAP, and any other services that would be helpful for a new and financially struggling mother.

The other “bigger thing happening” is that the government just made $500 billion available for whoever they want to give it to, with no strings and no transparency. Just trust them, right? This is the opening of the trough, my friend. Just no holds barred giveaways to the richest among us.

Look at how hard the Republicans fought against the transparency clause. The last thing they wanted is for anyone to know where the money’s going. They learned their lessons with the 2017 tax cut. Too many people knew who was buying back stock and who was paying executive bonuses. Not this time. Now they have deniability, courtesy of the Mitch McConnell and the Trump Administration.

On the home front, I’m entering my 4th week of quarantine/working from home. The only people I see, outside of Sweetpea, is the girl at the Burger King takeout window.  But it’s all right. I’m happy not to be spending 90 minutes every day commuting. I get an extra hour’s sleep every night.

I do keep running into this same predicament over and over. I use the bathroom, take the opportunity to wash my hands, obviously going a full 20 seconds. Then I dry off, go to leave the bathroom and… 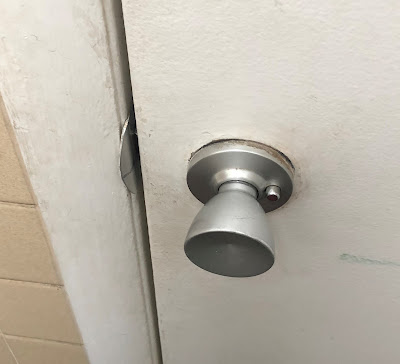 It’s decision time. When was the last time we cleaned the doorknob? Do I want to waste a precious commodity by using a few sheets of TP as a buffer? Use a towel? Modern times is hard!

Now, I make it a point to open the door before I wash up. I’ll have to go write that into my emergency pandemic plan.

boris johnson is in the ICU doing poorly. Don't you think he needs a few roommates?
And now I have that dixie chicks song in my head - thanks.

Could be worse... could be a commercial jingle or TV theme song.

Is there someone forcing people to put themselves near someone who may have the virus?

Just returned home from the nursing home. I turned on the tv and the Penguin s won. Malkin most valuable. Something good for you.
Wishing u and sweet pea cozy nights.
Is this a recent game...fans are there?

That was a rebroadcast of the 2009 Stanley Cup finals. The current NHL season has been suspended indefinitely.

Ha - the doorknob does present a chicken and egg predicament.

I'm home most of the day alone, so I get to leave the bathroom door open during that time,(lol) but I'm old school and always keep Pine Sol and bleach around the house.I've had to go to the grocery store to get fruit and always wear masks and gloves, but it surprises me that most people still don't wear them. You guys stay safe! Socially distant hugs, RO