I just happened to stumble over some blog material I had stashed in my email “Drafts” folder. Apparently sometime after Election Day, I found a conservative list of complaints and squirreled it away for later examination. Why there were no graphics that went with it, I have no idea. I can’t remember where I found this, only that I copied the verbiage and stashed it in “Drafts.”

Anyway, it’s somewhat dated but still infuriating in its delusion, so let’s have a look. The GOP gripes are in red. (As if you won’t be able to tell.)

I just don’t recognize MY country any longer! What has happened to America in the past few decades?

Our Biggest, and Greatest City gets invaded by Muslims, and we elect them to our Congress and they want to Impeach our President!

“MY country?” Listen, pal, “YOUR” country includes everyone. You obviously misspelled, “OUR country.” Right out of the gate, there’s the religious bigotry. Apparently being Muslim is a disqualifier to holding office, because there is no difference to a MAGA between the twenty-some 9/11 hijackers/conspirators and every other Muslim in the world. “White makes right, baby!” Maybe he never noticed but a shitload of non-Muslims wanted him impeached too. Lastly, I wonder if the former guy might have written this himself. It certainly has his compulsion for random capitalization.

Our Children don’t have any Identities anymore, and our Bathrooms are places for predators.

Really? Unidentified children are on the loose? Or is it maybe that some of them choose identities that he doesn’t like? And show me where attacks in bathrooms have been committed by Trans people or crossdressers? It isn’t happening. This is just a scare tactic accepted as fact. He might as well be ranting about the Boogeyman.

Our subways have become a home for Psychos, Mental Patients, and the Homeless to do their Dirty Deeds. They are so filled with Crime that people fear to use them.

LOL… he thinks this is new?  Where has he been for the last 50 years? (Probably in Montana or something, where the only Subways sell sandwiches.) Although I can’t speak for other cities, but I’ve never felt threatened in my 20 years of riding the Baltimore Metro (subway). Sure there are the occasional panhandlers, smelly people, shoplifters selling their plunder, and loud cellphone talkers, but that’s just a microcosm of the city. It’s just funny that he seeks to blame Democrats for a societal problem that covers decades. (Of course they do, everything that’s wrong is always the Democrats’ fault, right down to Republicans storming the Capitol, on command, on film.) Lastly the only “Dirty Deeds” I know about are done dirt cheap by this guy: 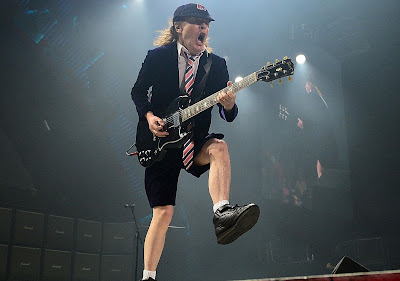 We allow Sick people to cross our boarders ILLEGALLY to commit horrible crimes, and bring in drugs and yet we call the Wall that stops them “Immoral”!

More scare tactics assumed to be true. The statistics show that immigrants, legal and illegal, commit far fewer crimes than American natives. As for being sick? Another big assumption and is especially rich considering the pushback on mask-wearing, spacing, and vaccinations currently underway in red states. Plus, we (Republicans included) considered the Berlin Wall immoral for generations. This one would be no different.

The obligatory reference to veterans’ problems, which Republicans constantly bemoan but never actually do anything about it. Invaders? Immigrants are “invaders,” but only from the Southern border, right? They’re only “invaders” if they’re not white. Just more racist bullshit.

We impeached the best President that we’ve had in decades, and vote for a Senile, delusional, useless, inept man to destroy it.

“Best President” by what standards? By the “Most impeachments?” Definitely. Most indictments in an Administration? Absolutely. In fact, all the descriptors used in his previous sentence describe the former guy to a tee. I don’t even have to elaborate. You can come with an instance or several for each one. 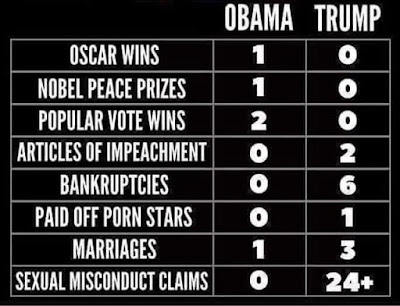 We put a person into the second-highest office in the land only because of her gender, and the color of her skin.

Yeah, and after only 45 white guys in a row. The white guys were cheated, I tell you! The fact is that Harris’s qualifications are no better or worse than the rest of her predecessors. (Maybe someone can tell me how abundantly qualified Dan Quayle was.) Hell, she was a qualified as Obama was, plus she served more time in state office.

When if ever will we wake up and see what we have done?

As for what you have done, it takes at least four years just to clean up afterward. It happens time and time again… a Democratic administration has to come in and repair the damage that Republican tax cuts, environmental chaos, infrastructure abandonment, and safety net destruction do to the country. A party that has no intention to actually govern sure fights hard against one that does.