Here in our neck of Baltimore, the Cicada Apocalypse is winding down. Today I could only hear a couple of random holdouts; a far cry from the din we had a couple weeks ago.

The last time they were here, in 2004, I was an apartment dweller. The only time I was outside was walking the 10 yards from my door to the car, and then going to and from the subway, mostly in downtown Baltimore. So they didn’t make much of an impression on me.

The time before that was 1987, when I lived in the Cleveland suburbs working as a record store manager. I was still in an apartment then too and only went from door to car to store and back. Even though Ohio is still in Brood X turf, I don’t think I even noticed.

Before that, it was 1970, when I would have been eight. I remember cicadas as a kid and was fascinated by the shells they left on the trees. They were scary-looking but once I realized they were harmless, it became great fun to chase my mom around the house with them. The noise they made just felt like summer to me.

This time around, I’m in a house with a backyard. It was kind of cool to see the shells collecting on fences and trees again. 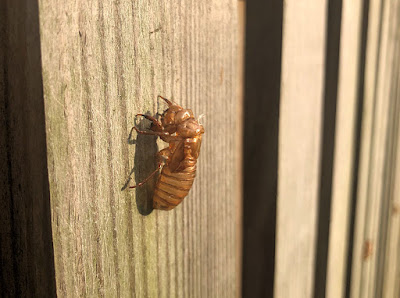 Sitting out on the back porch this spring, I had time to pay closer attention to the noise. There were two distinct variations. One was a “whirring” sound like a cartoon spaceship was taking off. The other was the traditional keening… “Weeeweeeweewee…” It got so that it was weird to be out in the evenings when the din wasn’t there.

I figured I’d try to catch a little of the commotion on video, which produced the 15-second clip below. I might have created a more graceful ending but alas, a cicada flew into my camera hand as I was filming. I’m lucky I didn’t drop it on the concrete.

It’s been funny watching these things awkwardly flying about. It’s like they’re a bunch of drunken moths. They just kind of lurch from place to place. It’s hard to see how they get anything done.

Even knowing they’re harmless, it’s still unnerving when one flies into you. I tried really hard not to dance around like I walked into a spider web.

I learned something new one weekend when I had yard work to do.  Whenever I had the lawnmower going, they’d start buzzing me. Then when I switched to the higher-pitched weed whacker, they were all over me. Must be the buzzing sound... they thought I was a big pink monster cicada. Sweetpea was laughing at me from inside, saying they were all over my back. Again, I know they’re harmless, but inside, I’m feeling more like: 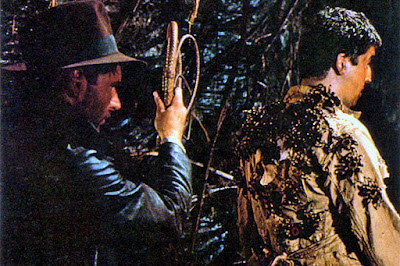 One being who most definitely enjoyed the cicada invasion was our dog, Wallace. From the time they popped out of the ground, he set about Hoovering up every single one he could get his lips on. This is a dog that won’t spend 15 seconds outside after he’s peed, but was now taking a half-hour to patrol the yard and police up the bugs.

Sweetpea told me that on their morning walks, she had to pull him more than walk him because he had to stop and lap up every dead, dying or resting bug on the sidewalk. After all this is over, he’s not going to know what to do with himself. Aside from losing the five pounds he gained on the Cicada Diet. 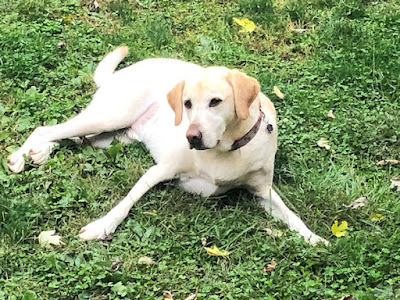 So, like I said, they’re pretty much gone now, back into the ground to lay in wait and ambush us again in 2038. I expect to be seriously geezin’ by that time. I’ll be lucky if I can even hear them. They’ll sound like a jet engine and I’ll be going, “Meh, that ain’t loud. You should have heard them in aught-four.”

Director’s DVD Commentary: Yes, I know I said I didn’t notice them in 2004, but it just sounds better for an old man to use a year with an “aught” in it.