This post is not going to be pretty, or fun, or at all light-hearted.

Tonight, my father is dying, alone in a hospital room in Florida. My mom may be able to get to him but we’re not sure. No, wasn’t COVID, it was a stroke. He had to stay in the ER because the hospital is so full of COVID patients, there are no more rooms available.

When I called my folks on Sunday, Dad didn’t feel well enough to talk. He’s been feeling excessively tired, and intermittently cold.

Then he took a fall Monday morning and had to be taken to the hospital by ambulance. They said he had a brain bleed, but were unsure if it was from the fall or he had it long before that.

Yesterday they learned he had a “venous angioma,” a tangle of malformed veins, which might have been there from birth. The doctors said the blood thinners he was on might have caused a leak. With treatment, they thought he might be able to leave the next day. He talked to my brother on the phone, who said he sounded confused and wasn’t making a lot of sense.

Then overnight, he had a stroke. The subsequent MRI showed there were at least five places in the brain that were affected, including the brain stem, which affects breathing. His condition is grave. The neurologist said she’d never seen a post-stroke MRI that was this bad.

As you know, Florida is ground zero for COVIDiocy and the epicenter of vax and mask rejection. The state-wide vax rate is over 61% with at least one shot. But that’s propped up by Miami. In my parents’ county, on the end of the panhandle, it’s 34-43%. Hence the full hospitals. Hence my dad spending his last hours far away from all who love him. 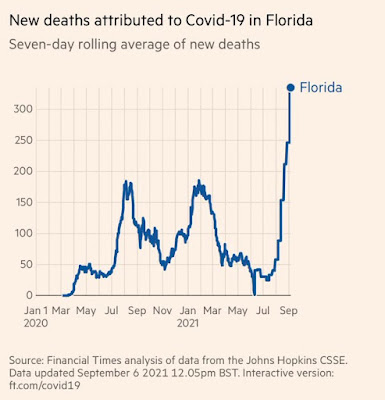 I am beyond enraged that the head-in-the-sand bullshit of the Florida COVID enablers forced my father to spend his last conscious hours in a nightmare, all because their “tribe” decided this was the best way to “own the libs.” So this is what I have to say to these redneck fucktards:

I don’t care about your anti-vax bullshit. You’re wrong and science is right.

I don’t care about your anti-mask bullshit either. Maybe if you pulled your head out of your ass, your mask would fit better. There is no clever semantics that makes wearing a mask a detriment to health or an assault on your liberty. People are dying alone because you don’t want to be inconvenienced.

I don’t care about your “freedom” bullshit. What good is freedom if society perishes in a cloud of ventilator exhaust? Your freedom stops at the point of infecting other people. If you don’t like it, tough shit.

I don’t care about your “research.” Quoting other idiots who don’t know a viral load from their own commode doesn’t make your “research” valid. You know who’s putting a lot of anti-mask, anti-vax material out there? Russian troll farms. This is even more effective at creating societal unrest than their election trolling and people are literally dying because they believe this bullshit.

I don’t care about the inconvenience of mask mandates indoors. Closed rooms are where airborne particles circulate most efficiently, especially the new variant. Why are you so invested in spreading a deadly virus? Because your overlords at Fox “News” told you to? Do you not realize that their only goal is to prop up rich people and the businesses they run? They don’t care how many die as long as Wall St. has a good third quarter. Your ignorance, as ensured by Fox “News” and the like, knows no bounds.

I don’t care about how strong you think your immune system is. Immune systems are only as strong as they’re trained to be, by limited exposure to pathogens, via vaccine or life experience. The ‘Rona is novel; it’s never been here before and your immune system is completely unprepared for it. Believing otherwise is a death wish; either yours or someone you infect.

Look, at this point, I don’t care if you live or die anymore, I just worry about all the people you take with you and the people who can’t get proper help because the hospitals are filled up with self-destructive morons. You disregard the nearly 665,000 American deaths from COVID but I bet you can’t wait to roll around in all that 9/11 anniversary grief next week and gin up your outrage over the deaths of a mere 3000. Maybe it’s different when you have foreigners to blame.

My father spent his last days alone, weak and scared. I hope you do too. Is that's too un-Christian for you? So is leaving people to die this way.

And if you’re one of the people who also deny the efficacy of vaccinations and masks, but live somewhere other than Florida? Screw you too. How many parents and other family members died the same way in some other hospital because you were too wrapped up in ignorance and meritless bullshit to ensure the safety of those around you? The blood of lost loved ones is on your hands too. Maybe the survivors of the souls you robbed of a dignified death will forgive you. But I won’t. Ever.

Director’s DVD Commentary: I wrote this last Wednesday, 9/1/2021, the day my father had the stroke. Since then he was moved to the ICU, then his own room, where my mother and brother could visit, and tomorrow to hospice care. He has remained unresponsive and there is zero chance of recovery. We’re just trying to keep him comfortable and waiting for the end. But that doesn’t change the nightmare that was his last conscious days, a nightmare that was completely preventable.

No, nothing would have prevented the medical outcome, but his last days could have been spent with his wife holding his hand rather than being surrounded by teams of unfamiliar doctors and nurses in hazmat suits.

I’ll have more to say about my father in future posts. He was an amazing man who taught his kids how to be responsible, caring adults. He only had three offspring, but he’s got dozens of kids around the country who look at him as another dad. His loss will reverberate among the hundreds who knew him. 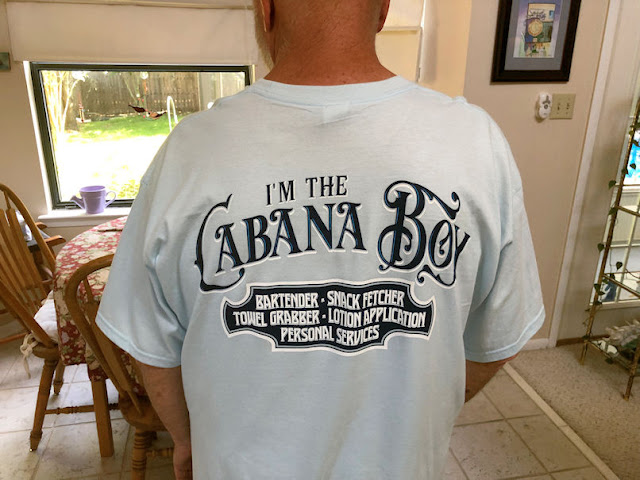 This is the last pic I took of my dad: wearing the uniform of his favorite job.

Post update: My father passed this morning, Tuesday 9/7. His ordeal is over, while we begin ours.