Silence of the Lambs, Who Have Been Slaughtered (Again)

Well, this has been an awful week, hasn’t it? And one we’ve gone through so often, you’d think we’d change things up one time. But here we are again, feeling some kinda way. 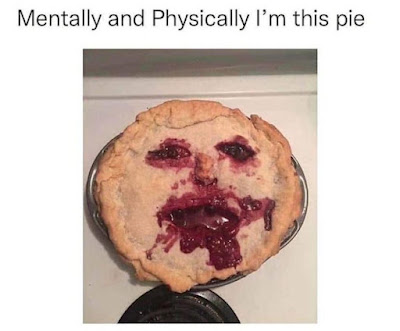 According to my Labels list, I’ve at least sideswiped the topic of guns and mass shootings 74 different times since 2009, and I know I’ve dedicated at least a half dozen full posts. But this shit just keeps happening. I came to the conclusion ages ago, that if the Sandy Hook slaughter of a bunch of first graders didn’t move the needle, it’s never going anywhere. (And I’ve seen that same sentiment come up a lot this week.)

So now we do the well-practiced dance where Republicans blame everything but the guns for the incident and Democrats try to make a case for some kind of legislation but get voted down because they can’t go it alone.

And the Republicans are even lying about THAT!

I heard an interview with Rep. Tony Gonzales (R-TX) and when the reporter asked him about how to stop the shootings, he said that the Democrats can do whatever they want to address it because they have control of Congress and the Presidency.

This is a common Republican method of lying. While it is “technically” true, it’s a “practical” lie because the good congressman knows full well that the Democrats can’t do a thing in the Senate without the support from at least 10 Republicans, maybe more if the two DINOs bail. But there he was anyway, blaming his political opponents for not being able to take the action that his side is doing everything in their power to prevent from happening. Anyone with even a rudimentary knowledge of how our government works and the current political makeup of Congress knows it’s bullshit. I’m sure his base eats it up though.

I’ve been seeing this meme drift around Facebook again and it’s still an easy one to debunk: 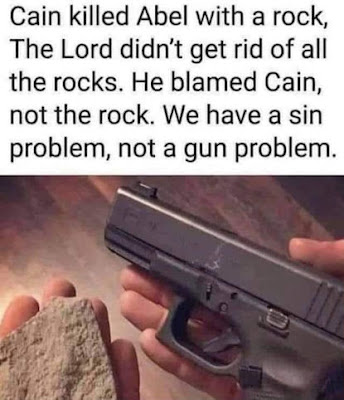 Yes, the god who authorized the killing of millions of men, women, and children is the key to stopping hails of bullets in classrooms. </sarcasm> But that’s just the moral angle. This meme provides a concise counter: 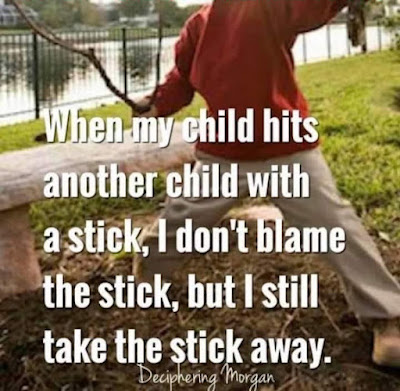 The real reason the “rock” thing is a bullshit argument is practical. While one can kill with a rock, one cannot use one to kill 19 children and 2 adults in a matter of seconds. (Unless the Coyote is rolling a boulder down the hill and there is a crowd of children surrounding the Road Runner.)

And the same goes for every other red herring method of killing, like what Junior Mints was just talking about.

From knives, to bats, to golf clubs, to the Vulcan Nerve Pinch, you have to use those on one person at a time, from up close. People can run away. People can intervene. People can get their own rocks because they have time. These AR-15s make it SO EASY to kill SO MANY in seconds, from many yards away. THAT’s why eliminating them makes sense.

Can we also dispense with Ted Cruz’s nonsense about arming teachers? He doesn’t trust them with books but he wants them packin’ in the classroom? And what happens if a shooter bursts in and caps the teacher first? After all, he knows what he’s doing, he’d probably wearing body armor, and the teacher is concentrating on getting a math lesson across while keeping her charges from running around the room and stuffing crayons up their noses.

The gun nuts will say that maybe the kids should be armed as well. That should make an interesting day in the Principal’s office.

Principal: Why are you in here again?

Kid: Jimmy was hoggin’ the ball again so I had to shoot him.

At this rate, every school will be Military School.

Congresswoman Heckle, from the farce comedy team “Heckle and Dyed” added her two cents (adjusted for inflation) as well.

It’s the same kind of flawed, “strawman” argument. No one suggests banning things in which one can be hurt by accident, or there would be nothing left in the world, just a big bubble-wrapped expanse. Planes have a beneficial use, just like knives, bats, and golf clubs. Guns, however, have one purpose and that’s to kill. And AR-15s have a more specific purpose, to kill by literally destroying whatever it hits.

And then we look at the damage these things can cause when they hit their target. Did you know they had to use DNA to identify some of these kids? They even knew what clothes they were wearing but still couldn’t identify them by sight.

As far as I’m concerned, no civilian needs a weapon that can do that much damage, ever. There is no logical, beneficial reason for non-military personnel to carry that kind of firepower. We already know what banning semi-automatic rifles and high-capacity clips will do because we have the data from the last time they were banned. The number of mass shootings sank, but then returned once the Republican Congress under the Bush Administration allowed bans to lapse.

How to enact such a ban again is a question better left to the experts, but there’s no doubt that such a thing would improve the numbers. I would presume there would have to be some kind of buy-back and it would be foolish to think that all such guns would be collected. But there would be fewer and people like this kid wouldn’t be able to waltz into the store, buy a gun that morning and start shooting children before they can dig into their Lunchables.

And again, we hear it all the time; “But I’m a good gun owner, my stuff is locked up and my kids are properly trained.” Which may be true, right up until it’s not. The mother of the Sandy Hook shooter did all the “right” things too. It’s never a problem until it becomes one.

Republicans are trying another way to keep things status quo, too, by intimating that it’s somehow a big deal to amend one’s position.

Question: How does one “loudly” edit a website? Just asking.

But here’s the real point. Every change of policy, every new direction the law can take, comes about because people shift their positions. If they didn’t things would stay one way forever. This is not a big deal or a “gotcha” moment. It’s not now and it wasn't to the GOP when every one of them changed their minds on RomneyCare. One minute it was the answer for pushing back against single-payer, the next it was Pinko-Commie Socialism. (Right around the time that the “Romney” part was replaced with “Obama.”)

Lots of things will have to change if we are to prevent more mass murders like the one in Texas: minds, laws, standards, and expectations. And lots of state and local elected officials. As with access to legal abortion, it will only get better when citizens replace their elected councilmen, mayors, state reps, governors, and the like, with people who will take concrete steps to protect schoolchildren and everyone else who ventures out of their houses. And even then, the current SCOTUS is likely to shit-can any and all new gun regulations, because support for unlimited gun ownership is as much of a requirement of the Federalist Society as support for banning abortion. So we have to create a super-majority in Congress so they can approve replacement justices when the time comes or add more seats to the bench.

Republicans are fighting for their professional lives by trying to keep things exactly the way they are. Without taking tangible action on gun laws, any statement to the contrary is a lie. The only conclusion for their inaction is that the slaughter of children is the acceptable cost of doing business. And that business is the selling of guns. Big ones that go boom-boom-boom.

We have to vote like our lives depend on it, because they do. 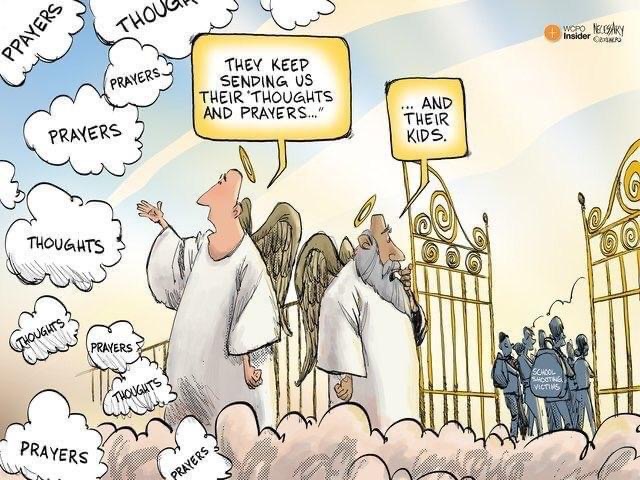 I'm just getting around to being up to reading a lot of Posts since I know many are a tough read and difficult to write too, like this one, which is excellent, every point you made is logical and sane, yet, Politicians will just pretend to DO something or do nothing at all, mostly, becoz they can't come into Agreement on anything significant anymore it seems. It has rendered government practically useless, tho' we all know which ones are the biggest obstructionists and took so much Dark Money from the NRA that they were bought and paid for and now owned by Gun Enthusiasts and Manufacturers. Some of the Families are suing the Gun Manufacturer and I Hope some Sane Judge awards Billions to these Victims... perhaps when it hits everyone where it hurts most, their wallets and profits, something will be done on the other end... to where the Manufacturers will only produce certain weapons to sell to Civilians and relegate Military Grade Assault Weapons to being Sold to the Military for Wars, which is the only purpose that much firepower is for anyway. The week before this incident my Granddaughters School had a Student show up at their High School with a Gun, they had to notify all of us, it was alarming, thankfully they caught it in time and nobody got killed and the Student was dealt with... but, how many times does this happen and doesn't make news, it didn't even make our local News, so nobody knows except who legally they have to inform.