OK, so I was working off-site last Thursday, numbering and photographing framed art at our old building, when my cell phone went off.  When I looked at it, it said I’d missed a call from Robin, my boss.  Then the Facetime app went off, which was weird.

When I answered, I could see Robin and another co-worker grinning up from the screen.  Robin said she had some good news.  Instantly, I figured it was something job-related, like I’ll get to keep mine once our company’s sale (to a rival) is concluded.

But this was even better.  She told me I’d won a raffle we were having, giving me the honor of throwing out the first pitch at the Orioles game Tuesday night.

On the outside, I smiled and expressed my happiness at this once-in-a-lifetime thrill.  But on the inside, I was more like, 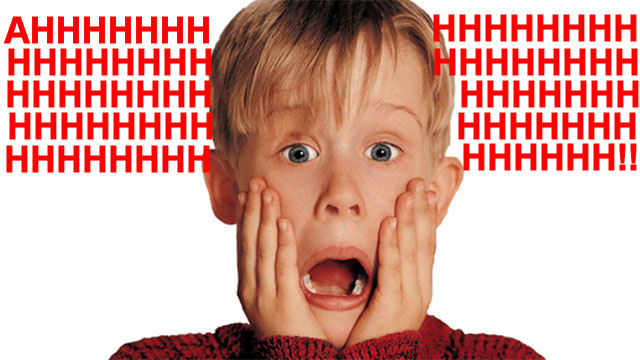 As I’ve mentioned before, our company has been sponsoring the Orioles this year.  We made an ad buy so that every so often, our logo shows up on the rolling billboard behind home plate.  We also sponsored a food drive for the Maryland Food Bank.  All season, I’ve been able to get discounted tickets, in specified sections.

With all this going on, Camden Yards was the perfect place for our annual employee event.  So for tomorrow’s game against the Blue Jays, we’re having a pre-game party in the picnic area behind the bullpens in center field.  And as a sidelight, there was a charity raffle to win the opportunity to throw out the first pitch.  Which I won.

When I came in on Friday, I receive the “official” notification via email, a sign on the digital message screens, 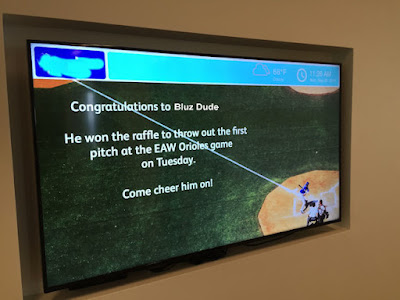 in addition to a number of congratulatory messages from those copied (including my boss’s boss).  I responded to all:

“Thank you for this tremendous opportunity.

I’ll try very hard not to trip over the mound or hit anyone in the stands.
And I promise not to wear a Pittsburgh jersey.”

This will be nerve wracking enough.  I don’t need the additional experience of getting booed by 20,000 people.

When I emailed my buddy, the CFO, with the good news, he emailed back, “Holy blown rotator…  And DON’T TOUCH the grass!!!!!!”

I responded, “I am totally going to touch the grass.  I may even do snow angels.  Gotta watch the rotator cuff, though… don’t want to have to go on the DL.”

You remember our tour of Camden Yards in July, right?  I got reprimanded by the tour guide for daring to brush the grass with the back of my fingers.  Well, look at me now, buddy… I’m ‘bout to walk all over that grass.  That I’m going to bend down and riffle through it with my hand goes without saying.

The CFO’s other point was more of a concern… Four years ago I had a partially torn rotator cuff.  It took me several months of physical therapy to get it fixed up.  But even still, I haven’t thrown anything more than a wiffleball ever since.  I’d have to test it out a little bit, to see what I’d be capable of.

At work, the women in my department asked how far I’d have to throw it.  I know that the pitching rubber is 60 feet from home plate, and these honorary throw-out-the-first-ballers usually toss from up in front of the mound.  So I measured out 50 feet (it helps to wear a size-12 shoe) along our hallway.  [Gulp] 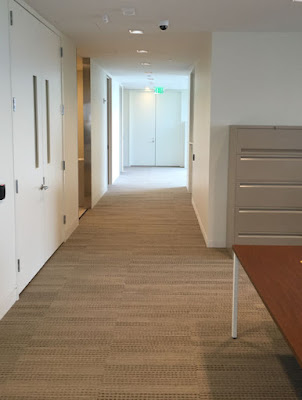 I’m 50’ from the double doors alllll the way down there.

Yipe.  I was definitely going to need some practice.

So Saturday, I went to visit my brother so that I could throw a bullpen session with my nephew, Daniel, so I could find a suitable arm slot.

We threw for about 10 minutes; I’d guess that was around 20 pitches, 15 of which didn’t go straight into the grass.  Luckily, Daniel was pretty good at scooping them.  Anyway, I think I found my delivery.  I just needed to gain the confidence that one brisk pitch wasn’t going to re-tear anything.

Yes, I could just go out there and lob in a rainbow, but where’s the adventure in that?  Right off I decided I wanted to use a windup I used to toy with back in my Pony League days.

There used to be a great Cuban pitcher for the 1970s Red Sox, named Luis Tiant, who would swivel around during his leg lift until he was facing the outfield, and then whip around and deliver the ball.  He looked like a knot being untied.

I thought this would come as a surprise, but when I mentioned it to Daniel, he said, “Yeah, that’s what Dad said you’d probably do.”

So yeah, this will be a bit of a high-wire act.  If it all works, it will be brilliant.  If I sail one into the stands, or straight into the grass, I risk ending up on a Sports Center blooper reel. Go big or go home, I guess.

Of course, I’m sure my handlers will have a laundry list of things I’m not supposed to do.  (And if they knew me, it would be the size of a scroll.)  And I assume I’ll have to sign some kind of liability waiver in case I hurt myself.  I’ve already been in contact with the person who’s supposed to be my guide.  I haven’t let on about doing anything unusual, lest she feel the need to add to the scroll.  Better to beg forgiveness than ask permission, I always say.

She said I was allowed to take one person with me, to stand down on the track while I do my thing.  I chose to bring Robin.  Can’t hurt to bring your boss, right?  And it gets me out from having to choose from among friends.

I plan on handing her my iPhone and having her video my performance, for better or worse.  And I presume the company will have camera coverage as well.  Sitcom Kelly was already coming to this game, so she may be able to elbow her way to the front to get an unimpeded view.  As for the rest of my workmates?  All of our seats are in the left field upper deck.  I don’t think they’ll be able to capture the true drama of the moment.

I put in a great deal of thought regarding which jersey to wear.  On weekdays, the Orioles wear white, so the Mojo Handbook dictates that I match that from one of my three white jerseys: Manny Machado, Matt Wieters and Chris Davis.  Rather than worrying about which player to represent, I looked for which shirt looks least like a “knockoff.”  I decided to go with the Manny.  And it doesn’t hurt that he’s the only one of those three who is likely to be around next season.

So I think I have accounted for everything I can control, which leaves me with only one remaining worry, which I can’t: 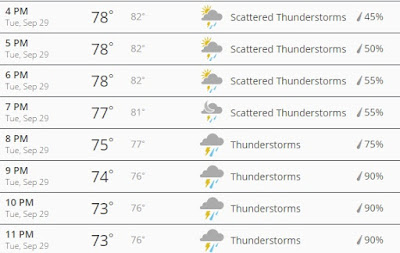 What makes it worse is that if they have to reschedule, I will only be in town on Wednesday, because Thursday I’m heading to Florida to visit the folks, where I will remain for the rest of the baseball season.

I wonder if they’d agree to play the makeup game on Wednesday for me, instead of Thursday, so I don’t have to miss out.  Baseball players play 162 games anyway; why quibble over one lousy date?

I wonder if anyone’s ever thrown out the first pitch wearing a plastic poncho?