Let’s fire up that browser because it’s time to play, “Hey Bluz, what do you think of…”

…Obama trying to close Guantanamo Bay?
I don’t see what the problem is.  It kind of cracks me up.  I keep hearing “We don’t want to bring terrorists onto American soil.”

I say, it’s a big assumption that these people will ever see anything resembling “soil.”  I don’t see the harm in throwing known terrorists into the deepest, darkest jail cells we have and introducing them to some of the righteously convicted Americans dwelling within.

And as far as where to put any newly located terrorists, we don’t seem to be capturing them as much as blowing them the fuck up. 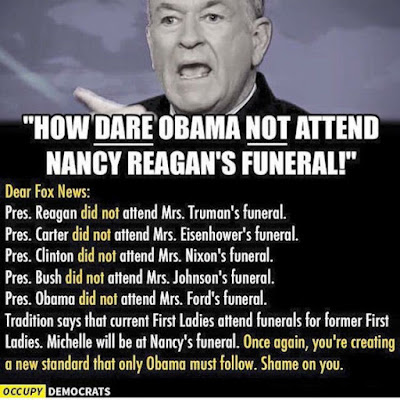 Same goes for the first lady.  I still can’t rationally understand why Michelle Obama gets so much shit.  Is fighting childhood obesity and growing a vegetable garden really that big of a deal?  Hell, it’s what your mother told you throughout your childhood…

“Put that junk down and eat your vegetables.”

Maybe it was just mine.

Then there are also those memes you see on Facebook lamenting our lack of a “classy” first lady.  Seriously?  I’ve never seen Mrs. Obama do anything that wasn’t classy or appropriate for the occasion.

She is a first lady of our times and our times are not the 1940s or 1960s.  Oh, and she can’t be found online starring in nudie “modeling” pictures either, like one of our prospective first ladies.  Can’t seem to locate any public outrage over that development.

And if Michelle Obama ever spent $200,000 of anyone’s money to buy new china for the Whitehouse, like Mrs. Reagan did, Fox “News” would have a new graphics package up and the GOP Senate would have an investigation committee appointed so fast our teacups would spin.

I wonder what it is that makes Mrs. Obama so much different from the other two…  Hmmm.  What could it be?

…that 30+ hour filibuster in Missouri to try to scuttle a bill allowing discrimination via religious wavers?
It ultimately failed, so now state law allows the good, God-fearing, sincerely believing people of Missouri to pick a single item from the Bible and use it to deprive their neighbors of their civil rights.  Ain’t religion wonderful?

So who’s going to deny flower service to a wedding reception serving shrimp and scallops?  Hmm?  The same guy who says men laying with men is a sin said the same thing about shellfish.  Funny, I don’t hear anyone taking that part seriously.  Where are the pickets outside Red Lobster?

Could it be some conservatives are using religion to ban behavior they find icky?

Nah, couldn’t be.  At least not until one of their own kids comes out.

…That Dad who protected his son from a flying baseball bat?
I admit, my first thought was that maybe Dad should have let it go and taught the boy a lesson, that you should pay attention when you’re sitting down there in the danger zone. 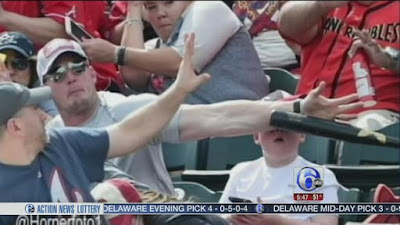 But no, I don’t really want to see some kid get conked like that.  But that’s totally a teaching moment.  Get your nose out of your phone, kid, and watch the game.

Yes, I know he was sending his mom a picture, but that’s what the inning breaks are for.  If you’re sitting down there, low along the baselines, you have to be alert at all times.  Otherwise, we’re going to end up with netting all the way around the damn ballpark, and where’s the fun in that?

…the 4-year old boy who shot her gun-enthusiast mother through the back seat of the car?
First of all, I’m glad she wasn’t killed and no one else was injured.  Secondly, that’s still pretty damned funny, if you ask me.

If a “Second Amendment Activist” doesn’t have enough sense to keep her loaded handgun out of reach from her 4-year old, while she’s driving and unable to keep watch on the kid, where exactly are the common sense gun rights supporters?

I suppose the only answer is to get more 4-year olds with guns.  I can see it now… “Gunfight at the OK Daycare Center.”

…Republicans think it’s Obama’s fault there is violence at Trump rallies.
I agree, Obama is completely culpable.  He had the audacity to be black and the president at the same time.  He should have known better going in.

…everyone bellyaching about switching to daylight savings time?
I can’t believe this is a thing.  It’s been a fact of life since 1918.   That means every single person in this country has grown up with it.  Why exactly are we unable to cope with it now?

To me, it’s a mild irritation on a Sunday, but by Monday, it’s back to business as usual.  I still go to bed at 11 and still wake up at 6.  All year long, the same hour sees a different level of light.

I say, quit bellyaching, get up and go the fuck to work.  If it’s dark, sit tight; it will be light momentarily.  And if your kids are pitching a fit, maybe just take them to a baseball game and hand them your phone to play with.
Posted by bluzdude at 8:00 PM

I'm in total agreement with you EXCEPT the DST thing. Can't we just leave it one way or the other? It's going to be getting lighter for the next few months anyway and then darker after that. Just like it always does.
And yes, the first couple has been a class act since day 1. O'Reilly not so much. When I see him I feel embarrassed about the 11% Irish DNA in my cells.

Either way you look at it, 6:00 AM comes much too early and is rarely appreciated.

My wife always says, "Four o'clock only comes once a day."