The Truth Shall Set Us Free

If the release of the Mueller Report has shown us anything, it’s the ease with which the current administration lies to us, not only from the Prevaricator in Chief, but all the way down the food chain.

That Trump is a degenerate liar is, at this point, obvious. But then to keep up with the boss, everyone else who wants to keep their jobs has to back up the lies with lies of their own.

Just look at the tap-dancing that newly-appointed Attorney General Barr has done in the last couple of weeks. First, he pens a soft-soap “summary” that was edited with as much integrity as those Planned Parenthood “sting” videos. Up means down, yes means no, and “not exonerated” means “is exonerated.”

Also, we learned that if you’re not smart enough to know something you did is a crime, you get a free pass if you’re white and wealthy. 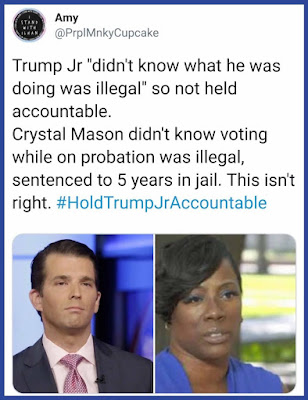 And then we learned that if you’re upset, the crimes you commit afterward don’t count.

Both of these whoppers were especially egregious because they were put forth by someone who is supposed to be the nation’s top law enforcement official, and presumably knows better.

So, we had a whitewashed “summary,” that changes the conclusion and omits major plot points, then a press conference to further muddy the waters, as if we weren’t going to be able to draw the opposite conclusions by reading the report, redactions be damned.

And all this was after a feverish attempt by the GOP and the Administration to keep the report from being released at all. 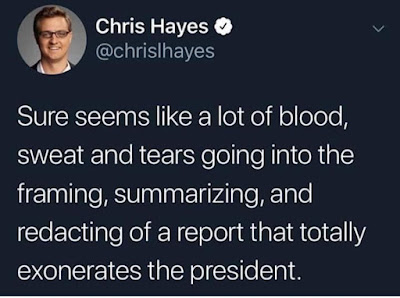 And now that the redacted report is out, the White House is trying to discredit the report (again,) which is pretty ballsy after spending the previous two weeks talking about how it exonerated the president. 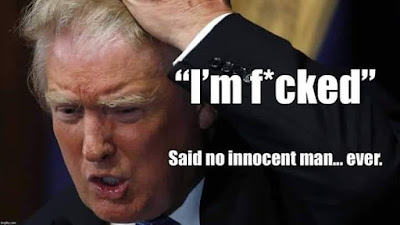 Sarah Sanders got roped into the Mueller report as well when he questioned her about where she got her information about James Comey losing the support of the rank and file FBI staff. She had to admit it wasn’t based on anything real, or in other words, she made it up out of thin air. Later, during damage control, she claimed it was a slip of the tongue (that she repeated multiple times).

If I were running for president, I’d make truthfulness a major plank in my campaign. I’d make it a primary concern to reverse the culture of falsehoods that pervade the oval office and all who seek its approval.

I remember back in the 70s, after the Nixon years, Jimmy Carter won the next election by (among other things) campaigning on how he’d never lie to the American public. Couldn’t hurt to make that an issue. (Of course, said candidate would then have to live up to that while coping with a press who would investigate every syllable from then on.

More Debunkery
They really have the knives out for Alexandria Ocasio-Cortez, don’t they? She must really scare the Powers that Be. Look at this one: 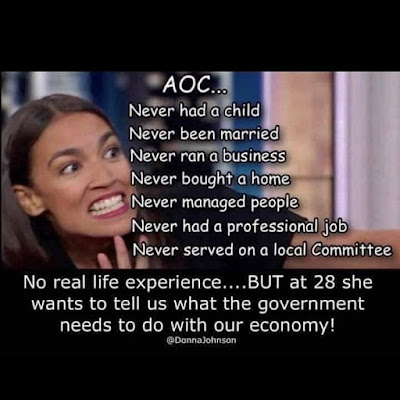 As if any of these things preclude being a US Representative.

You could say the same thing about Paul Ryan when he won his first term in Congress.

Ryan was not married, nor had children. He never ran a business, nor bought a home. “Professional” job? He worked for congressional staff, was a marketing consultant for a construction company, but he also worked as a waiter and fitness trainer.

Oh, and he was also 28 when he won his first term.

No one was casting public aspersions about his experience. He won his election fair and square, just like AOC. (Maybe not as dramatically thought… she beat a 10-term congressman by 15 points.)

Besides, like with a myriad of other “faults,” it’s only a problem when it’s a Democrat. Or a young woman of color. Because it’s not like Republicans clamor for their own people to have personal experience with the issue they’re legislating… 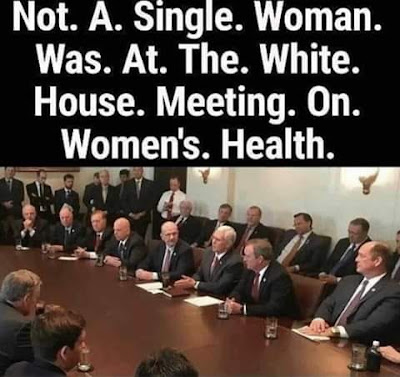 Right. What about the one SHE GREW UP IN? Do they really think you can’t learn something about family life from being a daughter or sister? Please…

If the Right wants to criticize, they should stick to things like her positions or actions. That’s fair game if you don’t believe in what she’s doing. Memes like this are just more noise and yammering.

It’s just more mud to throw at the wall to try to affect the cultural narrative regarding a political opponent. That’s why I think it’s important to debunk this BS at every turn.

The truth needs to win out… The REAL truth, not some gilded Trumpian facsimile.

Unless they have fled the country, I would expect to see tRump and his staff, cabinet, and family in prison by the time his term is over. I can dream, can't I?

I don't see how that can happen until other Republicans in Congress and elsewhere stop running interference for him.