It’s not been a good week for foreign policy, has it? Man, what a mess we left there in Afghanistan.

Now, I’ve been saying it for years, ever since Obama first started talking about getting out of there. I’m for it. There’s nothing there for us. Our troops were the glue holding the whole shit show together, which would be fine but that’s not their freakin’ job. But as long as they were there, the Taliban had to lay low. And they are nothing if not inhumanly patient. They waited us out.

Look, we had to leave sometime… It’s just not in our “charter” to be an occupying nation. And the Taliban knows that. Whether it would take 20 years, 40 years, 50 years… when we leave, they return, period.

That said, I sure wish it didn’t look like the fall of Saigon. We really screwed the pooch on this one. So now it’s time for the blame game.

Naturally, the Republicans can’t wait to blame it all on Biden, even though the former guy set the wheels in motion. He’s the one who told the Taliban we were leaving. He’s the one who negotiated with them without the Afghan government at the table. These guys were ready to move in when they saw the first plane in the air.

Afghanistan has been the bane of four presidents, but sure, blame the current guy. It’s like a game of hot potato. The last one with it, loses.

I’m not saying Biden is blameless, but you have to realize… No president is the one drawing up the evac plans. No president is personally gathering the intel and drawing conclusions. These things are all done by the military and intelligence professionals and presented to the president. I think THEY are the ones to hold responsible for this shit show.

I mean, the estimates for when the Taliban would take Kabul was like, November, not within a week of the announcements. Someone looked at all the information and thought, “no rush, we have plenty of time to get our people out, with time to spare for our allies, equipment, arms,” and so forth.

I think this is what you get when you start believing your own bullshit.

Did they really think the “army” they trained was going to stand up to the Taliban? These guys were in it for a paycheck. They were by no means devoted enough to the “cause” that they were willing to die fighting the Taliban. In Afghanistan, power is local, or tribal. They’re not built for a strong central government.

These guys knew who was going to prevail and needed to make sure they weren’t seen as opponents. Better to join up than getting executed in the public square, alongside your family.

I have a plan I’d like to submit to the president. He should recruit the MAGA Nation… get all the wanna-be soldier boys and ammo-sexuals and send them over to kick some Taliban ass. But not with weapons. Just get close enough to them to be captured and then let COVID do the rest. That way we kill two birds with one stone, plus we improve our gene pool and educational scores.

And now on to some debunkery. 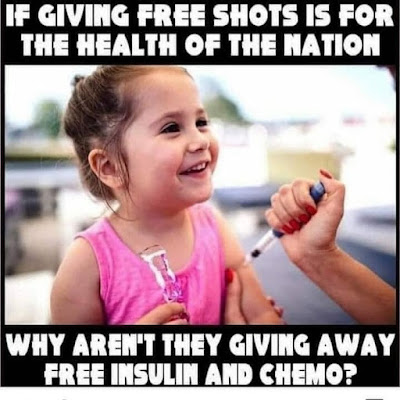 Again, there’s a very simple answer to this and it’s not mysterious at all.

1)      They don’t give away chemo and insulin because this is a capitalist nation and medical care is run for a profit. That’s the way conservatives want it. You can tell because every time a Democrat tries to help lower the cost of medical care or insurance the Republicans kibosh it by screaming about socialism. Do you want low-cost medical care? Vote out Republicans. (Which you won’t do, because that would be an admission that you’re wrong.) 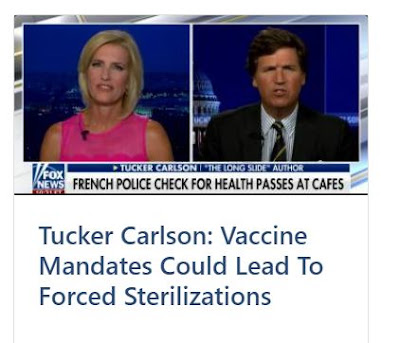 Listening to Tucker Carlson “could” make you jam knitting needles in your ears. Look, there’s nothing remotely true about this meme. Anything “could” make anything happen. This is just a way to throw outrageous assertions out there to scare people into dying from COVID. To what end, who knows? But that’s the hill Republicans have chosen to die on.

Lastly, because blogger RO asked, here are some pictures from our beach vacation earlier this month. Because we had a west-facing balcony, we spent each night with music and drinks, watching the sunset. That’s pretty much the only thing we took pictures of. So here you go, RO. 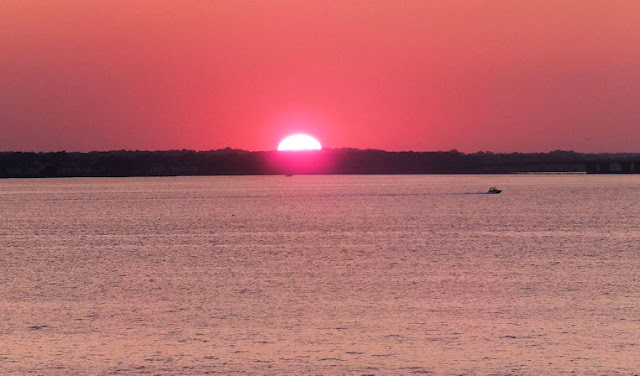 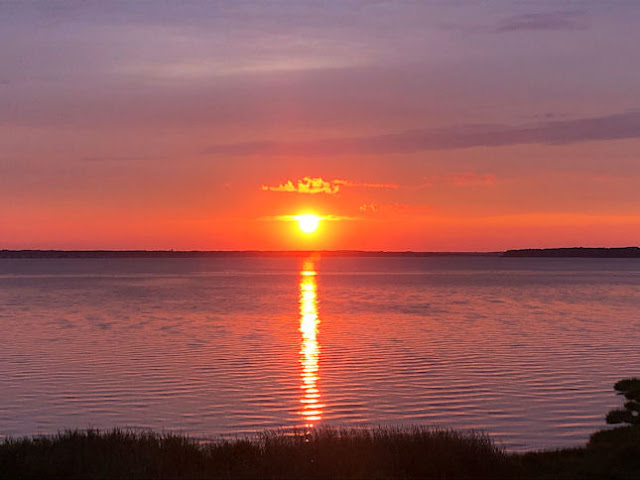 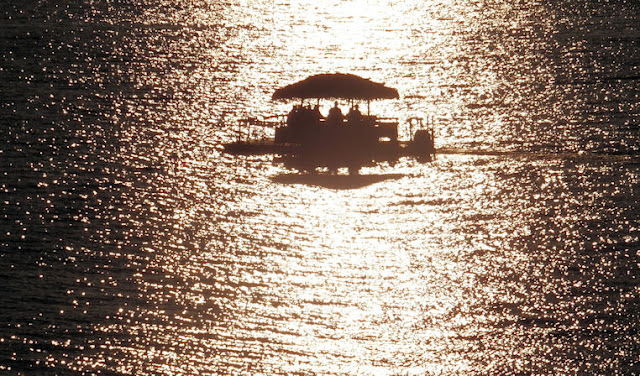 We’re dying to rent one of these Tiki Bar Boats. Too expensive for just the two of us. Next time we go down there with friends, we’re totally doing this.

In other news, we’re dog-sitting Sweetpea’s friend’s puppy for a few days. She gets on well with our yellow lab, although she’s sometimes a bit overenthusiastic, as you can see. 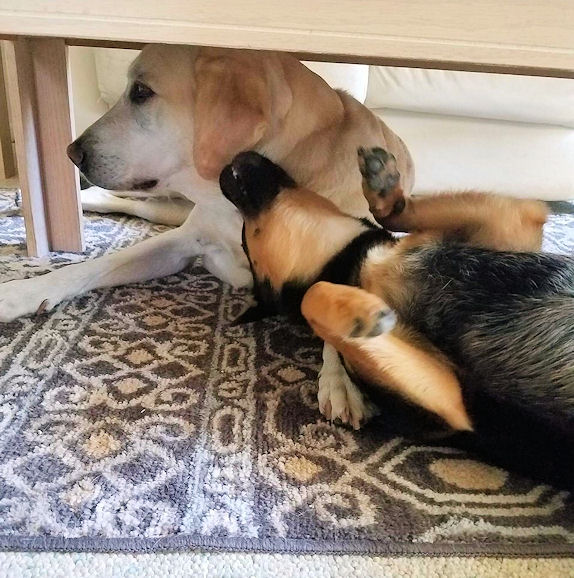 I love your plan for dealing/fighting the taliban. Start a movement - get that on facebook and twitter and let them sign up to go!
Our lab doesn't deal well with energetic puppies. So that is funny that your beautiful Lab is the same. I just saw this look with Izzy and our neighbors new puppy!

The funny thing is that it wasn't so long ago that HE was the energetic puppy bothering all the other senior dogs. It's his turn to be put-upon now.

I like your Plan, sounds logical and a Solution to me for two major problem demographics. *winks* You pretty much covered everything about the cluster fuck we left behind in Afghanistan... I don't think we should have been there 20 Years, it didn't take a fraction of that time to realize what the outcome would be. That said, the Tribal nature of the Country means it could never be an actual Nation anyway, too fractured one Tribe to another... no one Hill to want to Die on for a Nation that doesn't extend beyond your Tribe. Plus, the corruption of the Govt. there was rampant and the Ground Soldiers were not supported at all once the Americans bailed. So, they were abandoned by both their own Country and ours and they knew it, better to cut and run for most of them and go into hiding or they'd be horribly dealt with by Taliban. As for the Exit strategy... I doubt we could have successfully snuck out sixty thousand Allies and Americans under the Taliban's noses, just sayin', tho' the execution was so Poor and the collapse of the Afghan Military so rapid, that Chaos was bound to ensue... I think even worse than Saigon 1975 IMO. Now... will any Ally EVER Trust us and Believe we'll keep our Word if Partnering with them in Battle again? I doubt it... I won't even comment on Health Care, we've got the worst Health Care System of any First World Country... and Big Pharma and those who hold Stock in them and in Health Care don't want it any other way because they profit off the suffering and inflated costs of everything.

It's a shame that betraying our allies has become our national calling card.