I was relieved to find that there was some sense left in the world, somewhere, with last week’s conviction of those three clowns in the killing of Ahmaud Arbery. For that verdict to have gone any other way would be to legally sanction anyone (meaning any White person) to chase down people, chosen with specious reasoning, shoot them, and then avoid charges by claiming self-defense. This is how the Trayvon Martin verdict should have gone in a case that was practically the same, save for the semi-automatic rifle and video.

Speaking of the video, I can’t believe there WAS a video (taken by the killers) that didn’t get deleted that night. Man, he should have deep-sixed that whole phone and deleted his cellular account. Anything to keep it from being seen by anybody, ever. (Granted, I’m sure there’s a way to recover the video from the ISP provider, but only if someone knows it exists in the first place.)

It’s these guys’ confidence in feeling they were in the right that strikes me as so wrong. And I’m sure a lot of that came from the cops on the scene letting them go home that night, with instructions on how to remove the “evidence” (blood, gunpowder residue) from their hands. And then there was the call to the shooter’s father’s old boss, the DA, who downplayed the incident and assured the cops (by proxy) that it was a clean shooting in self-defense.

Thank goodness there were some consequences on that end too. The ex-DA turned herself in to the cops over the weekend and was charged with a felony count of violating her oath of office and a misdemeanor count of obstructing police.

So, in a nutshell, the police and the DA conspire with three White men to cover up the unprovoked killing of a Black man. And people wonder why there are BLM protests? This case is the exclamation point on why Black people feel the need to march in the streets and demand their right to exist without being hunted like game. That’s basically what happened there and the nuts and bolts of the legal system itself, i.e. The Good Ole Boy Network, were instrumental in making it so.

If it wasn’t for the intense pressure of the public, and most of all, the video, this would have been one more murder swept under the rug by the American system of “justice.” This is one we know about. One wonders how many more there have been. 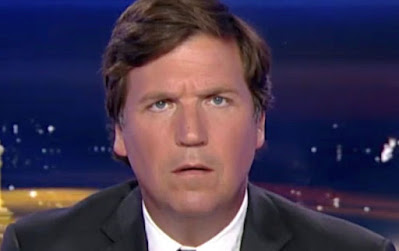 Yep, that’s the big issue and winner of this year’s Tan Suit Award for the year’s most superfluous scandal. The Veep went into a store and blatantly, with complete disregard to the American public, bought a piece of merchandise with her own money. (This is a pot, mind you, not a yacht.)

It’s shit like this that shows how hollow the Republican party and media have become. This is a nothing burger wrapped in an invisible bun, sprinkled with bitterness, and covered in petty sauce.

The idea behind it is that they think it was too expensive for someone who touts income disparity as a problem, to buy for herself. It’s kind of like a billionaire calling himself a champion of the people, from his gilded high-rise office building, far removed from the people he “champions.”

This is a common conservative tactic, meant to safeguard the status quo. If anyone wants to do something about climate change, they get flack for driving a car. If they want to make the rich pay their fair share of taxes, they get raked for having a nice house themselves. If someone wants to feed the poor, they better not get caught in a nice restaurant. Or any restaurant, because they need to be eating gruel. In Republican rhetoric, if you’re not the living, selfless, embodiment of the principle you espouse, your point can be disregarded. All the better to keep the upward flow of dollars moving.

And how do the Republicans hold up under that kind of scrutiny?

It doesn’t matter because it only applies to Democrats.

Director’s DVD Commentary: If you’re new to why I keep running these stories about my Dad, it’s because he passed away suddenly in September and this is my way of keeping his spirit alive a little longer. Besides, he was a real pisser.

We put up our Christmas tree this weekend, which reminded me of another story.

My folks had several large plants that lined their Florida driveway. There were a couple sago palms, a couple of random bushes, and one large, sturdy plant of unknown origin.

Dad thought this last shrub-like plant had good structure, so during the holidays, he used to decorate it with lights, like a Christmas tree.

Later on, while shooting the breeze in the driveway with a neighbor, Dad asked him if he knew what kind of plant it was.

The neighbor said, “I don’t know the exact name, but we just call it a weed.”

But it was a short-lived legend, as he and the neighbor spent two hours pulling it out that spring.

Director’s DVD Commentary: Yes, I’m basically an atheist and yes, I still put up a Christmas tree. I do this because I’ve always enjoyed the Christmas traditions, even if I don’t buy into any of the “Christmas Story” nonsense. To me, it’s a fun time to celebrate with friends and family and reminisce about Christmases past. My parents always got each of their kids an ornament each year, starting when we were kids. I still have every one of them and enjoy sharing the memories with my wife and anyone else who sees the tree.

That’s the good thing about being a heathen. We get to make our own rules. And I like to have a Christmas tree up during the holidays.

My God the more I read you I swear you're my brother from another mother!
I love your Dad story. We have a similar one in my family too. I am so sorry for this huge loss. But it's great you had such a fun and good man for a father. AND an Xmas tree has nothing to do with religion it's about the commercializm of Xmas, not the religion. So put up that tree and the topper can be of your dog. Have you seen those? If I had a "fake" Izzy on my tree top the real one may go bat shit crazy!

I know, right? There are so many parallels between our lives. I'm sure that if we'd have met early on in our lives, we'd have been very good friends.

Thanks for the comments about my dad. And OMG, I have to find a yellow lab tree topper! Sweetpea would keel over with glee.

Love your Dad Stories, too bad he pulled up his Weed... at a Botanical Garden I saw a lovely verse that said a Weed is but a Flower growing in the wrong places and isn't that so True. I've seen some magnificent Weeds and I marvel how resilient they are compared to the plants Human's covet and pamper but Die so easily! I was relieved some real Justice prevailed in that one Case, it gives me Hope... but the fact we weren't sure a televised Murder of hunting down and killed a Man for no real reason other than he was perceived by the Hunters to be subhuman would ensure Justice was the really gut wrenching point, isn't it? If you can't convict with such evidence then it's a farce that Justice is even a pretense. I am retired from our local D.A.'s Office and honestly, I saw firsthand how skewed Justice is... not just for people of Color not receiving it equitably, but also the Poor. The best Money Justice can Buy is often the case. There is no Money in Prosecution, so the best Prosecutors always move to the Defense side, another disparity... where the bulk of profits actually are on the side of the Criminal and not the Victims and Justice prevailing.

I totally believe it (regarding the rigged justice system.) That's why so many ordinary schmoes do time and the well-to-do get off.