We’ve Come a Long Way Baby, and Then Went Back

I was appalled last week when listening to the Supreme Court arguments on the Mississippi abortion law that bans abortions after 15 weeks. Expert court watchers (like the ones that inhabit my blogroll) believe that based on the justice’s questioning, the court is planning on upending or neutering Roe Vs Wade.

I am in disbelief that we find ourselves, as a country, litigating what should be a basic human right: the autonomy over one’s body. Conservatives are perfectly content with turning sentient humans into nothing more than incubators for the state, at the behest of religious zealots who can’t abide by other people’s decisions or beliefs with which they disagree.

It appeared that several justices were looking for an angle, any angle, to use to clear the way for abortion bans. Kavanaugh thinks it should go back to the states, which I’m sure he’d decide the opposite way if the issue was establishing gun laws. Republicans only want laws going back to Republican states. After this decision, guns will have more rights than women.

Amy Barrett Coney seems to be supporting the point that babies being more easily given up for adoption eliminates the need for abortion at all. She pointed out how many towns have hospitals or firehouses where you can anonymously drop off your unwanted baby and it will be cared for.

It seems we’ve come to the point where a joke from Young Frankenstein is about to become the lynchpin of a court case that dehumanizes half the humans in this country. 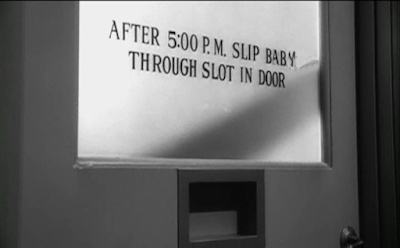 This whole theory just breezes by the fact that women in more than half the country will be required by law to gestate a baby that will push their body every which way, cause sickness and discomfort, tear apart their lady parts, cost a fortune, and require time away from work. I don’t see anyone looking to provide free prenatal care to unwilling mothers, or any kind of paid stay-at-home-and-grow-a-child benefits. Seriously, adoption really isn’t that simple, until the very end. It’s like reading only the last chapter and going, “War and Peace really wasn’t that long; I knocked it out in an hour.” 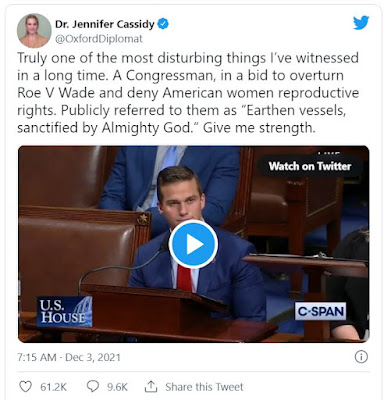 The dude ought to leave the metaphors alone before someone puts an earthen vessel upside his head. Here’s more of his pious bullshit:

“You have a Polaroid camera and you snap a beautiful picture, and a great photo prints out the front. You hold it and shake it, waiting for the picture to appear, but suddenly someone walks by and snatches your photo, ripping it to shreds. You’re stunned. You cry, ‘Why did you destroy my picture?’ The person replies, ‘Oh, it wasn’t a picture. It wasn’t fully developed yet.’ All of us in this room realize how asinine that reasoning is.”

The gap in logic is breathtaking. The problem with this analogy is that he has it turned inside out. What this law is proposing goes like this: “I just took a Polaroid picture and while it’s developing, I decide I don’t really want it after all (for any number of personal reasons) and before I can tear it up, some panel of strangers decides I have to keep the picture because they want me to have it for… (garbled, incoherent religious reasons). And I have to pass this picture out of a bodily orifice that isn’t well designed for such a journey. They don’t want the picture. They won’t pay for the film or framing. They don’t care if I give it away, but they will force me to keep it until it tears my body apart.” 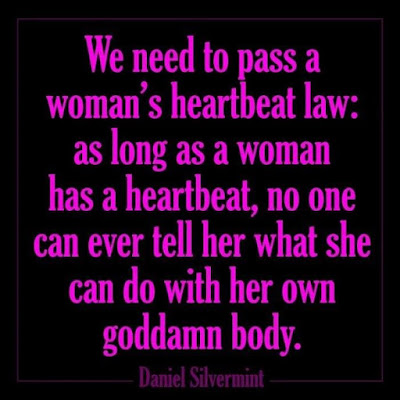 I know court arguments are very formal, even ritualized. It’s all case law and precedent and legal eagle mumbo jumbo in Latin. But with this case, I don’t understand how Sotomayor and Kagan can refrain from making it personal. If I were either of those two, I’d question the counsel from Mississippi in such a personal and direct manner, he’d want to run back to Biloxi and forget all about his quest to force his religious dogma on the unwilling rest of the country.

If it were me (as a female justice), I’d be like, “So explain to me why, if I were 30 years younger and pregnant, your government would seek to preempt my own judgment regarding my child-bearing decisions? On what grounds do you strip away my own will to decide how to use my body? Why is your religious perspective more important than mine, when it comes to what I do? Are you saying the entire country has to adhere to one specific religion, that being yours? And yes, it’s a completely religious argument. The moment a human “life” begins is subject to great moral and philosophical debate. Are you saying that a thimble full of merging cells has more rights than a sentient, thinking, breathing human being? By whose authority? God’s? Whose God?

“The Constitution may not refer to abortion but it very prominently says, ‘Congress shall make no law respecting an establishment of religion or prohibiting the free exercise thereof.’ In fact, one of my favorite blogs says that right at the top. If you take religion out of the picture, where do you get the authority to force me to deliver a baby? Believe me, when you can shoot a grapefruit out of your willy, then come see me about making women give birth against their will.”

I’ve mentioned in earlier posts that the only way for the right to choose (and vote, and love) as you please is to retake state and local governments. If the new conservative Court is going to apply the will of the few to the fate of the many, we have to change laws from the ground up. State legislatures put these onerous laws in place, they can also encode protections. Those may be subject to SCOTUS rejections, but they can still repeal the original restrictions. No court can find that they must enact a law. As citizens, we need to demand that our state legislatures reflect our will and our numbers.

Republicans know this too, or they wouldn’t be working so feverishly to gerrymander and erect barriers to voting freely.

I hope this issue lights the fire under those who have taken Roe Vs Wade for granted and moves them to look hard at their state representation. We have to ensure that government reflects the will of the people, not the will of a small subset of religious zealots.

Usually, this is where I’d tell another story about my father but it’s not really the right time. Last week, our family suffered another tragedy with the loss of my sister’s husband, Scotty, after a year-long battle with leukemia.

Scott was one of my brother’s best friends back in high school, and then dated our younger sister for a year or two. As it goes with most high school romances they broke up and went their separate ways, eventually marrying other people. But 20 years later, they both found themselves divorced and missing each other, and thus began the 2nd half of their romance. They married in the early 2000s and have been inseparable ever since.

And I only mention this because of the subject of the rest of this post, but one year for Halloween one carried an oar, the other wore hip waders, and they went out as Roe Vs Wade.

Scotty and Bluz Sister fought this thing hard but ultimately, the cancer won. It is truly a bitch.

I thought last year was bad but this year has reallllllly sucked. 2022 has GOT to be better, right? Right?