Ain't Nothin' But a Houseparty

Not long after my bone-headed performance at my buddy Brill’s party, I had the opportunity to throw a party myself.
My parents were going out of town and they took my brother and sister… I don’t remember where they went or why.  But because I had a job, I was allowed to stay home.  Alone. 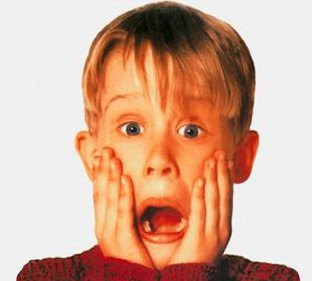 Still wonder where those black foorprints came from. Billy inexpicably showed up when I needed him, when you had surgery and needed help getting home. He stayed and made sure you had your meds every hour on the hour. And then he was gone. Inexplicably.
Those were the days, and nights, my friend.

Hey, there. Ok, I'll try this again. That was a fun read. Wasn't there, of course. But I have my own great memories of partying heavily with Brillhart. Thanks for sharing. Karma Ansara Gardner ;)

Those neighbors were a pain in the ass, ratted on everything and everyone. Like a kidparty is major news.
They didn't know where those black footprints came from anyway.

I'm giggling at the shoe prints on the walls of the shower! Also, as soon as I read about Margaret's parents coming by, I knew that was how you were going to get flat busted, despite your best efforts. Your parents are much more understanding than my mom ever thought of being, that's for damn sure.

Since you like stories about concerts and good times gone bad, please come to my blog. Maybe you heard about how M.I.A. pissed off New York City? L'Ailee and I were there this weekend!

Guilt is a bitch, huh? Sounds like a damn fine party, Bluz. You're the shit.

Mary Ann,
That was Billy... here and gone.

I can't blame the neighbors for ratting us out. They probably blamed me for getting their daughter drunk.

Karma,
Thanks for visiting! I love writing about the old Monclova crowd, those were great times.

Lilo,
Yeah, we got off relatively light, but I still felt bad. The folks were pretty upset with me. But I learned, and they were at every party thereafter.

Oh, and I saw your MIA post this morning! I'd be pretty pissed if I was all up for a concert and had that happen.

Cassie,
The parties got much, much better, once we moved them to The Barn. Not quite so much worrying about breakage out there.

At the end of senior year, my mom read our high school newspaper, in which I was voted "Best Party Giver." She turned to me, with a quizzical expression, and said, "When did you have parties?" I shrugged (what the hell, high school was nearly over), and said, "Um, every time you and Dad were gone."

I let them in on that secret sooner than most stories. Funny, I just wrote a blog tonight about the stories we never told our parents, until we were thirty...

Great recall Tony or did you journal all this at the time? I can't believe my Mom turned you in. I don't remember that.

Sherry,
Yeah, that was a bit soon. We tended to wait until the statute of limitations was up and they couldn’t ground us any more because we were out of the house.

I used to have so much fun when, as a grownup, I’d be sitting with my parents having drinks and one of these stories would come up. It doesn’t seem so bad 15 years after the event.

(Note, I wrote that comment from work and emailed it home to enter, as is my custom. And in the meantime I read your post. Seems you made many of the same observations as I just did. Hey everybody, check out Sherry's post, from my blogroll.)

Mags,
No, I didn’t journal this, but it was a prime story of my youth. I’ve told it a bunch of times, plus I have had access to Rik and John, and you know how it is when we get together… we tell the same stories over and over. And they keep getting better!

In fact, to hear Rik and John tell it now, your dad had a machete and they held him off with a broomstick, a saucepan and a donut.

But yeah, your mom was over within a half hour of their getting home. And I got to hear about that for the next 5 years… lol…

But still a badass.

Mundane,
He totally remembered, he just didn't want to admit it. Was probably the first time anyone said 'no' to him in his life.

But still, I felt bad... he was a good guy and was never anything but nice to me.

God, I still feel guilty for not returning a pair of borrowed sunglasses the last day of school in 6th grade (we moved and I never saw them again). Guilt IS stupid, but I'm the QUEEN of Guilt. I have a scepter and everything! :)

That is so cool that you can tell your parents about stuff now. My mom and I know a few things each has done in the past, and I don't think either of us want to explore that too thoroughly. :)

I never did the drinking and partying in high school. Not that I was a saint - I just did different bad things. My drunken days didn't start til my early 20s, and then they roared! :)

Here's one of my "issues." I grew up as the oldest child of parents who grew up in the farm fields of Iowa. Thus, they were way over-reactive and protective. I was too scared to day anything. By the time my younger brother reached adolescence, they had relaxed and were much more permissive. He had parties all the time. Of course, maybe that's why he's an alcoholic today... hmmm....

HAHA!!! everytime I read about one of your high school parties... I get jealous that I wasn't there damnit!

Then I remember I'm only 26 and feel WAY better...

I don't think I ever had a single party when my parents went out of town. I have no idea why. I mean, it's not like I wasn't a little hellion.

My friend Brandi and I used to drink all their liquor, though, and refill the bottles with water and tea. Several years later, they fixed a drink for their friend Carol, who took one sip, made a face and handed it back to my dad. "I think it went bad," she said.

Then dad made some remark about their extensive liquor collection, to which I piped up and said, "Actually, you have an extensive tea and water collection." If they could have retroactively grounded me, I think they would have.

Damn.. It sounds like your parents were pretty cool..

Cristy,
I was pretty square for most of my high school life… I didn’t even dip my toe into partying until late in my senior year. My buddies had much more experience at that. But when we all came together, I think I tamed them down a little, they loosened me up a little, and we came to an accommodation somewhere in the middle. I’m going to touch on that in my next post.

Bagger,
I had that to a degee as well. My folks were never what I would call over-protective, but as far as punishments went, I got it much severely than did my brother and sister (mostly my brother) for doing things far worse than I ever did. I guess I was the beta-tester.

CB,
You would have been the Belle of the Ball, CB. And you're talking a lot of smack for a chick that smells of cabbage!

Heart you too, ya psycho chick!

I never even dreamed of hitting the liquor cabinet.

I can't believe your folks had liquor that long that they still had booze in the cabinet that saw you invade and then age enough to grow out of grounding.