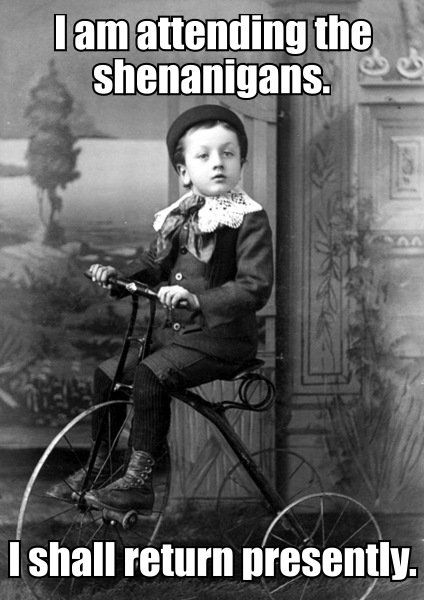 I'll have a full report for you early next week.  I'm quite sure that hijinks will ensue.


In the meantime, I noticed that I have been immortalized in a political cartoon this week: 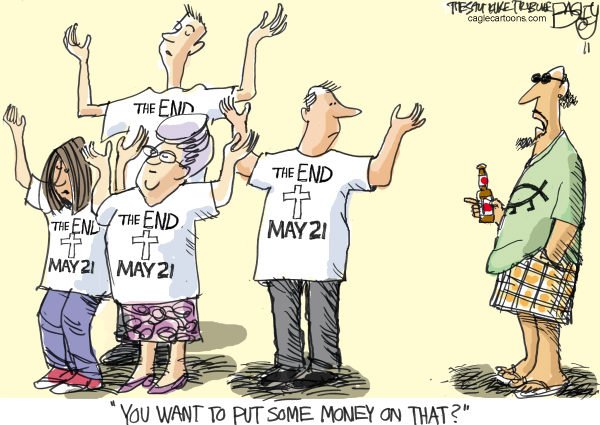 Make that dude on the right taller and I sue for copyright infringement.


Happy Apocalypse to all!
Posted by bluzdude at 6:00 AM

Admit it. You're only slightly worried. Aren't the freaks always right?

Haha! Perfect!Judgment day guve me a break! What was that noise?? AAAAaaaaaaaaaahh......

Have fun in Pittsburgh!!!!

Wish I could have made it up there! I hope you take lots of pictures and post them.

No I'm sure that's YOU .... Find a lawyer cause if the RAPTURE had occured they'd ALL still be here and some looking to bring a lawsuit against GOD

We got really trashed during lunch, took a nap until 7, and are slightly concerned that it happened and we didn't notice. Pls confirm.

I would've thought all the Catholics got left behind, but The Guy was still there, so.

Cassie,
On the contrary, I wasn’t worried at all. In fact, I take comfort that they’re always wrong. If some dude was out on the corner this morning screaming that it was going to be sunny and pleasant tomorrow, I’d pack my umbrella. To me, the only mystery is what excuse they’re going to use when The Rapture doesn’t come.

Vigil,
OMG… we lost Virgil! He must have Believed, and didn’t even know it!

Trash,
We had a blast! Details to come. I probably have a hundred pictures to download and tinker with before I can do a coherent post, but it’s all coming… Oh crap… the finales of DWTS and The Event are on tonight… Geez, this might take a while…

Judie,
Me too! But you better believe I’ll have a full rundown of next weekend’s festivities. The next time we have one, we should try to live-stream it on Skype or something like that…

Rik,
If someone tried to sue God in court, who would they swear on before taking the stand?

But that does make me wonder… Say someone believed that old whackaloon, sold off all his shit, abandoned whatever was left, and then woke up none the worse for wear on Saturday morning, like Linus in the pumpkin patch the morning after the Great Pumpkin doesn’t show up on Halloween? Could they sue the dude for everything they lost?

Hmm… no wonder the dude is laying low…

Mundane,
I don’t know… I have a pretty good sunburn… Maybe the heat in Hell has been turned down to a low simmer…

Mrs. Bachelor Girl,
Maybe the Hell on Earth varies by denomination. For example, maybe for Catholic priests, they stay but all the young alter boys are taken away…

(sorry, I couldn’t help that one…)