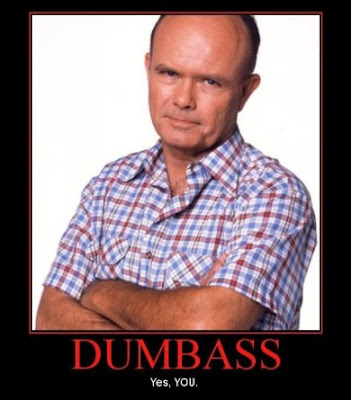 Hopkins had one other thing they did right.  They had me set up with my post-op Lovenox kit before I even went in.  They mailed me a package with pre-loaded syringes and a disposal container for them, along with specific instructions and diagrams for how to administer the shots.  (Which still sucked.  Even with experience now, I still left a ring of giant bruises around my gut.)
What they DIDN’T account for his what I was supposed to do with the old syringes.  When I went back for my follow-up blood work, I asked if I could bring them in for them to dispose of, because I didn’t want the syringes winding up in some landfill or God knows where.  But they wouldn’t take them.  I asked if they could take my leftover, unused shots and they couldn’t take those either.  Man, I hate to waste shit like that.  I managed to give a couple of the shots away to a friend who knew someone that needed them.  But I missed one in my medicine cabinet, which I still have.  It’s probably gone bad by now.  Next time someone says they want to go out and do some shots, I should bring it along.
So that was in October of 2007 and I’ve been more or less OK since then.  I still have occasional episodes, but they subside.  Not sure what I would do if they come back as a chronic condition… It’s not like I can keep getting these things every few years for the rest of my life…
In the meantime, I remain here happy and healthy (more or less), hoping to continue to write you stories and entertain.
Here’s to life!
Posted by bluzdude at 6:34 PM

I watched an episode of "Taboo" the other day that talked about a tribe who believes you can only become a man by shoving sharp reeds down your throat and scraping the sides to remove the blood of your mother.

Mundane,
Well, I guess I'm lucky that they could take care of that while I was there, so I didn't have to schedule a second procedure. Medical efficiency of the 21st century!

"I think hospitals just like to fuck with you." Yep. It's the number one law, right after the damn HIPAA stuff.

Sherry,
It's the same thing with the wheelchairs. Like you could go in and have a cyst taken off your fingertip and they'd make you wait for some big putz to take you out in a wheelchair. I think they're just messing with us.

You thought that telling her you had a serious heart condition for which you were not seeking treatment would make her leave you ALONE? Really?

Re: everybody inspecting your "junk" - my initial thought on reading your last post was, "It still doesn't hold a candle to giving birth". Now you have an idea what women in the maternity ward go through. Everybody, including the housekeeping staff, it seems, takes a peek at your nether regions.

Life: Better than the alternative.

I couldn't believe how long it took to get out of the hospital each time we were ready to go. Like: I want to be at home, please. The other thing about hospitals is how unmerciful they can be about waking you up to get temps, etc. My MIL, who had back surgery, tells the story of being woken up at 2 a.m. -- to take a sleeping pill. Knowing my MIL, I'll be that nurse got an earful, at least.

DG,
The thing is, I don’t really look at it as that serious. I lived with it for years, with minimal impact.

Red Pen Mama,
Like my friend Norman Nardini sang, “Every day above ground is a good day.”

One thing I didn’t mention in the prior post was that I had to wait for my sister to come pick me up at the hospital, since I didn’t know ahead of time when I was going to be discharged. So I had to just sit there in the lobby, in the wheelchair, with the aide right there with me. He wasn’t allowed to leave me. It was embarrassing for me and probably for him too. I mean, what the hell was going to happen? I was just sitting there. I kept apologizing to him, but he’d just say, ‘Hey, I’m getting’ paid. No worries.”

Still, I could have walked out and did jumping jacks… (OK, very narrow ones)… I could certainly handle sitting in a chair.

Bluz, I am just so glad you went though with this, and I thank Pinky for being so tenacious! It is always awful going through procedures and somehow I do think it's worse for men. You guys just feel you can handle every situation---alone and with your strength. That works sometimes, but this is something important. We all love you and need you around, DUMBASS! :)

Does your sweet little mother know about all of this?

Fuck with you... and run up the bill. I remember almost choking when I saw the bill and what they charged me for a damn tooth brush after my accident. Best generic $30 tooth brush I ever had.

My dad had a lot of that stuff done. Had an irregular heart beat that had to be zapped back into line by electric wires through the groin. He ended up have open heart surgery but he also had an irregular sized heart, which is much more problematic.

He's still kickin' twenty-plus years later and in his 70s.

Cher,
There is a certain helplessness associated with undergoing treatments like this, and it’s something I’m not used to. I spent a lifetime being relatively indestructible and to have something like this pop up out of the blue and be completely out of my control was pretty jarring. I don’t recommend it. (The condition, not the treatment.)

Just having to rely on others like my brother, sister, or Pinky, for rides to and from the hospital was humbling. I hate to ask anyone for anything, especially something I feel quite capable of doing myself.

Carpetbagger,
No kidding about the bills. I noticed it when they asked about what pills I take every day… I listed several vitamins and a Zyrtec, so that’s what they brought me the next morning… and then charged me about what your toothbrush cost. I don’t think it’s any accident that you don’t see the bill until you’re gone. Otherwise, I’da been hacking up those pills right quick.

Crap dude, I come here after a hiatus and find friggin heart caths?! Speaking of, my girl peachy had one last week. Guess who didn't have anesthesia when they cut on her groing? Mmmhmmm. Apparently there's a petite italian doc with frozen peas on his nuts.
I am really glad to hear you shaved the night before. Good call. I did the same before giving birth to the second child... learned my lesson after the first one. Gave up because I couldn't see and they had to, uhm, do stuff, uhm, after I gave birth. Self shaves are always the way to go.

Also, new rule. No dying! Arrythmia or not, you hear me mister?!
:)

I don’t think you saw the preceding post but unfortunately, I wasn’t smart enough to shave myself the first time. Never again…

Lastly… welcome back! Don’t be a stranger!

I plomise to be around more. 3 posts in 2 days? Oh yeah baby!

See what I did there? I didn't promise ;)

All I have to say about this is:

Mrs. Bachelor Girl,
That's what Pinky has been saying ever since. It's the trump card she plays in every argument...
"Well, I saved your life!"

Miley,
And here I just thought you were turning Japanese.

I've had to figure out how to respond when Tom has medical stuff done. He's an ex-Marine and tough in any circumstances, but I've always been weird in hospitals - am I supposed to act like they're in constant pain or like I don't notice the awkward stuff he's having done to him by a nice old lady? Blech.

I'm glad Pinky made you do something about it. Preventative is a lot more life-compatible than reactionary measures, dude.

Cristy,
Don’t watch the awkward stuff, and then just go based on his demeanor. As an ex-Marine, he probably doesn’t want fussed over.