The Fraud of "Voter Fraud"

I saw a letter-to-the-editor in today’s Baltimore Sun that got my shorts in a twist again.  It was in response to a solid Leonard Pitts column on Sunday that called the black community into question for their silence on the attempts to dump the poor, the elderly and the young from state voter rolls.

The letter writer believed that these transparent attempts at disqualifying Democratic voters were actually valid, because someone found a couple of dead people and pets (dead and otherwise) that were registered to vote.

He also claimed that asking for an ID is no big deal because sometimes retail stores ask for IDs when you charge a purchase.  You can read the full letter, here.

After the smoke cleared from around my ears, I submitted the following letter to the paper:

Leonard Pitts was spot on, in his column about how people are silently standing by while thousands of voters are being purged from the voter rolls by Republican administrations, under the guise of ferreting out voter fraud.

Letters like the one headlined “Voter ID no threat to black civil rights, July 17,” demonstrate how twisted the logic becomes, to justify this blatant attempt at voter suppression.

As has been widely reported, Justice Department investigations prompted by the Bush Administration turned up scant evidence of voter fraud influencing any national elections.  Yet we are to believe that the goal of purging a handful of names from voting rolls should take precedence over erecting barriers that keep thousands of poor, elderly, or young voters from exercising their Constitutional right to vote?

Is purging voter rolls in Florida really more important than the resulting consequence, where thousands of valid, legal registrations were wiped out of the system without verification that they were indeed non-citizens?  And we’re to think that it’s all just a big coincidence that these registrations overwhelmingly came from people that traditionally vote Democratic?  Please…

Another red herring is the bit about being asked for an ID at the store.  When shopping, if you don’t like the policy, you can shop somewhere else.  There’s only one time and place to vote in a given election.  To interfere with that right is to go against a fundamental principle for which this country stands.

Apologists also love to bring up the Miami mayoral election of 1997, which was nullified due to rampant voter fraud.  What they don’t mention is that the fraud in that case was due to the mass filing of absentee ballots.  Obviously, none of the Voter ID bills affect absentee ballots, which makes the “Miami” argument nothing but a red herring.

Obviously, ineligible voters should be removed from voter rolls, but it should be done in a careful, systematic way and carefully verified.  It should NOT be done in an election year rush, in a partisan attempt to influence the outcome.  As for requiring voter IDs, Mr. Pitts is right, that it’s nothing but a sledgehammer solution to a mosquito-like problem.

Because I was trying to keep it short, I didn’t mention how easy it is for others to sit back on their big, fat, white, asses and decide what extra steps that other people should take, in order to exercise the same privileges that they have.

“Sure, you people without cars, or who are too old to drive any more… all YOU have to do is catch a ride  or take the bus down to the DMV and stand around on your bad knees for a couple of hours, shuffle some papers, pay your fees, and get your new State ID.  Meanwhile if I have to wait for a cashier to change her register tape, I’ll lose my shit on her and puff like Rush Limbaugh walking a flight of stairs.”

I probably should have cut the bit on the Miami election, but I already saw someone mentioning it in the comments online, defending that letter.  People love to grab at that one exception to “prove” that the thousands of other instances are invalid.

I also wanted to really nail down how obvious this whole thing is, this effort to suppress Democratic voting, and highlight the consequent twisted logic that conservatives are forced to adopt (in public) in order to justify the practice.  It amazes me how easily it happens though… If Fox says it enough times, the sheep believe it.

I’ll let you know if my little rant gets any traction.

Oh, and the Baltimore Sun is a pay-site now… no pay, no commenting.  I couldn’t even submit my letter online; I had to email it.  But at least you can still view for free.

In other news, just to end on a lighter note, I saw an article online about how authorities found a couple of bodies that had washed up from the Detroit River.  The heads, hands and feet had been cut off.

If this happened in Arizona, people would be screaming about Mexican drug violence.  Who are they going to blame for this one?  The Canadians?  Right, like there’s a gang of plaid-shirted lumberjacks running amok. 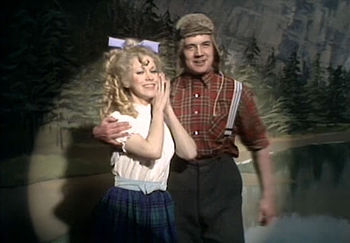 Actually, this tragedy was probably home grown, right there in Detroit.  I wonder how much it would take to pay Canada to take Detroit off our hands…


Late Update:
They haven’t run my letter online yet, but they did run one from someone else that takes issue with the original offending letter.

If only I could learn to make such powerful points in so few paragraphs.


Even Later Update: You can see Misty's post about our lunch, described in my previous post, by clicking here.
Posted by bluzdude at 6:42 PM