Weekend with the Boys

My parents were in town this weekend, to watch my nephews while my brother and sister-in-law were out of town.  There were many activities on the schedule.  Having two active boys means there is little free time during the day.  The younger one had a floor-hockey game on Saturday and baseball tryouts on Sunday.  The older one had baseball practice and a scrimmage on Saturday.  We had to do some scrambling just to watch the Pens games, both of which were on during the afternoons.  (Thank you, DVR!)

Somehow, we went from beautiful baseball weather on Saturday… 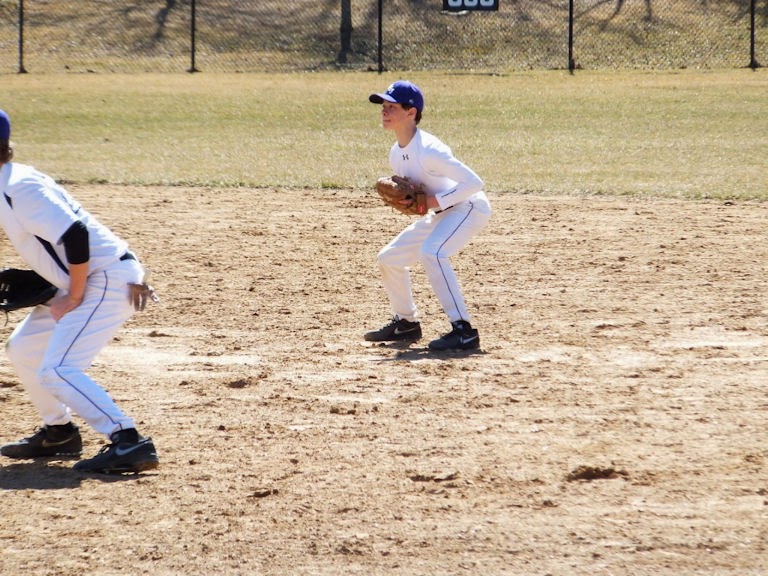 …to this on Monday: 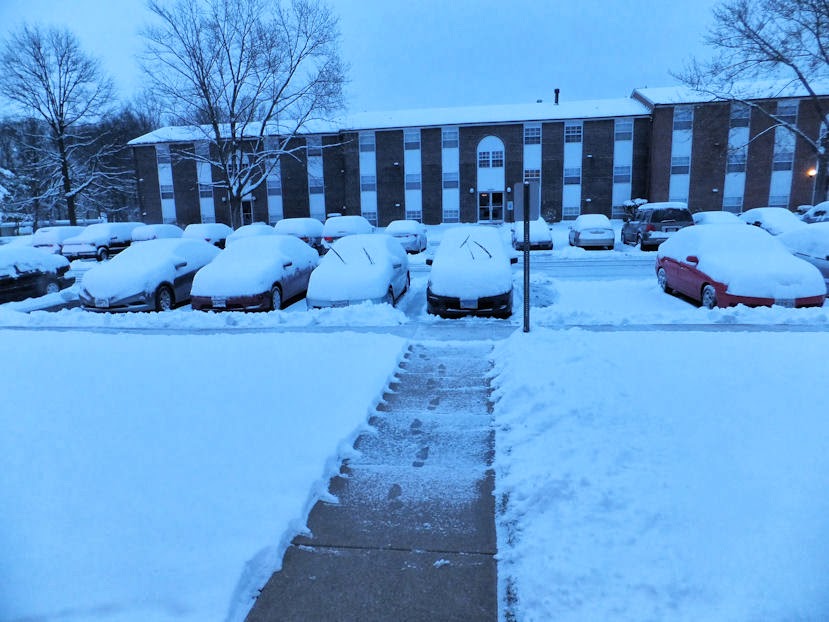 Apparently, we’re postponing The Summer of Bluz, and continuing with The Winter of my Discontent.

Anyway, I spent most of my weekend with the folks and the boys, hence the lack of a weekend post.  But it was great fun.  I always enjoy hanging out with the boys and my parents, and it’s rare when I get to see both at the same time.  Plus my parents got to engage in some high-quality grand-parenting time (which mostly consisted of telling funny stories about the boys’ daddy).  By the way, that’s a staple of “Uncle-ing” too. 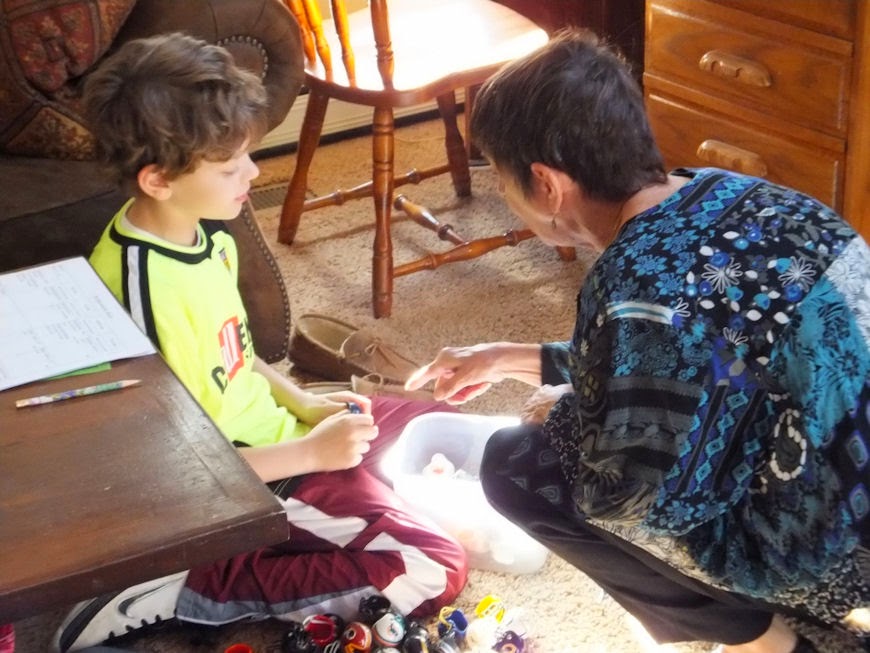 When I came home Friday night, I found that the package of my newest game jerseys had arrived, fresh from China’s finest sweatshops. 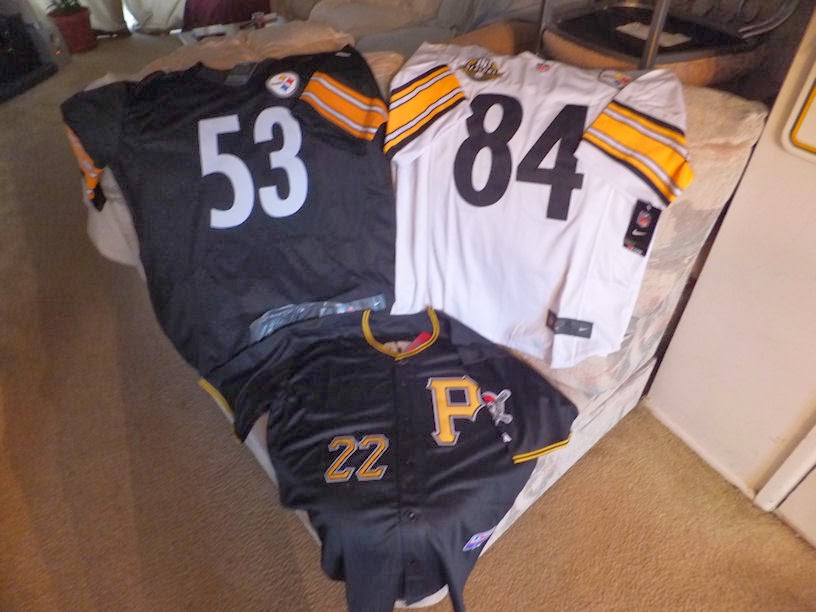 Three of the four.

By the time shipping and insurance was added in, they came to about $25 per jersey.  That’s nice and all, but you have to remember you get what you pay for.  Their quality control isn’t exactly the tightest. 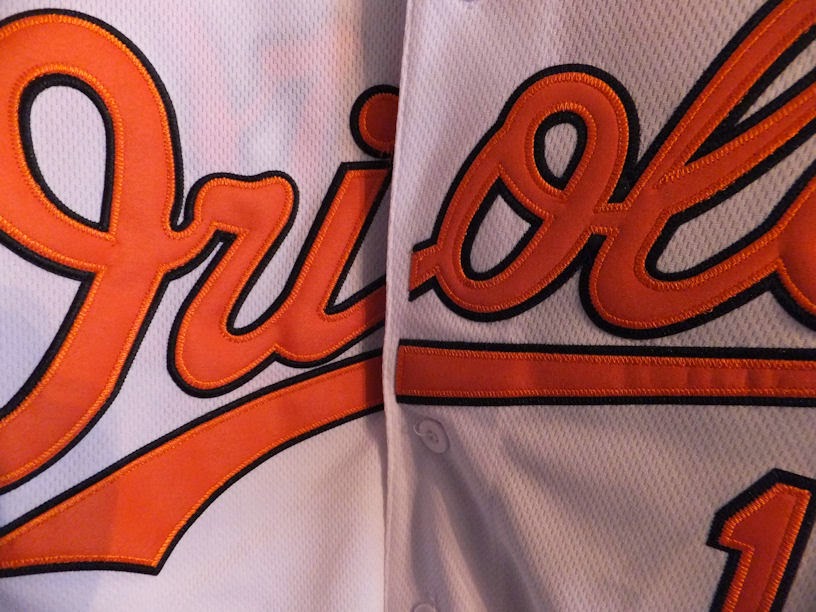 This is the fourth.  See how the lettering has a gap in the middle?  Both sides are supposed to meet, flush.  Maybe I should augment it with an orange Sharpie.

This is the second Manny Machado jersey I’ve gotten boned on.  The previous, one upon which I spent $100, (through legitimate channels), was missing the front-side number, and the inner lettering had drawn-on stitching.  Also, that was the jersey I was wearing last year when I took that slug of cold beer and knocked my heart into A-fib.  So maybe this is Nature’s way of telling me I should leave the Machado jerseys alone… as if it being #13 wasn’t enough. 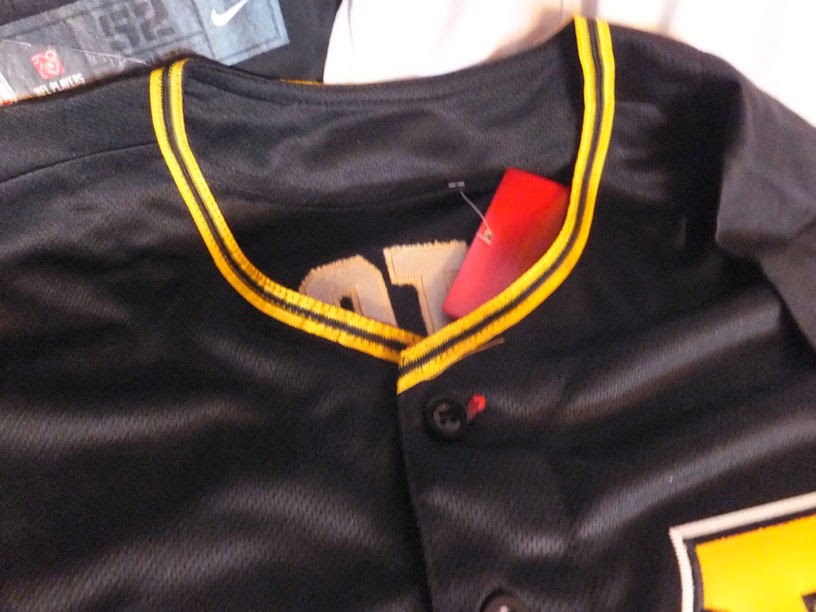 They didn’t get the collar trim right on my new Pirates/Andrew McCutchen jersey either.

Also, if you look at the picture with the three jerseys, I think the white Steeler jersey has two extra black stripes on the sleeve.

Anyway, that’s the risk you take when you go the Chinese knockoff route.  Still, it beats spending $300 a jersey.  I can get mustard stains on a cheap jersey just as easily as an expensive one.  That said; I can’t wait for baseball season!

On a less optimistic note, I was saddened to read of the passing of comedian David Brenner.  Not only was he a brilliant comic, he was an inspiration to me.

About 25 years ago, I was toying with the idea of writing a book, but I had no idea how to approach it, or what to even write about.  Then one day, I noticed a book by David Brenner on my bookcase, called “Hot Pretzels with Mustard.”  It was one of my favorites, and in it, he basically just wrote about funny stories and practical jokes from his childhood up through becoming a famous comedian.

I realized that was the exact approach I could take to write my own book.  Not only could I just tell stories, I could write them in any order, at any time.  I wouldn’t have to sit down in front of that blank tablet and proclaim, “I am going to write my book now!”  That’s a lot of pressure.

Instead, I could knock out a story whenever I felt like it.  Then one day when I had enough of them, I could tie them all together and voila!  Instant book.

So where is this book now?  You’re reading it.
Posted by bluzdude at 6:38 PM