Once Saturday was over, we finally got some decent “pool” weather, so we took advantage of it.  Of course on Sunday, we had to go and visit Lowes and Walgreen’s first.  If my folks don’t show up at Walgreen’s on Sundays, they send the EMTs to the house.

One of his neighbors tipped my dad off that Lowes had a big sale on mandarin orange trees, and since Dad recently had to scrap his old one, (which hadn’t yet yielded much of anything,) it seemed like a good time to replant.

We found one with the five or six future oranges on it, and away we went.  Of course, I had to move a little slow… when I bent over to look at the tag at the bottom, my lower back went out.  Had to baby it for the next couple of days.  (Luckily, it worked itself out by the time I had to leave.)

Anyway, we retreated to the pool, for a little splash and float.  Who knew we had spies among us.  Aside from the blue jays, cardinals, doves and other various birds, there seemed to be a meeting of lizards and reptiles around the pool. 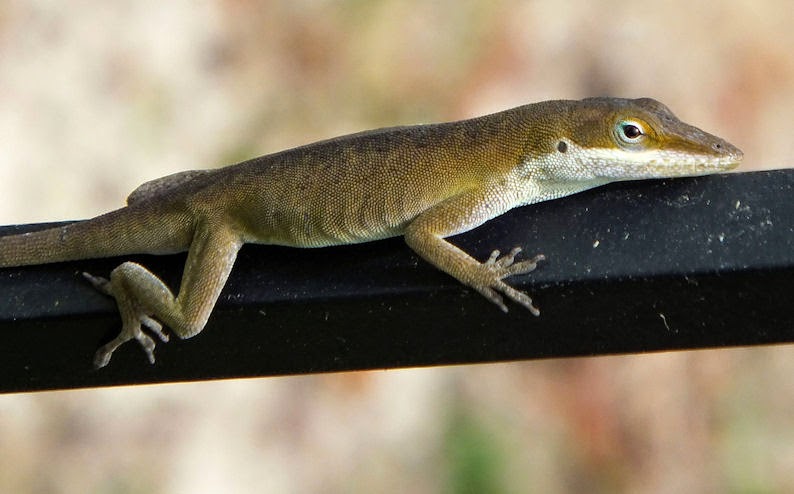 This guy wanted to sell me insurance.

This guy also hopped on over for a visit… 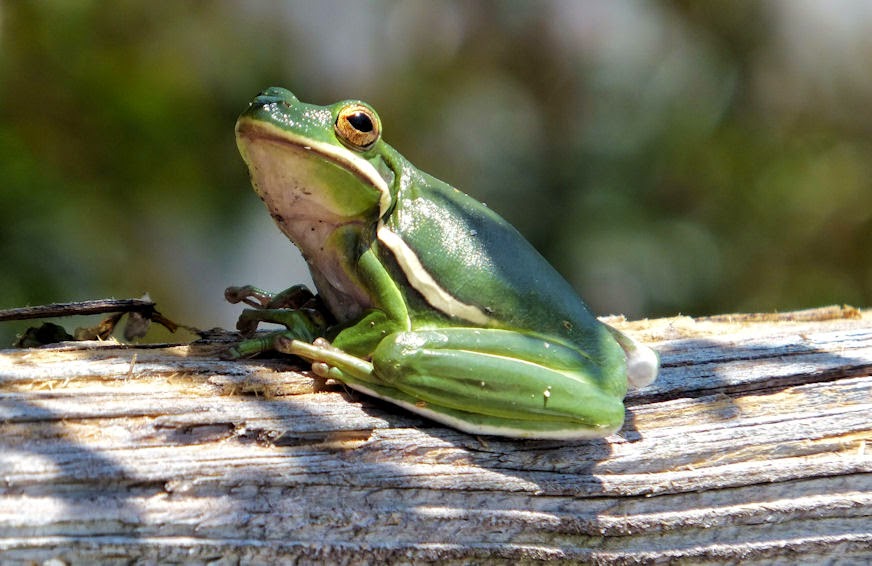 No need to go to the zoo, when you have a pool in Florida.

Sunday night, AKA Mother’s Day, we had homemade ravioli.  I apologize for not getting any pictures.  I was too busy scarfing them down.

“What?” you say, “Making your poor mother cook on Mother’s Day?”

Well, it wasn’t my idea, but Mom already had the ravs all made up in advance.  She just had to mix up the sauce and toss the salad.  We went out for the Big Mother’s Day Dinner the next night, when there would be plenty of tables and no crowds.  My parents are retired; conventional schedules are meaningless to them.

Sunday night was another Penguins game, and despite my hand-selected game jersey, the Pens lost another one.  My problem was that I selected the jersey that had worked while I was at home!  Next time, I’ll need to account for being on the road.  What can I say?  The Mojo Arts are an evolving discipline.

When I booked my return flight, it was long before the playoff schedules were announced.  It was just my bad luck that my flight wouldn’t land until 7:30, with the Pens playing Game 7, starting at 7:00.

I also didn’t realize that taking my to the airport would cost my dad a lunch with the ROMEOs.  (Retired Old Men Eating Out.)  They’re still getting press, from time to time. 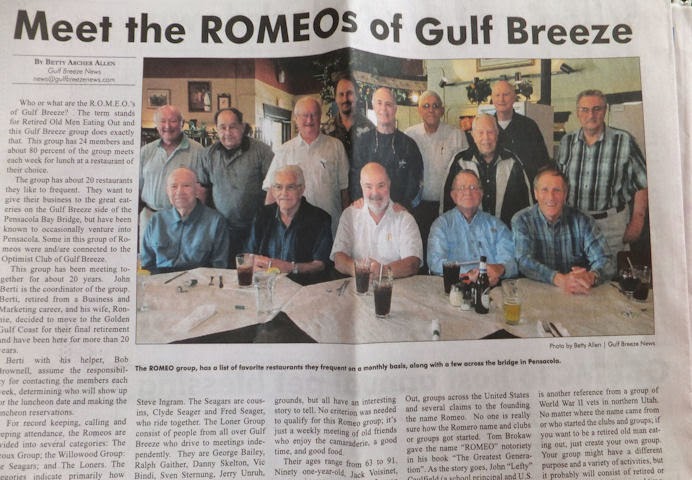 Anyway, my flights were smooth and uneventful.  I got home just in time to see the Rangers take the lead, about halfway into the 2nd period.  Oh well… now I don’t have to worry about scheduling around hockey, until October.

So, it wasn’t a vacation full of adventure, but it was the kind I like best… just sitting around with good people, eating, drinking and talking.  It’s a chance to unwind and just “be.”

Still, there were some other little bits I thought I’d share with you.  (Here comes the “photo dump” portion of the post.

When I first got there and dropped my stuff in the guest room, Mom had left a newspaper clipping for me that was a bit startling. 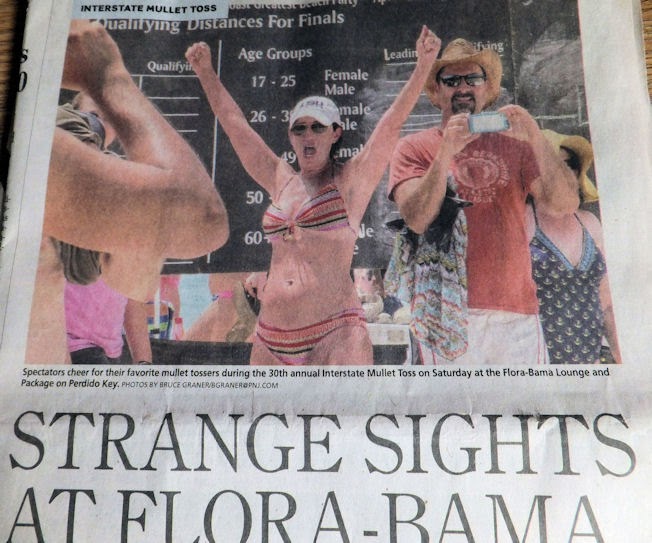 I totally don’t remember being at any Mullet Toss!

That’s because I wasn’t… that’s just some dude that looks a great deal like me, when I’m visiting.  (Because I wear a hat like that to the beach and around the pool.)  But I know what you’re asking… “What the hell is a Mullet Toss?”

First of all, it has nothing to do with hair, although it’s a good bet the crowd was teeming with mullets.  No, this is a competition wherein people throw fish for accuracy and distance.  No shit!  Apparently it’s a big deal in Pensacola.

When my folks first moved down to Florida, my mom swore she wasn’t going to go crazy on the flowers again.  But when you have a place that’s so perfect for cultivating them, it’s hard to say no. 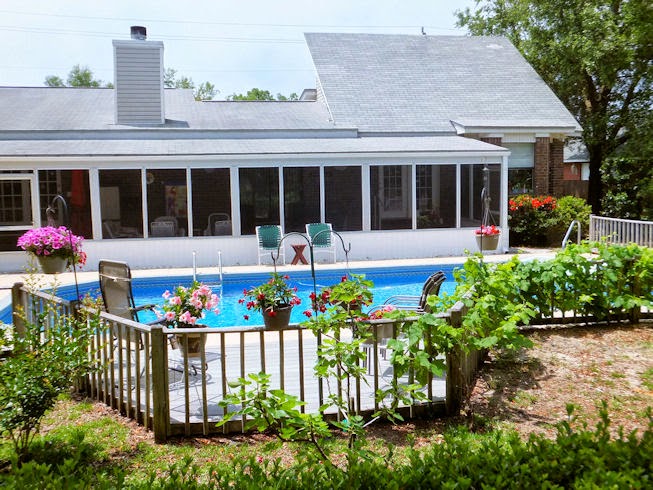 This is the back yard, including the pool and lanai.

Dad has a grapevine going now.  Four years in, this is the first year he’s going to get any grapes.  New bunches are starting everywhere.  I just hope the birds leave enough to make some jelly. 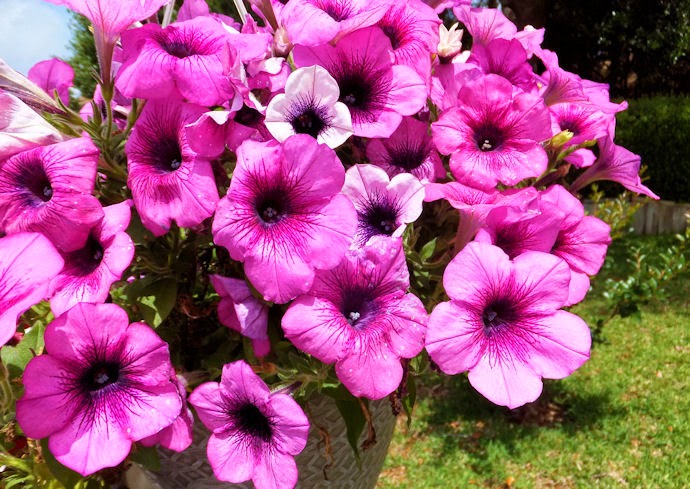 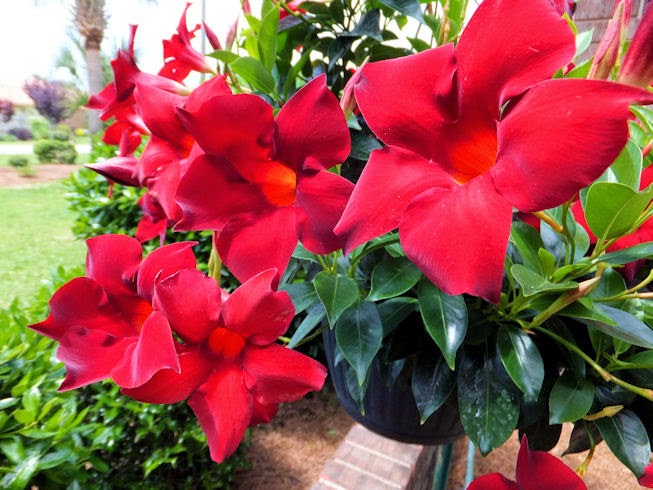 Pretty red ones, out front. (The name of which, escapes me.) 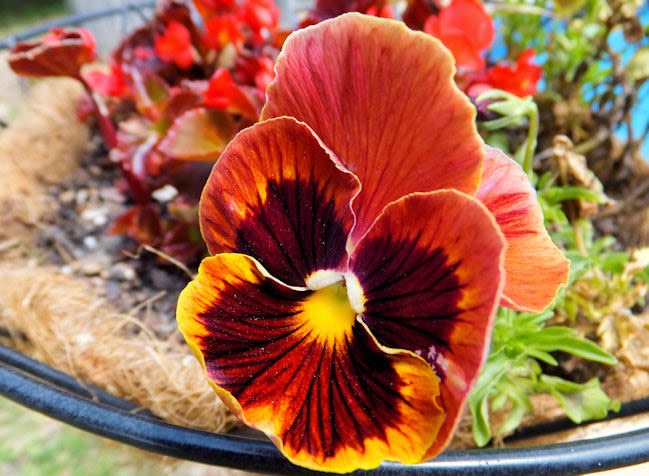 Don’t be such a pansy! 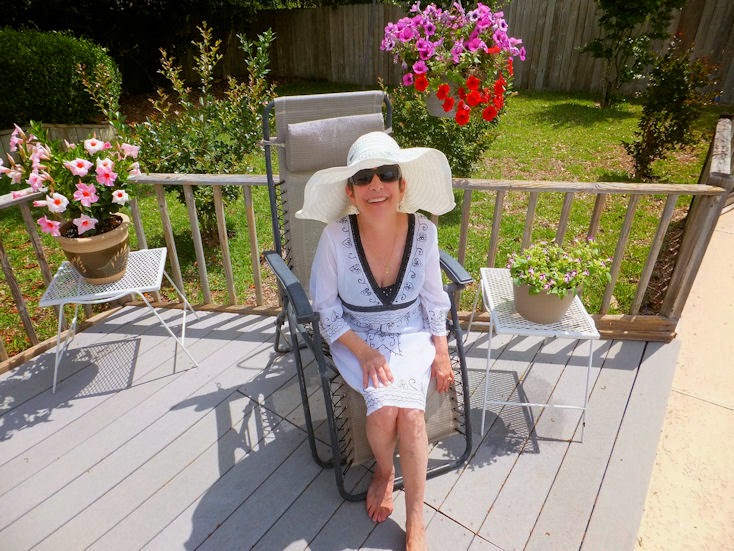 As I took the shot, I told Mom her hat is like a cross between a mushroom and The Flying Nun. 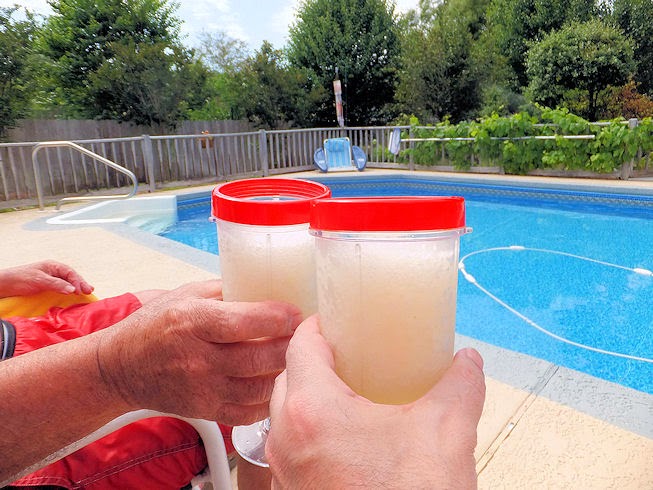 Dad and I toasting with some margaritas, the logical companion to my Vacation Feet pic.  Life is good.

Dad has sole decorative custody of his workout room.  Most of the stuff is related to family, the Steelers, Pirates and Penguins.  Except this: 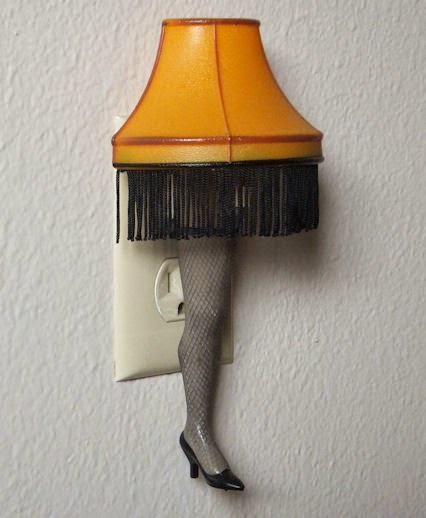 Now THIS is no joke… Dad was at this game… 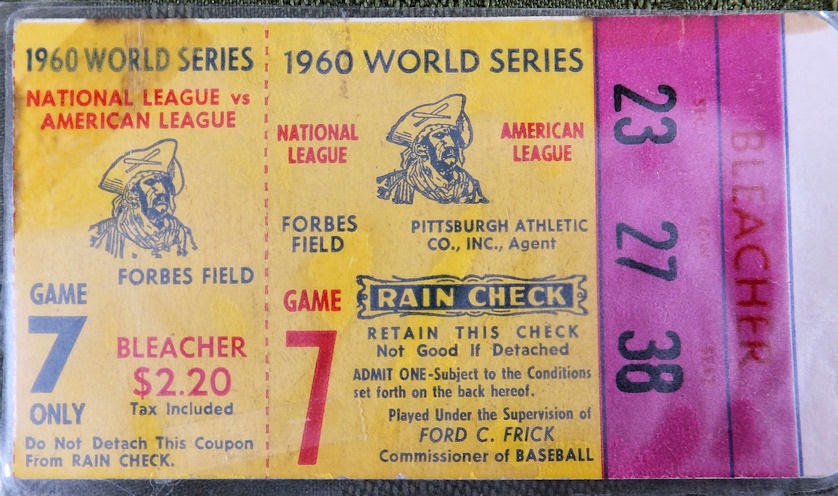 Game 7 of the 1960 World Series; Pirates against the Yankees, where Bill Mazeroski hit the series-winning walk-off home run.

Get a load of the ticket price… Wow.

Lastly, Dad pointed out this really cool view of the full moon, through their skylight. 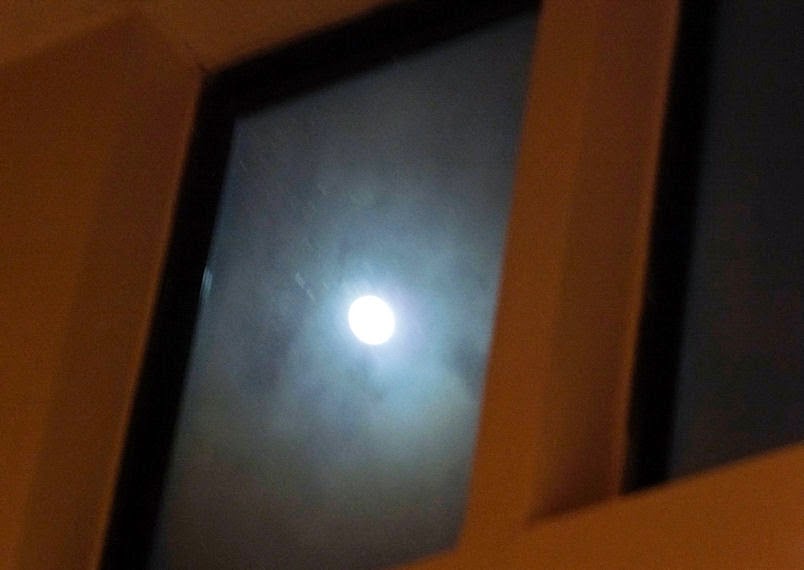 And this is as good a time as any, to put this post to bed.  Many thanks to my mom and dad, AKA, The Elderlies, for rolling out the red carpet and letting me hang out for a couple days.

Director's DVD Commentary: Extra credit to anyone who knows the source of the Froggy quote.  Mom and Dad, you don't count.
Posted by bluzdude at 1:07 PM