Where's Art Vandelay When You Need Him?

I’m sure a lot of people will be posting about the killer snowstorm we had here in the Mid-Atlantic last weekend.  And I already see complaints on Facebook about “Oh God, it’s just snow…”  So I’ll cover something else today.

Do architects actually use public restrooms?  That’s what I want to know, because judging from the design of our men’s room at work, I have to wonder.

As you may recall, last summer our office moved into a state-of-the-art, glass-walled, eco-friendly office building, in the ritzy part of town.  And there is much about it that is quite beautiful... 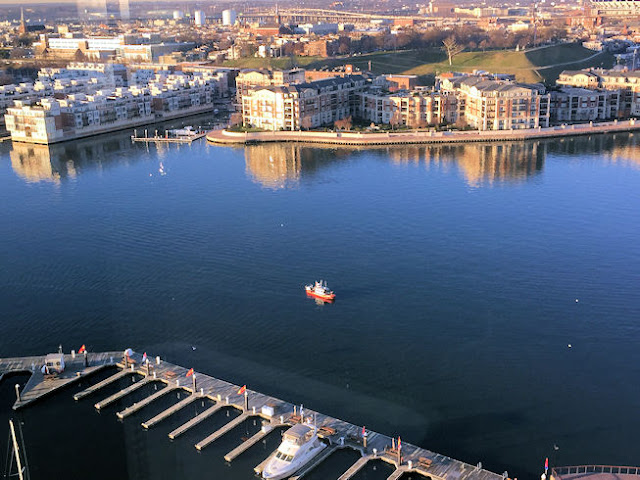 We also have an “open seating” style  floor plan, which I still hate, but am getting used to.  But at the moment, it’s the men’s room that’s the bane of my existence.  There’s just no room… no buffer.  Let me explain.

To start, let’s look at the men’s room layout I came from, at our old building.  It was sweet!  Not only were there tons of stations, both stalls and urinals, but there were hardly any dudes on our floor.  It was perfect.  It was laid out like this: 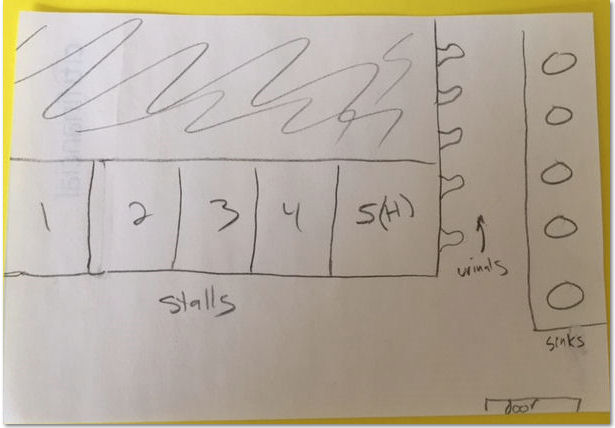 I don’t remember if there were 5 stalls or 7, but you had quite a choice.  I was always partial to Stall #2 because you had to figure, Stall #1 was the prime real estate.  That one definitely saw the most action, on account of it being the furthest away from traffic.  So I’d pick the next one, which was still pretty far away, but much less frequently used.  In other words, I was far less likely to encounter some other guy’s remnants there.

And the urinals?  They were around the corner from the stalls, so usually you barely even noticed if anyone was in a stall.  There was also a time-release bathroom spray gizmo, which kept the funk at bay.

And there were plenty of urinals, so you didn’t necessarily have to rub elbows with a guy beside you.  There was room for an empty “buffer” urinal.  Call it the Movie Seat Strategy.  You know; you never go and sit directly beside some stranger; you leave at least one buffer seat unless the theater is packed.  I think a urinal buffer is even more important because you’ve got your dick in your hand.  A guy doesn’t want to be crowded when he’s in a vulnerable position like that.

So, on to our shiny new showcase of a building… with bathrooms that are a fraction of the size of our old one, on a floor with hundreds of people on it. 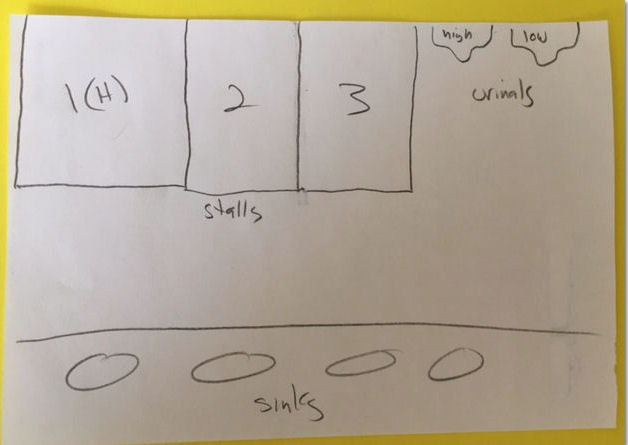 There are only 3 stalls and 2 urinals.  The biggest problem is the placement of the handicapped stall; they stuck it in the most distant place.  So when someone comes in to drop a deuce, if he’s to be a good corporate citizen and avoid the handicapped stall, he can either sit in Stall #2, which guarantees that the next visitor will have to nest right next door, or to go Stall #3 and be right beside a highly used urinal.

With only two urinals, the one on the left is standard size, and the one on the right is the handicapped urinal, which is much lower to the ground.  Because I’m tall, using the short urinal is a problem because it leaves me likely to pee on the top of the urinal.  But if there’s someone bombing out Stall #3, I have no choice.  I have no intention of standing two feet away from someone who’s blasting away in there.

All the architect had to do was put the handicapped stall in the #3 position.  That would make Stall #1 the most attractive option.  And if a second guy came in to pound one out, then he could leave a buffer in the middle.

For the first several months, there was not a bathroom spray mechanism in there, and I’ll tell you, in those closed quarters, it smelled like hot death in there.  All it took was one guy and the whole room was destroyed.

They fixed that, though, although it kind of smells like someone took a dump in a fruit smoothie shop.  But it was a step in the right direction.

Not that this has anything to do with anything, but last week I was in there and all three stalls were occupied at once.  It almost looked like the starting gate of a horse race.  I wanted to set off an alarm clock bell in there and see if the doors slammed open all at once.  “And they’re off!”

Anyway, all this strife is what made me change my own bathroom schedule, to ensure I rarely have to pinch a loaf at work.  (And that’s what makes that whole “fan” thing from the last post, so aggravating.)

So now don’t you wish I just wrote about the snow?

For what it’s worth, yes, we got just shy of 30” of snow here in Baltimore.  It started coming down Friday afternoon.  I had a full fridge, pantry, and liquor cabinet, so I was able to just stay home and ride it out.  Luckily I never lost power… that would have sucked. 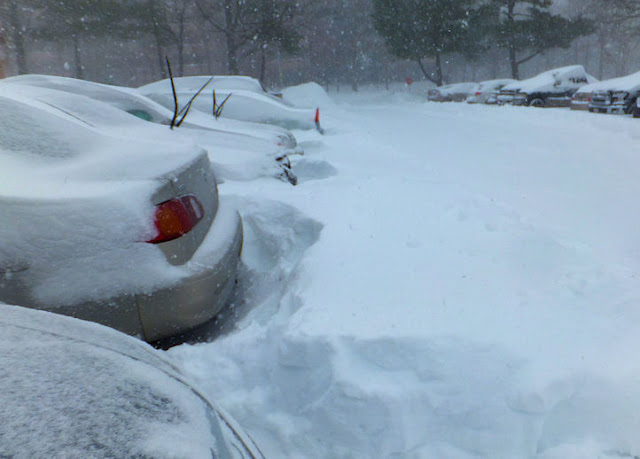 This is from about 11:30 Saturday morning, when I went out to do an intermediate cleaning.  It continued snowing for the rest of the day. 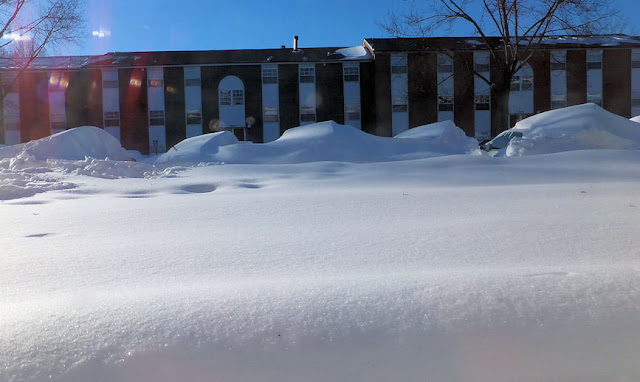 This is what it looked like out my window, Sunday morning.  My car is that lump in the middle.

I worked from home today and am hoping that they got the sidewalks cleaned off enough downtown so that I can make my way from the subway stop to the office.  I’m not holding my breath, though.  They probably just pushed the snow from the roads, onto the sidewalks.  I ought to pack some snow shoes.

But if I have to work from home again, at least I know I won’t have to share the bathroom.

Director’s DVD Commentary: I know I shouldn't have to explain this, but if you’re puzzled about the reference in this post’s title, it comes from Seinfeld.  Whenever George Costanza needed an alter-ego or fake identity, he said he was architect Art Vandelay.