Because I want to write about something other than politics today, 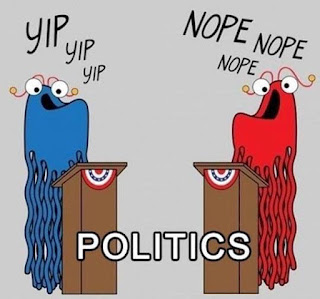 and there’s not really anything else going on, I figured I’d do up another installment of my old concert life, last addressed in February of 2015.  Back when I was in the record retail business, I used to see a lot of concerts… mostly for free, as a perk of the job.  It was one of the few things that kept me going.

At this point in the narrative, I was working in my company’s home office in Albany NY.

2/16/93 – Bon Jovi/Jeff Healey Band, Knickerbocker Arena, Albany, Crossroads tour. ($22.50 comped)  I’d seen Bon Jovi open for the Scorpions in Toledo back in the 80s, and seen Jeff Healey headline Peabody’s in Cleveland, so their roles were reversed on this night.  Seemed wrong seeing Jeff Healey on a big arena stage.  I felt he belongs in a small grungy club like the Double Deuce.  They could have at least put up some chicken wire in front of the stage.

March 1993 – Queen Ida (headlining Mardi Gras Night), Proctor’s Theater, Schenectady NY.  Went with the wife.  She loved Cajun music.  They made this ornate theater look like the French Quarter of old New Orleans.  They even had people up on the balconies in the atrium throwing down beads.  (And you didn’t have to show off any body parts to get them!)

3/18/93 – Howie Mandel, Proctor’s Theater. ($25.50)  Before he was a talent show judge, Howie was a great standup comedian, with boundless energy and a slew of voices.  My favorite bits were when he’d go into the audience and just riff off of people.

6/1/93 – Norman Nardini, The Metro, Saratoga Springs NY, Breakdown in Paradise tour. (comped)  I wrote extensively about seeing and hanging out with Norm in my “Brushes” series.  Norman Nardini was a guitarist out of Pittsburgh who I first saw playing at our company’s annual convention, and just rocking the place. 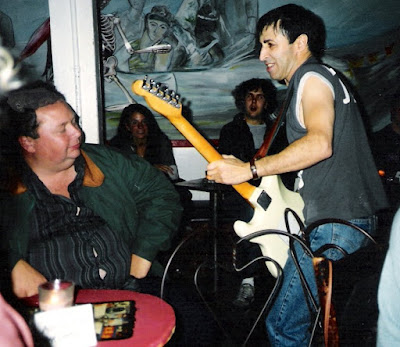 Norm in Greenwich Village, about to rock this guy’s face off.

Went with the wife and two of her friends, my boss, and my other boss.  In between sets, Norm would come and hang out at our table.  This was the first time I saw him work a room full of people who didn’t know who the hell he was, and have them eating out of his hand by the end of the night.

July 1993, Buckwheat Zydeco/Beausoliel, headlining the annual Cajun Festival at Saratoga Performing Arts Center (SPAC).  Took the family and wife’s friend’s family.  Picnic out on the grass, with lots of games, beer, and dancing to Cajun music.

8/29/93 – Charlie Daniels Band, Starlite Theater, Albany NY. (22.50)  Third time seeing the CDB, but the first time in 11 years.  You always know what you’re going to get, though.  I don’t listen to much country music, but when I do, I like it shit-kicking, the way these guys play it.

10/31/93 – Joe Satriani at the Hard Rock Café, NYC, and Norman Nardini at Kenny’s Castaways, Greenwich Village, NY. (Comped)  Came into “The City” with some execs from work, along with the wife and her girlfriend, to see two shows in one night.  The Satriani gig was “invite only,” then we cabbed it across town to the Village to see Norm again.  Details are in the post I linked in the previous Norman listing.  Great night.

November 1993 – Dan Baird/The Poorboys, Folk Songs for the Hearing Impaired tour, Saratoga Winners. (Comped)  Dan Baird was the lead singer of the Georgia Satellites, and on a solo album tour in '93.  Wrote about this one, here, because this was the show where the wife finally became unafraid of the rock stars.  We met Dan Baird and the two of them just started talking like old friends.  (Even though she probably hadn’t heard of him before that night.  Actually, that probably helped.) 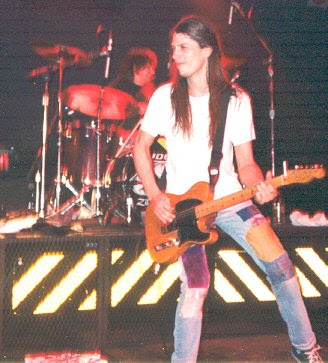 11/23/93 – Meat Loaf, Bat Out of Hell 2 tour, Orpheum Theater, Boston. ($28.50 comped)  This was a wedding present from the guys at the office; tickets to a “warm-up” gig in Boston before Meat embarked on his massive multi-year tour supporting his new comeback album.  (I wrote about this show as well, in the post linked directly above.)  The only opening act was a string quartet, playing Meat Loaf songs, up until the show started and they were literally chased off the stage by the guitarist, unleashing power chords in their faces.

January 1994 – Janet Jackson/Tony Toni Tone, “Janet Jackson” tour, Knickerbocker Arena, Albany. ($40.00)  Until 2008, this was the most I’ve ever paid for a concert ticket and this one hurt because there were four of us going. (Took the wife, her son, and niece.)  Great show, though.  Janet obviously learned how to put on a spectacle from her brother.

One part rang false, when she pulled some slob out of the crowd, sat on his lap and sang to him.  Dude was whimpering like a schoolboy.  I was wondering how they knew he wouldn’t try to do something, like unsnap a piece of clothing…  When I got back to work, I asked my mentor, Vinnie, about that bit.  I said, “Was that guy for real, or was he a plant?”

Vinnie said, “Total plant.  She pulled the same guy when I saw the tour in Boston.”

3/7/94 – Melissa Etheridge/Matthew Sweet, Yes I Am tour, Palace Theater. ($35.00)  Took the wife backstage to meet Melissa (second time for me), but unfortunately, we never got individual pictures.  Someone took a group shot, and I did have a copy but lost custody of it in the divorce.  Details on meeting Ms. Etheridge and my getting all clammed up can be found here.

To be continued, the next time I’m out of ideas.