I have a weird way of “watching” political debates now.  I pretty much just listen to them, because my nose is buried in my Twitter feed.  I’m either posting a reaction or rolling through other people’s reactions.  So excuse me if this post ends up a little Twitter-centric.

***
I have to give the Republicans credit for not stepping on their dick coming out of the gate, like they did during the VP debate:

Nothing like letting your hack-dom shine through by announcing a winner before the debate even started.  Not that everyone doesn’t know it’s a foregone conclusion.  Pence could have thrown up on the stage, crapped his pants, slapped Kaine with his dick and then collapsed in a puddle of his own waste, and they still would have called him the winner.

But back to last night…

The opening credits included a family shot of the wholesome Trump boys.  I noticed this even during the old Apprentice shows:

When Hillary was talking something about the innate goodness of people, I had to wonder about her judgement, or at least if she’s ever seen the internet:

I wonder if Hillary has ever seen the comments from any online news story, ever. #Debate
— bluzdude (@DarwinfishBluz) October 10, 2016

It didn’t take long for the moderators to bring up the news of the day; that being Trump’s new “Who Wants to be a Millionaire Molester” videotape.  Over and over, he said it was just locker room talk, and claimed it should be dismissed because it wasn’t as important as the atrocities committed by ISIS.

Kind of a low bar to clear, don’t you think?  Is that the new rule now?  Anything goes as long as ISIS is doing something worse?

Here’s the part that I didn’t see being addressed.

If he can criticize his opponent for the actions of her spouse, he should damned straight own up to his own faults.  But then it’s only a big deal when Democrats do it, right?

For a while, I actually thought this town hall format would keep the interruptions to a minimum, but as the night wore on, we were right back to the family argument over dinner.

A number of times, Hillary tried to “debunk” Trump in real time, but time constraints made that impossible.  To the TV, I implored her to take my advice:

HolliRy should use the Gambini Defense: "Everything that guy just said was bullshit. Thank you." #Debate2016
— bluzdude (@DarwinfishBluz) October 10, 2016

Director’s DVD Commentary: Man, I have GOT to remember to review before tweeting.  “Holliry?”  But come to think of it, that would be a good one if I were a Republican looking to come up with a campaign pejorative for her… “Hollery.”

And honest to God, I think she heard me.  She didn’t use all of the Gambini Defense, but she was there in spirit, when she said, “Everything he just said is absolutely false and I am not surprised.”  I expect a job offer from her campaign any minute now.

For someone who’s supposed to be a tough guy, Trump sure whines a lot. How many times did he complain to the moderators that she was getting more time than him, or that they were all against him?  “Three against one,” he said.  He sounded like a little boy complaining that his sister got a bigger piece of cake than he did.

Trump playing the Everyone's against me card. All Hillary should do is stand there and make the universal "jerkoff" motion. #Debate2016
— bluzdude (@DarwinfishBluz) October 10, 2016

In his renewed attack on Obamacare, he actually went after the Canadian health care system. I don’t understand why the guy is harder on our friends than our enemies.

He's having a go at Canada now. Gee, they already apologized for throwing that beer at the Wildcard game. #Debate2016
— bluzdude (@DarwinfishBluz) October 10, 2016

He went on to proclaim what a disaster the ACA is and how he’s going to repeal it (as if he can do so without Congress doing it first).  The one thing the GOP never acknowledges about Obamacare is the great lengths they’ve gone to, to ensure it doesn’t succeed.

Obamacare would be a lot more effective if the GOP governors weren't turning down all that Federal money. #Debate2016
— bluzdude (@DarwinfishBluz) October 10, 2016

You don’t get to obstruct every effort at success and then complain that it doesn’t work.

Another thing that pissed me off was all the stuff about how Hillary “had 30 years” to do this or pass that.  It tells me that Trump has no idea of how our government actually works.  Or more likely, he does know but is counting on his supporters not knowing.

30 years? Does a First Lady make policy? Does the SoS do anything but what the Pres wants? Can one Senator pass anything, esp w/ a GOP Pres?
— bluzdude (@DarwinfishBluz) October 10, 2016

Again, he criticizes the Clintons and a couple of big donors for doing exactly what Republican donors do; take advantage of every tax break.

Gee, Trump, who do you think is financing the GOP? Think the Koch Bros aren't using all the loopholes you're talking about? #Debate2016
— bluzdude (@DarwinfishBluz) October 10, 2016

As Trump went on about how disciplined he is, I tried to feed Hillary another line:

Hillary (I wish): you don't even have the discipline to shut your pie hole when it's not your turn. #Debates
— bluzdude (@DarwinfishBluz) October 10, 2016

Alas, she didn’t pick this one up.  The moderators tried to keep a lid on the interruptions, but I think they were just too polite.  Next time, there’s a better solution: 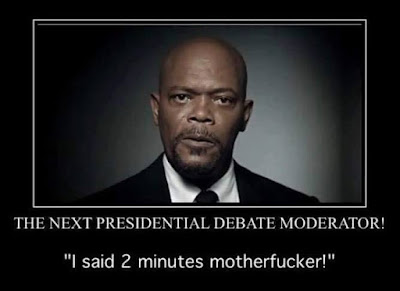 Because I wasn’t really “watching” much of the debate, I missed one of the biggest talking points for the next morning: the way Trump seemed to stalk her around the stage, always seeming to be looming over her shoulder. 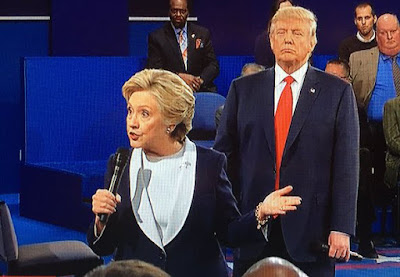 I’m sure it was purely intentional; a way to imprint in everyone’s subconscious that he is large and powerful while she is small and weak.  I just hope people could see through it.  But I doubt it.

Some memes today were comparing it to that famous scene in Alien 3 where the scary monster puts his slimy, dripping face right up beside a terrified Sigourney Weaver.  But I had a different image in mind. 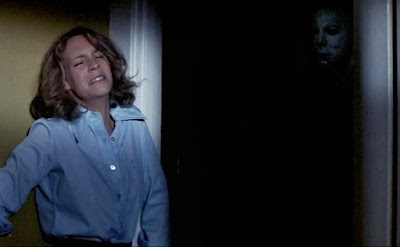 The night HE came home… to an empty mansion.

All night, Trump kept hammering on alleged Clinton misdoings, like the deleted emails, which AGAIN, is something that only outrages Republicans when it’s a Democrat’s emails. 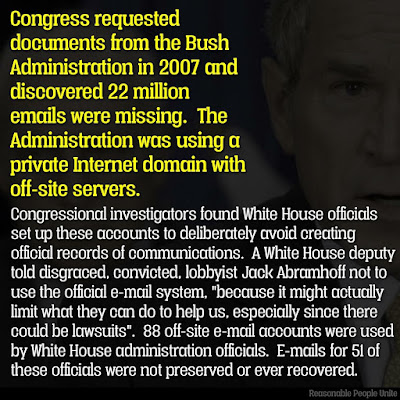 All I can say is that Hillary must be a lot better at covering shit up than Donald is because as far as evidence goes, they ain’t got shit on her and he’s up to his eyeballs in alligators. 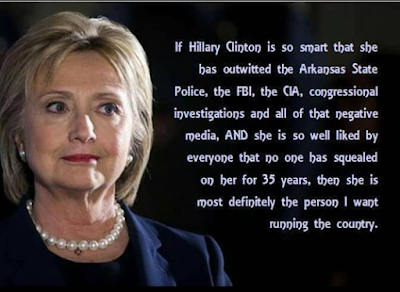 People were talking last week about how Trump might bail out on the last two debates.  In my mind, that’s what Hillary should do.  I don’t see how one more debate can do anything else to help her.  I think there’s enough evidence from the last 18 months of who Donald Trump is and what he’s all about. 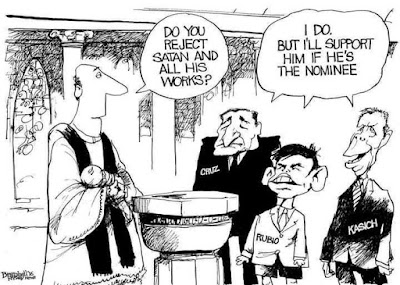 No matter how many more proven fabrications put forward, or feet put in mouth, his supporters won’t care; they’re locked in.  So why continue this dumpster fire of a campaign at all?