Of Sickness and Hockey

It’s been a rough week and a half.

I started coming down with my annual cold on Cyber Monday, with a tickle in my throat.  That begat the dreaded post-sinus drip, which means I had to sleep in my easy chair if I wanted to keep from choking myself awake every ten minutes.

More throat crud Tuesday.  Wednesday and Thursday I worked from home, so at least I wasn’t bothering anyone with my sneezing and honking.  I was already scheduled off on Friday and Monday, so I knew I had time to get back on my feet.

The thing was, the reason I took the days off is because I had plans to go to Pittsburgh for the weekend, with my brother and his sons.  So all week I was worried about not being able to go, or even worse, going and getting everyone sick.

Our original purpose of the trip was to see the Penguins play the Red Wings on Saturday night and then the Steelers/Giants game on Sunday.  We’d stay downtown for two nights and come home Monday.

The problem was the tickets.  My brother picked up some Pens tickets easily, but the Steelers tickets proved to be too expensive, due to the popularity of the visiting New York Giants team.  As a comparison, for the next two home games against the Ratbirds and Bengals, two division rivals, secondary market tickets started around $80.  For the Giants game, they started around $200… and that’s for nosebleed seats.  Then factor in the second night’s stay, with pumped up football prices and you have quite a chunk of change.  (Especially for my brother, who has to cover the boys.)

So we dialed our plans back to just the hockey game.

By Saturday, I felt tolerable and I was pretty sure I wasn’t contagious any longer. The contagious part is usually early in an illness.  As long as I didn’t cough globs on anyone, I figured they should be fine.  I packed myself a travel bag for the car, with cough drops, Kleenex and hand sanitizer.  I also made sure I coughed into my sleeve and blew my nose away from everyone.  Sadly, I had to refrain from my customary hugs for the boys.  I just hope my precautions worked.

Before checking in, we went straight to the west side to see the Aunts and Uncle, and met up for lunch, featuring a classic Pittsburgh massive fish sandwich.  (Sorry, no picture this time.)  But it was memorable because that was the last food I’ve been able to taste.

We checked into our rooms with enough time for me to grab a nap before the game.

We ended up in the 5th row in the corner, at the end where the Penguins shot twice.  The seats were great, as long as the action was in our end.  At the other end, it was hard to look through the glass at an angle.  Everything looked like a funhouse mirror.  Luckily, there was the overhead scoreboard with a live video feed.

It’s funny; I’d be watching the game up on the board when the action was at the other end, but then forget to look back to the ice when it came down to our end, leaving me craning my neck up to watch a feed of the game that was happening 10 feet in front of me.  I got the hang of it eventually. 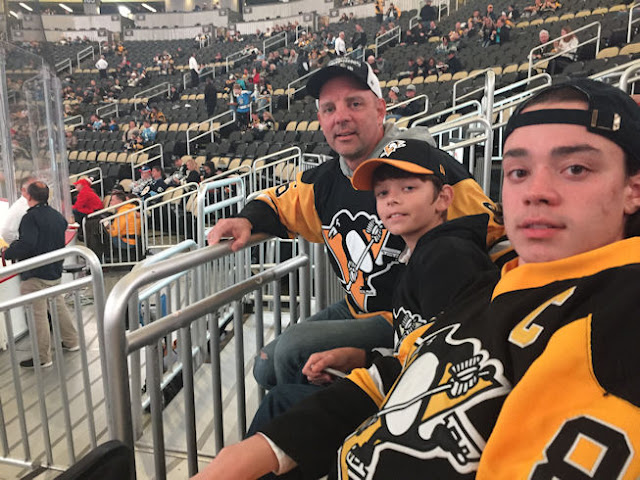 My brother and the boys decked out in battle jerseys.

The game was great.  The Pens came back from a 3-1 deficit by scoring 4 in the 3rd period to win 5-3.  Very exciting.  Daniel and I found ourselves in one of the press shots too. 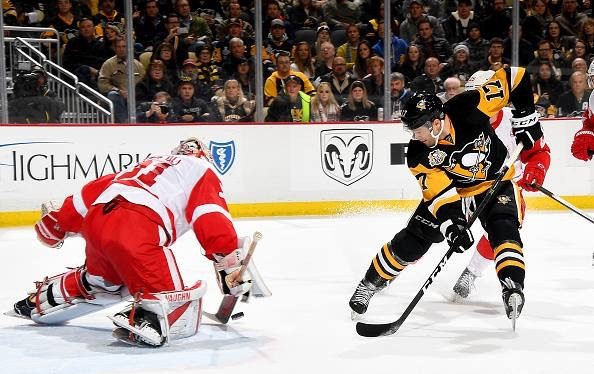 We’re in the upper left corner.  There’s my brother’s elbow and Sam’s elbow right above the rail, then Daniel and me.

We took off early Sunday morning and were home by 11.  I had plans to go to the sports bar to watch the Ratbirds game at 1:00 and the Steelers at 4:30, but I only made it to halftime of the first game.  Only had two beers but I suppose it was the combination with all the cold medicine I’d been taking that made me just want to go right to sleep on the bar.  So I went home and slept straight through the second half before waking up for the Steeler game.

I just laid around on Monday, trying to summon the strength to go back to work on Tuesday.  The cold has pretty much moved to my chest now, so we’re at the disgusting part, where I have to hack great chunks of lung butter into the toilet, just to breathe again.  So much fun.  I’m sure the neighbors just wish I’d hurry up and die already.

But the worst part is that I haven’t been able to taste anything since Saturday, aside from very spicy or very salty.  I expect that when I can’t breathe through my nose, but even when I can, I still can’t taste anything.  I wonder if it’s from the cold medicine or all the gunk.

All I can say is that it better be temporary, or else I might not have much reason to live.

Or maybe this could be an opportunity to eat a bunch of stuff that I hate, but is good for me… (Nahhh)

Both Tuesday and Wednesday, I went into work, went as long as I could, and came home early.  No sense killing myself.  But I did want to get in and clean up some stuff.

That’s all I’ve got for now.  Sorry, there are no big idea or caustic rants today; I’m not up to forming complex thoughts just yet.  So let me just drop a few more pictures from the game… 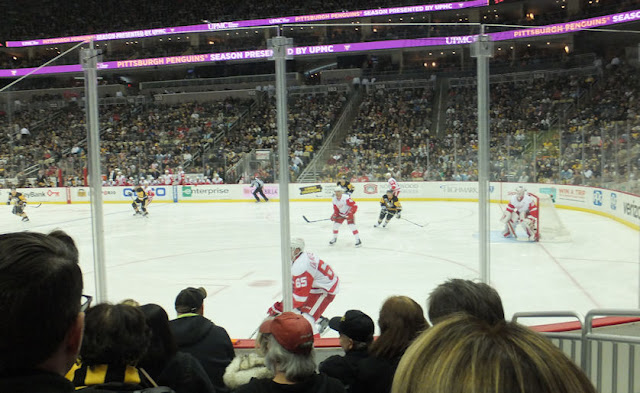 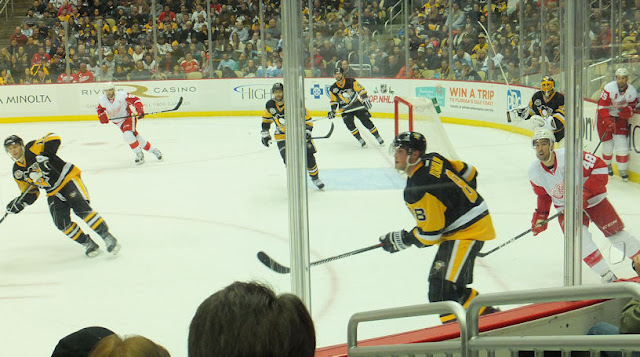 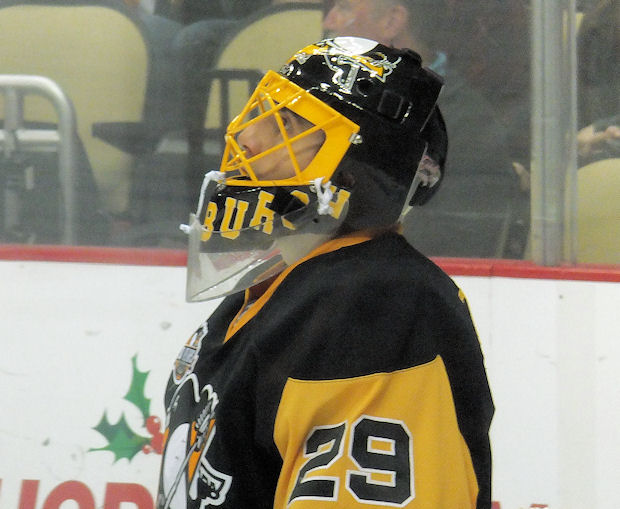 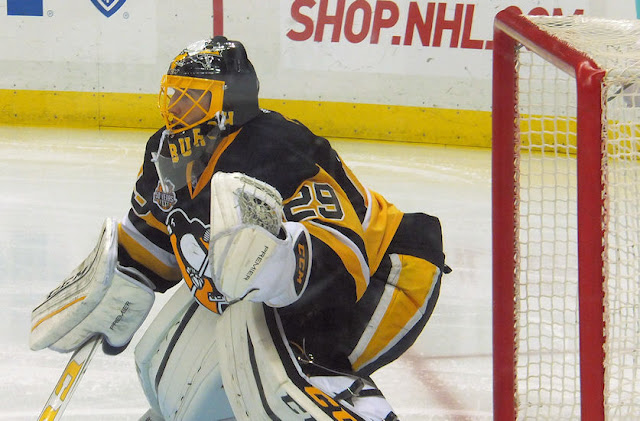 I don’t know how goalies even move with all that stuff on. 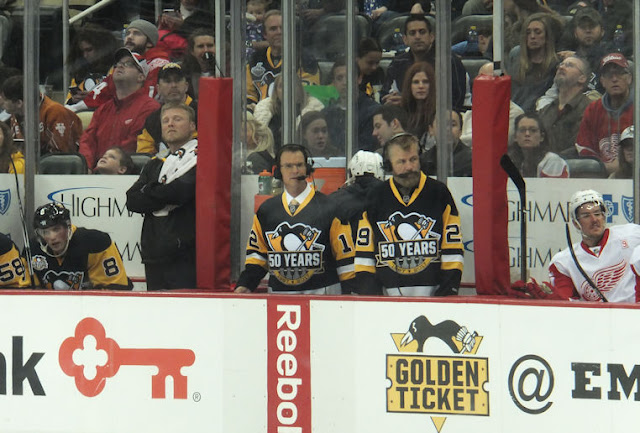 Penguins TV analyst Bob Errey and Radio analyst Phil Bourque, between the benches. Both are wearing jerseys celebrating the Stanley Cup Championship teams of 1991 and 1992, of which they were both members.

Now I need another nap…