One of the things that bothered me about the Republicans for the last several years is the staggering hypocrisy they exhibit.  Now I know politicians lob that bomb back and forth across the divide constantly, but I’m going to demonstrate my point with specifics… a lot of them.

Obstruction
Republicans obstructed everything Obama wanted to do for his entire eight years, although they were most effective during the latter six when they had control of the House and eventually the Senate.  They filibustered any bill they saw fit, meaning anything that was important to the president or Democrats.  They held up judicial appointments until there was no more than a trickle, leaving hundreds of spots on the bench unfilled.  Most famously, they held up Obama’s last Supreme Court nominee for 10 months, for no good reason other than they didn’t want any Obama nominee (who might upset the advantage they’ve enjoyed for the last 40-odd years.)

Goldman Sachs
Trump and the rest of the GOP contenders relentlessly hammered Hillary Clinton because she gave a speech to Goldman Sachs executives.  “How could middle-class Americans trust her if she’s so close to these Wall Street guys?” they asked.

Then their guy gets elected and packs his cabinet and advising staff with six guys from Goldman Sachs.  They complain about her giving a speech to these guys, then put six of them in the White House.  That’s hypocrisy.

Adjacent note: They also complained about Hillary getting paid for her speeches… as if Republicans are beyond paid speaking gigs.  Total hypocrites there too.

Wall Street
The GOP presidential nominees seemed to think that Hillary’s closeness with Wall St (in general) was a major liability.  “How could she represent or understand the needs of the poor or middle class when she’s so cozy to Wall Street?”

Republicans are currently working on a bill that defangs “Dodd-Frank,” which was enacted to prevent the kind of financial collapse that happened in 2008.  Part of that defanging is defunding, eliminating, or removing the independence of the Consumer Financial Protection Bureau, whose only job is to protect Americans from getting conned, misled, and generally screwed by Wall Street banks.

This is essentially a big gaudily-wrapped Christmas present to the banking industry, who will now be able to get back to the business of deceiving its customers, in search of greater profits.  They didn’t really mean any of that about it being bad to be so tight with Wall Street because they’re hypocrites.

Another adjacent note: Trump also signed an executive order eliminating “The Fiduciary Rule,’ which stated that brokers are required to put their customers’ financial interests before their own.  Republicans apparently think that brokers cannot function without permission to steer clients into investments that lose money but earn the brokerage high fees and bonuses.  That’s because they’re hypocrites.

Information Security
Republicans spent years investigating Hillary’s use of a private email server, pretending that it was some kind of great crime and a risk to the nation.

President Trump uses his standard, unsecured, civilian-issue Android cell phone to call, text and tweet.  Members of his cabinet all use a private server set up by the Republican Party.  Nobody cares about information security anymore.  Obviously, it only applies to Democrats, which makes them raging hypocrites.

Travel and Leisure
Obama was castigated any time he was seen on vacation.  In fact, Republicans criticized him pretty much whenever he had to travel, for whatever reason, for wasting the taxpayers’ money.  Any time he played a round of golf, the GOP was in uproar.

Trump has played 8 rounds of golf in 6 weeks, commandeers Air Force One to take him to Florida so he can play his own golf course, and stay at his own resort… all at taxpayer expense.

The black guy and his family are expected to work around the clock, 24/7.  But it’s perfectly fine to subsidize the white guy so he can funnel money into his own investments… because Republicans are hypocrites.

First Ladies
Michelle Obama was raked for anything she did, however benign, from planting a garden to daring to wear sleeveless dresses, which were deemed insufficiently classy.  She was called all manner of racist, repugnant names and held to a standard not asked of any past first lady and especially not the present one.

The internet is full of naked pictures of Melania Trump, but no conservative has dared to criticize her or call her classless.  And if Michelle Obama forced the taxpayers to foot the bill so that she and the girls could stay outside the White House on a semi-permanent basis, there would have been Tea Party riots in the streets.  The Tea Party was supposed to be all about eliminating waste and balancing the budget, right?  Where’s the outrage over the million bucks a day it takes to secure the first lady in Manhattan?

There isn’t any because the Tea Party is full of hypocrites.

Decorum
Obama was criticized for not wearing a jacket in the Oval Office, from time to time (just like every other recent president).  Republicans felt such informality was beneath the dignity of the office.

Kellyanne Conway was photographed sitting on her knees on an Oval Office couch, during a gathering of presidents of traditionally black colleges, like she was hanging out at in her bestie’s family room.  No one from the right said jack shit about it… because they’re hypocrites.  Only Democrats have to meet these arbitrary standards of decorum.

The thing is, these last couple of issues are completely unimportant.  I only highlight them here because they were set up to be standards that Republicans refuse to acknowledge for themselves.  They’re very good at establishing lofty, unrealistic and unattainable goals for their opponents.  But when it’s their turn, we have a case of conservative mass-amnesia.

This is what we have to keep in mind for future campaigns:  The Republicans don’t really care about what they use to criticize Democrats.  The only goal is to get you mad about it, or afraid of it.  They don’t care if it’s true, false or indifferent, and they have zero plans to live up to the same standards.

It’s all about getting you to vote for them, in most cases, against your own financial interest.

They actually convinced 23% of America (in the right places) that the rich real estate heir cares about Joe Sixpack and would look out for him and all his little half-pints.

And as soon as he got elected, the Republicans flipped everyone the bird and went on with directing federal money back to the wealthiest people in the country, which is what they planned to do all along.

Because they’re all fucking hypocrites. 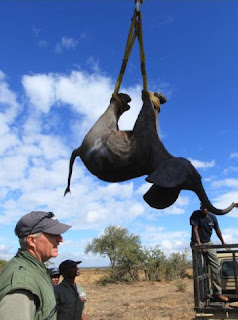